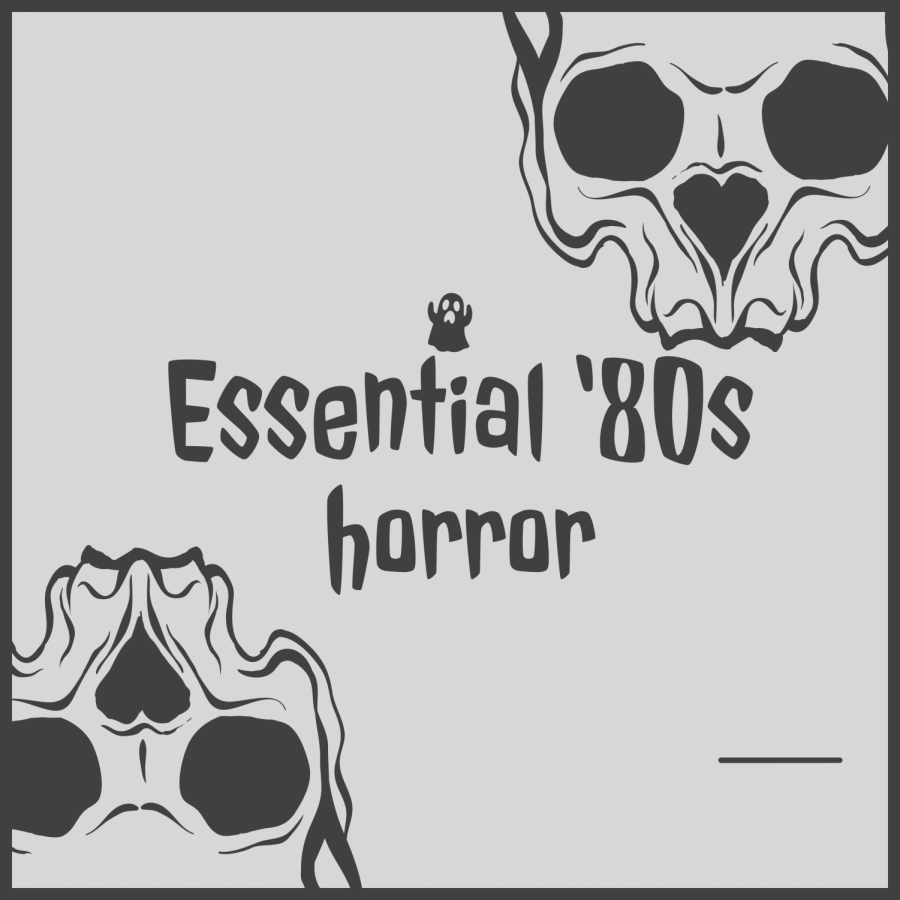 With Halloween just around the corner, now is a perfect time to watch some scary movies. The ‘80s were a pivotal time for horror. Films were often gory and ghoulish yet a little cheesy and sometimes comedic. Perhaps the ‘80s are best known for giving us some of the most beloved horror icons like Freddy Krueger, Michael Myers, Chucky, Jason, and the list goes on. In honor of arguably the best era of horror, I present a list of top ‘80s horror movies to watch this Halloween.

This classic film may be one of my favorites from this time. A team of researchers who are stationed in a remote base are hunted by an alien life form that is able to morph into other life forms, including humans. The shape-shifting alien hunts its prey by taking the physical form of its victims in order to trick them. This film serves as a genre-bending horror that leans into sci-fi horror. “The Thing” is available to watch on Amazon Prime Video.

When a strange looking puzzle box summons a gang of sadistic demons, a series of blood sacrifices must be made in order to escape the grip of Pinhead and the cenobites. After watching, this film is sure to leave you wide awake as you think about the horrifying faces of the demons as well the blood and gore of this movie. You can stream “Hellraiser” on Hulu or Amazon Prime Video.

The tale of Stephen King’s killer car, Christine, took the big screen in 1983 and with that came classic elements of an ‘80s film. The film is about Arnie, a nerdy boy bullied at school. While getting a ride from his friend, Arnie finds a wrecked car in a garden. Arnie immediately falls in love with this car but little does he know that this car has a homicidal past. Arnie begins to restore the car while changing his personality to be cocky and selfish. The supernatural car has a mind of its own and will kill anyone in the way of her and Arnie. “Christine” is streaming on Hulu, and Amazon Prime Video.

This is a prime example of ‘80s horror. The film features Freddy Krueger, a psychopath serial killer from the past that has returned to torment a group of teens. Unlike most horror movies, Freddy Krueger hunts you in your dreams making it nearly impossible to run from his killer claws. Like most movies from this era, this film does have cheesy moments that offer some comedic relief that add to the film’s overall rating. If you want to watch “A Nightmare on Elm Street” it is available to stream on Amazon Prime Video.

Originally a 1977 Stephen King novel, this psychological horror film directed by Stanley Kubrick is an eerie and suspenseful story of a family that moves into an isolated hotel to be the off-season caretakers. Jack Nicholson delivers one of his most memorable performances as Jack Torrance, an aspiring writer and recovering alcoholic. The name of this film refers to the psychic ability Jack’s son, Danny, possesses. This allows Danny to see into the hotel’s horrific past. Jack’s sanity begins spiraling due to the supernatural forces that inhabit the hotel. This film is not only essential to this list but this movie is so great it could potentially be recognized as one of the best horror movies of all time. You can stream “The Shining” on Amazon Prime Video and Netflix.