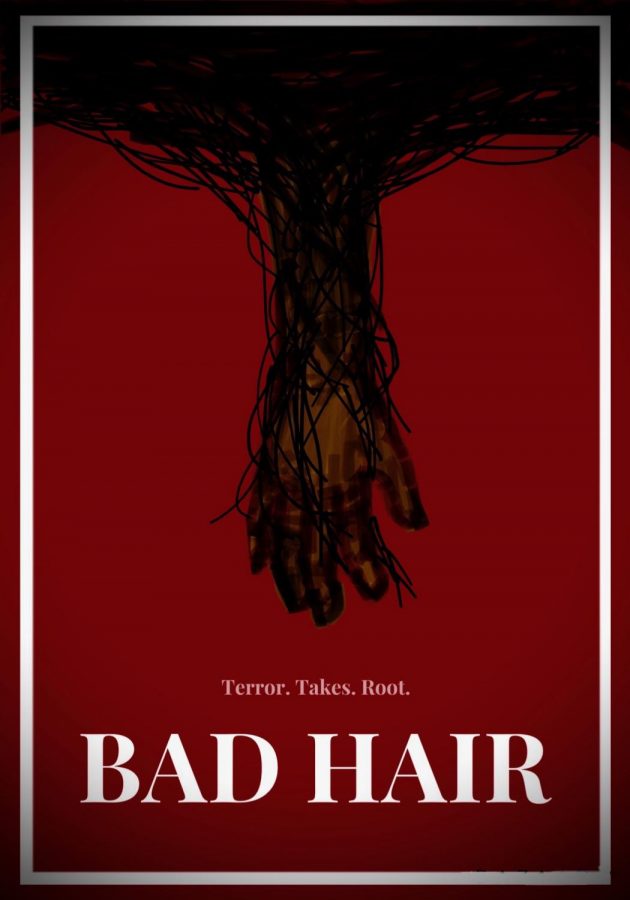 In Hulu’s new horror-comedy, a black woman’s weave is more than just hair. It’s the key to a new promotion. It’s a status symbol. It also happens to be possessed by an evil spirit.

At its core “Bad Hair” is a social satire but it also is a loving parody of Black American pop culture in the 1980s.

Writer-director Justin Simien continues his bold and ambitious filmmaking as he transitions from his debut 2014 film “Dear White People.” Both of these projects tackled issues of colorism, racism and sexuality but “Bad Hair” failed to stick the landing in the way “Dear White People” did.

The film is set in 1989 Los Angeles where Anna (Elle Lorraine) works for Culture, a TV network targeted toward “urban” audiences. Anna desperately wants to become the host of her own music show but with a shy personality and hair that does not conform to white corporate likings, Anna is stuck in an assistant role. When a new boss, Zora (Vanessa Williams) comes in to try and give the network a facelift, she advises Anna to do something with her natural hair as she warns her that it may hold her career back.

With nothing to lose and everything to gain, Anna visits a hairdresser to get her first weave. The installation of her weave was a chilling scene that may not be for the faint of heart. The scene involved close up shots of Anna’s scalp with blood and eerie sound editing. When Anna goes to work the next day she is showered in compliments but something is clearly wrong as it appears that the weave has a mind of its own.

Overall,“Bad Hair” failed to reach its full potential. The film is weighed down by loose ends which take away from what the film could have been. We know that the weave brings terror, but what are we to take away from Simien’s depiction of black womens’ hair? The answer to that question is never quite clear and it seems to be a missed opportunity to unpack the impact of beauty standards within black communities and in the workplace.

Although the film did not blow me away it did feature performances that work. Lena Waithe, Laverne Cox and Blair Underwood play small roles as Anna’s colleague, stylist, and mythology-loving uncle, respectively. Williams channels her delightfully evil persona as Zora, much like she did as Wilhelmina in “Ugly Betty” (2006).

Simien gave us a visually pleasing film that solidified him as a filmmaker. Even if “Bad Hair” lacked certain elements that kept it from feeling complete it was a fun and comedic depiction of workplace culture and music. Overall, Simien delivered a campy horror film dressed up as social satire while only grazing over the potential message.