If Biden wins, Trump will likely use his pardon power 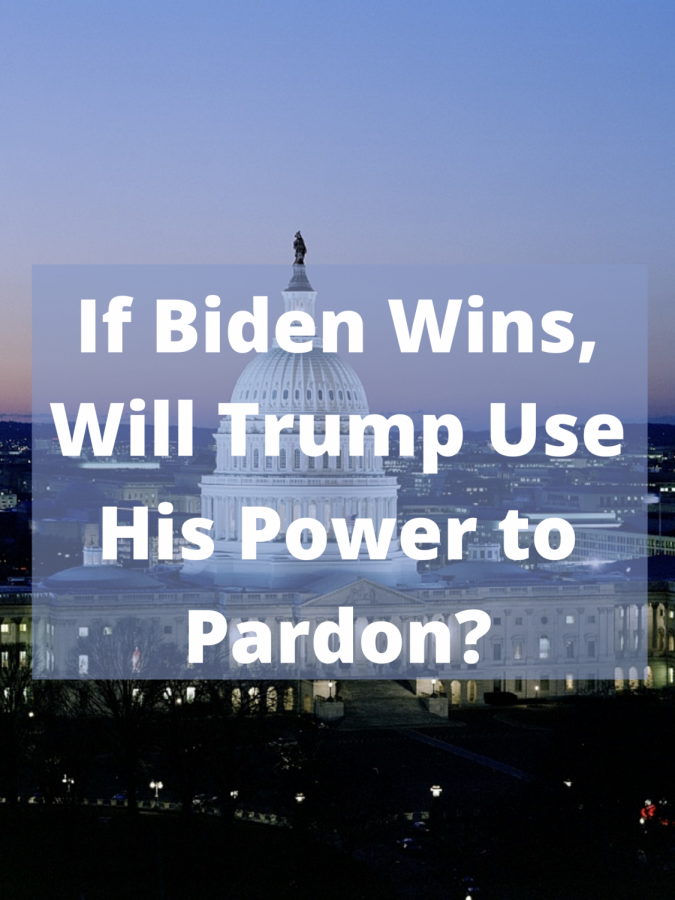 Graphic made by Jack Lewis

With the presidential campaign coming to a close this week, all are wondering who will win and what will happen to the country. Many theories have been said about both outcomes, but what few are talking about is what will happen if Joe Biden wins and President Trump uses his pardoning power in the remaining weeks of his presidency.

In Article II of the Constitution, the president is granted the ability to pardon those who commit federal crimes. This ability is extremely broad and largely unchecked by any other power, allowing the president near unlimited potential to pardon almost anyone whom they desire.

Of course, there are some caveats to this. The president cannot pardon someone who has committed a state crime or someone who has been impeached. Yet aside from these exceptions, there is nothing to stop a president from pardoning whoever they want.

If Biden does win the election, I believe there is a high chance that Trump will begin unleashing a fury of pardons for those who have worked for him during his time in office. These pardons may range from members of his family to those in his cabinet, with the possibility—however low—that he even pardons himself.

I believe that the likelihood of Trump using his power to pardon in this situation is very high, as one only needs to look at his pardoning of Roger Stone as an example. Stone played a crucial role in Trump’s campaign during 2016, being a longtime friend and advisor to him. He was indicted by Robert Mueller in his investigation on Russian interference on one count of obstruction, one count of witness tampering and five counts of lying under oath. A federal jury later sentenced him to 40 months on these charges.

Stone, who has self-described himself as a “dirty trickster,” was pardoned by Trump, who stated shortly after his sentence was given that he could “sleep well at night!” This is despite the fact that the sentencing judge stated that Stone was prosecuted for “covering up for the president.” If Trump is willing to pardon someone convicted for helping him evade the law, then the possibilities of Trump pardoning others are vast.

It remains to be seen what will happen, as he has yet to pardon anyone in a case similar to Stone’s. Yet as the nation saw when President Gerald Ford pardoned his predecessor Richard Nixon, there is a high likelihood of this happening if Biden does indeed take the presidency.

Jack Lewis can be reached @[email protected] or on Twitter @JackAttack722