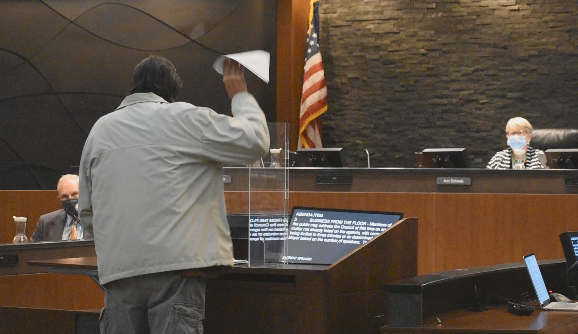 Citizens of Chico gathered in City Hall on the night of the 2020 U.S. Presidential Election, and two key issues stood out — the acceptance of California Alcohol and Beverage grant and the establishment of new fees for commercial cannabis.

The council approved the use of a California Alcohol and Beverage Control grant for $19,000 to fund approximately 20 operations targeting underage alcohol sales.

The plan would aim to cite businesses where the sale of alcohol to underage buyers takes place. Consequences for workers who illegally sell to minors can include a fine, mandatory community service and suspension. Businesses can also lose their liquor licenses.

Council meeting at 6pm on 11/3. Citizens of Chico came to voice their opinions on the troubles facing them and the city.

Assistant City Manager Chris Constantin proposed two new ordinances and a resolution to jumpstart the sale of cannabis in the city.

“There’s five different business types,” Constantin said. “The main one is the one that has a restricted number of permits, which is for the commercial storefront retail. The remaining four business types are separate. They still have to go through a compliance check.”

Constantin addressed concerns over whether cannabis delivery would go beyond the city limits.

“Delivery is no longer allowed once this permit program goes into the process,” Constantin said. “You must have the city of Chico permit to be able to do delivery within a city. So in terms of the unfair competitive advantage, if you’re coming from the outside you wouldn’t have a competitive advantage over a local business.”

Tensions within the meeting ran high among council members and the community as public speakers criticized the councils work. At one point, council member Sean Morgan was seen removing his mask to eat while others spoke. and City Clerk Deborah Presson did not wear a mask for the duration of the meeting.

At the beginning of the meeting, council member Karl Ory proposed moving two items on the agenda to the next meeting.

“We continue to put off so many of our agenda items. We’ve refused to work past 10 o’clock,” Stone said. “This is another example of putting our business, our personal business, and wanting to get out to an election and observe the results and passing on our responsibilities so I’ll be opposed.”

Citizens in the community shared their frustration with the council’s decision to shuffle agenda items.

“I’m really disappointed that two important issues have been dropped. There are five of us out there in the cold waiting to speak, and I did spend time preparing arguments for these items,” concerned citizen Robyn Engel said. “It would be nice if you as a council considered the public when dropping items and that fact that some of us do prepare to speak on them.”

Another concerned citizen in a wheelchair asked for an increase in power outlets for wheelchairs throughout the city citing his inability to get around.

Speaker Charles Withuhn addressed holes in the criteria for the Homeless Opportunity plan that  declared certain city parcels not viable for campgrounds and tiny home villages.

“How can you make these important decisions with a backdrop of the Camp Fire, the Bear Fire? COVID-19, I think, has changed landscape and should change the criteria of how we pick city properties,” Withuhn said. “I’m sorry, I know too many women about 60 years old who are sleeping outside tonight.”

“You’ve had two years. What have you done in two years to meaningfully impact this city in a positive way?” Creed said. “You guys are a complete and utter failure.” 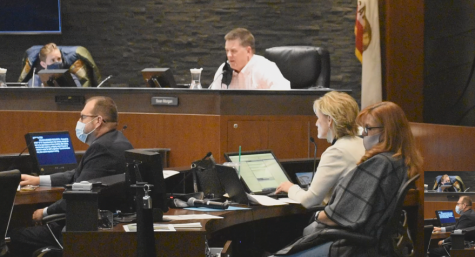 Council member Sean Morgan and City Clerk Deborah Presson can be seen at Tuesday meeting without a mask.

“It’s embarrassing to be a part of a body that can’t put together an agenda to get done by 10 o’clock,” Morgan said. “Let’s have an agenda for the next meeting, the last one of this council, regardless of who wins and doesn’t, that is actually done in a professional way and we cover the things we are supposed to.”

The next city council meeting will be held on Nov. 17 at 6 p.m. It’s the last meeting before the newly elected members take over. The city council agenda and live stream meetings can be viewed here.

Alex Martin and Chloe Curtis can be reached at [email protected] or @alexmartinjour and @ChloeCurtis__ on Twitter.