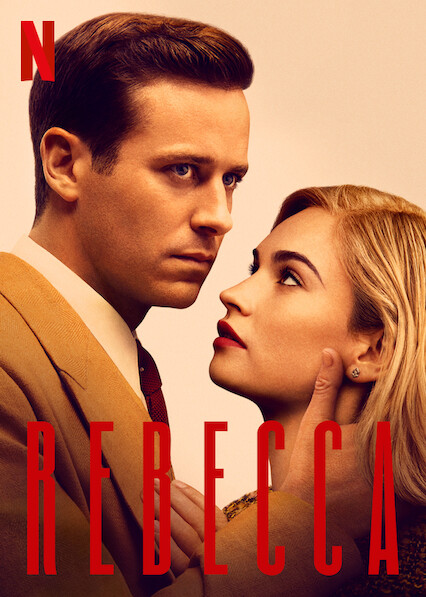 "Rebecca" began streaming on Netflix on Oct. 21. Courtesy of Netflix.

Filmmaker Ben Wheately’s adaptation of Daphne du Maurier’s tale of second-wife blues is hollow and in desperate need of assistance.

The film starts with a chance encounter between the two young characters. The two are quick to start a cycle of daily beachside rendezvous. Soon after, it seems that de Winter has found himself his second wife, even if some are weary of this mental state after the death of his first wife.

Wheatley’s 2020 “Rebecca” version is taken from the 1938 novel of the same title by Daphne du Maurier. The story has the potential to be a powerful, gothic melodrama but instead the film fell short. The first questionable element of “Rebecca” is the initial namelessness of the young woman played by Lily James who is Mrs. de Winter to be. The audience will never know who this woman was before her marriage to Maxim de Winter (Armie Hammer) but we can surely believe that this marriage is a fresh start for her as well.

The couple move into the de Winter estate where it becomes clear that the new Mrs. de Winter is stepping into the life of her predecessor where she apparently doesn’t belong. Perhaps the lesson here is that if you are ever married to a man and are referred to by others as the new or the second, then do yourself a favor and run.

Wheatley creates an overwhelming feeling of discomfort and displacement through the increased odd behavior from the estate’s dogs and staff. I suppose this may be the only aspect that worked for the film. The Manderley estate is a testament to a life that doesn’t belong to this new woman. There is no sense of home there.

Hammer struggled to deliver a convincing performance of the attractive and wealthy Mr. de Winter. Hammer’s sloppy British accent was distracting, especially on the multiple occasions where he mumbled though some of his lines. Hammer serves as a weak link in “Rebecca” which may come as a shock based on his past performances in “The Social Network” (2010) and “Call Me By Your Name” (2017).

James’ performance was more convincing than Hammer’s although that isn’t saying much. The actress had her talents tested in a role that is different from what she’s done in “Cinderella” (2015) and “Baby Driver” (2017).  James’ character was disguised in a fantastical wardrobe that initially interests our eyes but her acting failed to follow up with an equally striking performance.

The film depicts this idea of one woman living in the shadow of another. Ironically, the same could be said about Wheately’s “Rebecca” and how it’s shortcomings force it to live in the shadow of the Alfred Hitcock’s 1940 best picture-winning, adaptation.

Overall, “Rebecca” had some elements that worked but a majority of them did not. It succeeded in telling an eerie tale, but as you disassemble certain parts you will find many flaws. The film began streaming on Netflix on Oct. 21.