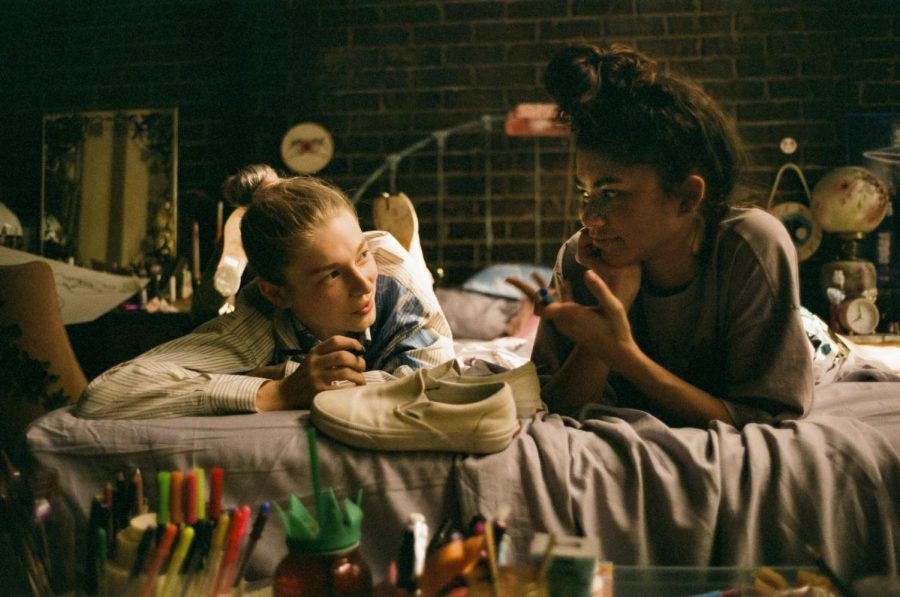 The first episode of a “Euphoria” two-part special titled, “Rue” began streaming on HBO Max Dec. 4. The “special episodes” are not to be mistaken as the beginning of the second season; they are merely here to update us on the main character, Rue, as we move closer to the release of the actual second season.

Since the show’s debut last year, Zendaya became the youngest person to win an Emmy Award for outstanding lead actress in a drama series in her role as Rue. As we saw in the first season, Rue is a recovering drug addict who falls in love with the new girl at school, Jules (Hunter Shafer).

The episode picks up right where the season finale left us. Rue and Jules had made a plan to run away together, only for Rue to back out after realizing the disappointment it would bring to her mom (Nika Williams) and younger sister (Storm Reid). Regretting her decision, Rue is seen relapsing in one of the last scenes which left viewers unsure of what is to come.

In the newest episode, it becomes clear that Rue is still struggling to fight her addiction as she gets high twice within the first 15 minutes. The episode is set on Christmas Eve in a diner where Rue is sitting with her Narcotics Anonymous sponsor, Ali (Colman Domingo). Perhaps Ali is best remembered for his tough love and endless wisdom.

During the conversation, the two talk about some really heavy and dark topics surrounding addiction and life in general. Ali talks about some of his experiences as an addict, religion, death and privilege.

“Euphoria” is no stranger to openly talking about addiction but this episode was different. The exchange between Rue and Ali is real and the audience can feel it. The focus on such a dark aspect on the show may have shocked some but it served as a reminder of the true roots of the show.

In the episode, Domingo proved that his acting is a force to be reckoned with. Zendaya also reminded us exactly why she won an Emmy. One specific scene is grueling and emotional as Rue begins to open up about past experiences, like the death of her father and an instance where she threatened to kill her mother.

With honest performances from both actors and writing from the hands of Sam Levinson, this episode surely takes its toll on our hearts as we reconnect with Rue. Although some of our questions were answered there is still so much we don’t know about the show’s other characters.

Perhaps some of our questions will be answered when part two of this series, “Jules,” comes out. The second episode will begin streaming on Jan. 24 on HBO Max. If you were a fan of the first season of “Euphoria,” I can guarantee you will want to watch this special series.