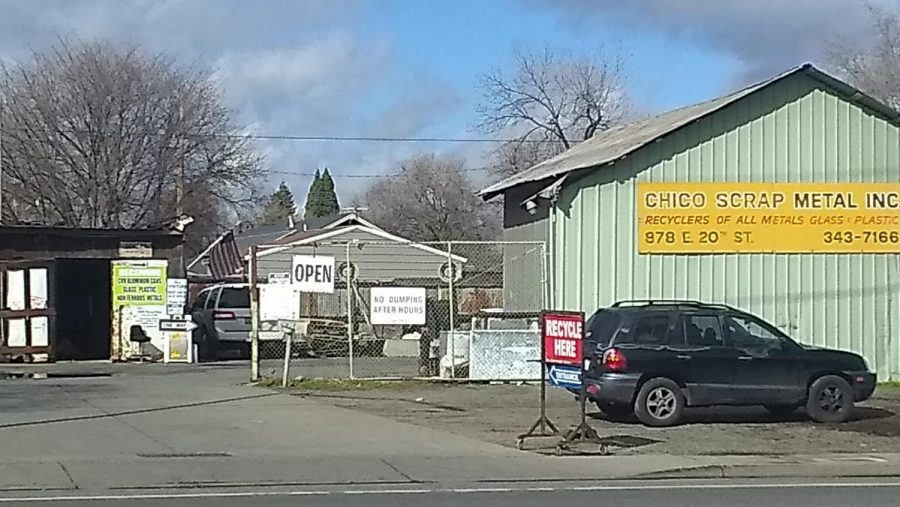 In 2006, Chico City Council voted to rezone what was once county land into Chico neighborhoods, effectively eliminating CSM’s scrap metal recycling business because of environmental concerns. The rezoning project is called the Chapman-Mulberry Neighborhood Plan.

This rezoning dictated that all industrial use must cease, including the operation of CSM.

The Chico City Council rescinded the ordinance in 2016, allowing CSM to continue operating at that location. This action fueled lawsuits between Chico, CSM and a group of citizens, known as Move the Junkyard, who are focused on the facility’s relocation.

Now a settlement conference is currently scheduled for April 28, and a jury trial could be held June 7.

Ory released a press statement on Dec. 31, 2020, quoting Adrienne Edwards, a lecturer of biology and environmental sciences at Chico State. “CSM provides a valuable service to the community,” Edwards said, “but scrap metal recycling involves crushing, bundling, loading and trucking out metals that contain cadmium, lead, arsenic, PCBs, etc. All of these are toxic.”

“I’m not seeing a two-way street,” Scott said. “[Ory’s] complained about it, but I’ve yet to have him be open to sitting down and talking about where CSM could go, so that the service can continue to provide this to the community. No one’s coming up with that result. We’ve told them, ‘Hey, there’s a cost to sending us down and having to relocate.’ Again, it becomes, I think, from their perspective, a financial conversation.”

Scott maintains that CSM operates within all the rules demanded by governmental regulations.

“We make sure that we sweep on a regular basis,” Scott said. “At one time there was some concern about dust. But really, metals don’t go in dust — it’s too heavy, it does not [become] ‘airborne.’ That’s why we don’t have an air quality issue here.”

Scott said her facility doesn’t accept any fluids, refrigerators with freon, or other environmental hazards.

Before the initiation of the Chapman-Mulberry Plan, there were a handful of industrial businesses in the area.

“[Those businesses] were all zoned out,” Ory said. “The plan was to eliminate industrial uses in the neighborhood. [For] five years now, [CSM has] been in illegal use.”

The city council that rescinded the ordinance, facilitating CSM’s wishes to stay put, was met with public resistance, again led by Ory.

“I led a referendum and we collected 9,200 signatures in 30 days to reverse their decision,” Ory said. “After the ordinance was challenged to go into court, [the city council] sued me and the referendum, and lost big time” Ory said. “It took almost two years, but the court ruled against the city. And just recently the city revealed that they had spent $200,000 trying to fight the referendum.”

Moving forward, Scott’s main concern is being ousted from the city.

“So we are sitting here to this day; we’re not opposed to working with the city to relocate,” Scott said. “We don’t think that we should be shut down. Especially now since we are the only recycling service in the community.”

Fair Street Recycling, the only other recycling location in Chico, was purchased by the Jesus Center in 2020 and shut down.

Ory has said he doesn’t want to see the Scotts’ 20th Street location closed, only that the business move its scrap metal and recycling operation elsewhere.

“We would hope that they would move, perhaps with some city assistance, so that they would still be in the community,” Ory said. “I have no objections to the city making a reasonable effort to help them with a cost.”