A matchup for the ages 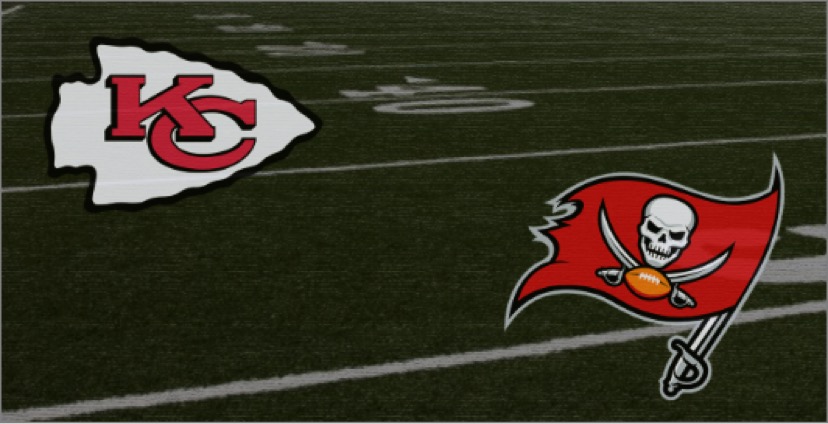 The Kansas City Chiefs and Tampa Bay Buccaneers will square off in the 2021 Super Bowl on Feb 7.

A rematch of Week 12, a Chiefs 27-24 victory will pit quarterbacks Tom Brady and Partick Mahomes against each other. Brady and Mahomes are respected leaders of their teams and are no strangers to each other and this game.

Chico State students are also beginning to plan how they will watch the game in these uncertain and bizarre times. “I will be staying home and watching the game with my family and grilling some food,” said Chico State senior Daniel Vasquez. “I think the game is going to be a high scoring game and hopefully no players contract covid from now to the Super Bowl so everyone can play.”

If you plan on watching the game with friends at a bar or restaurant in Chico, Riley’s Bar and Grill and Madison Bear Garden will have their patio open for dining with many TVs setup with the game on.

Riley’s will be offering $5 bloody mary’s, as well as $7 pitchers of beers on Sunday. The Pour House, who also offer a great patio with many TVs, will be having happy hour from 3 to 6 pm. They will be serving well drinks for $5 and $1 off draft beer and wine by the glass. They will also have food available for $7 ranging from chicken quesadillas to fish tacos.

The Chico State Meat Lab will also be having a mega Super Bowl meat sale. The sale includes $2 off tri tip and pork shoulder, as well as $5 off brisket and $1 off beef and bacon burgers. The meat lab is located on the university farm and is open Thursday and Friday from 8 a.m. to 5 p.m.

Since the week 12 matchup, Brady and the Buccaneers have not lost a game, including their three road playoff games. The Chiefs on the other hand have cruised through their first two playoff games with an average of 10 points.

They have split their four career matchups and both have a regular season and Super Bowl MVP under their belts. The matchup is set; the question now becomes, will Brady get Super Bowl victory number seven or will Mahomes and the Chiefs claim back-to-back titles?

The storyline going into the game are the two team’s quarterbacks. Arguably the best quarterback to ever play the game, Brady and his six Super Bowl victories and Mahomes, the best quarterback in the NFL. Both familiar with this moment, they’ll both have their teams ready to battle for the Lombardi trophy.

For the first time in NFL history, the game will be held in the home stadium of one of the two teams playing.

Brady has been the veteran leader the Buccaneers were hoping for and needed when they signed him to a two-year deal last March. Brady joined a 7-9 team a season ago, who had major talent on both sides of the football, but they badly needed a leader and veteran, and Brady has proved to be that. At age 43, Brady continues to shine and soar past whoever his competition may be. Winners of seven straight, Brady and the Buccaneers are carrying momentum with them to Tampa and the Super Bowl.

Brady will be playing in his 10th Super Bowl, an NFL record, while the Buccaneers will be back in the Super Bowl for the first time since 2002. The defending champion, Kansas City Chiefs, on the other hand are exactly where they expected to be.

The Chiefs and Mahomes are playing their best football of the season right now. Since the beginning of the playoffs, the Chiefs have punted the football when Mahomes was in at quarterback one time. They have scored seven touchdowns, made four field goals, and kneeled the ball down twice.

Jacob Milligan can be reached at [email protected] or @champ_milly8 on twitter.