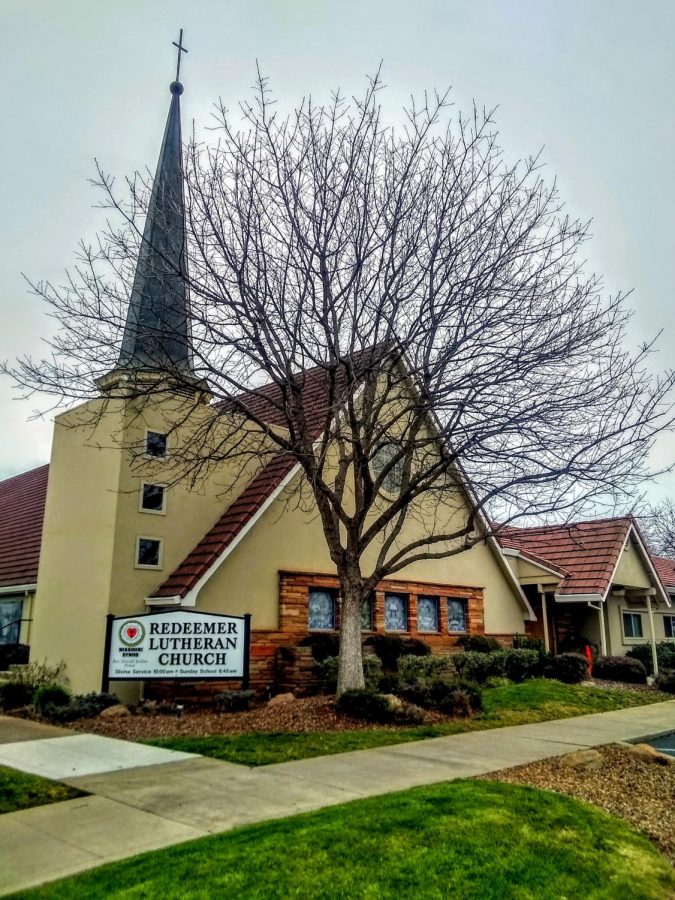 The Orion welcomes readers’ feedback and opinions. Please use the comment section to tell us how you feel about the U.S. Supreme Court’s decision in South Bay United Pentecostal Church v. Newsom (2021).

The U.S. Supreme Court ruled on Feb. 5 that California may still enforce limited restrictions to prevent the spread of COVID-19 in churches, but the state may no longer ban indoor worship.

Some Chico religious leaders are celebrating the 6-3 decision.

“[O]ne of the big things we’re seeing is just the need for the spiritual, emotional and physical health of our people that comes from spiritual sustenance,” said Pastor Donald Jackson of Redeemer Evangelical Lutheran Church in Chico, located at 750 Moss Ave. “We are grateful for the ruling, and the value that the Supreme Court has seen in religious liberty and practice in our state.”

“[California’s] present determination—that the maximum number of adherents who can safely worship in the most cavernous cathedral is zero—appears to reflect not expertise or discretion,” Chief Justice John Roberts wrote, “but instead insufficient appreciation or consideration of the interests at stake.”

Though pleased with the result, Jackson was disappointed that churches needed to take their objections so far.

“It’s just unfortunate that the Supreme Court had to make a ruling against the oppression and restrictions that the state of California put upon us, but it really doesn’t change anything,” Jackson said. “We’re going to continue on doing what we’re doing, worshiping God and exercising our religious freedom with safety measures in place.”

Although Justices Samuel Alito, Brett Kavanaugh, Amy Coney Barrett and John Roberts agreed that California should still be able to enforce restrictions on church gatherings, Justices Thomas and Gorsuch wanted to grant full discretion to the churches, denying the state any restrictive jurisdiction.

Chico Catholic Anne Moore is eager to return to Mass, but also remains hesitant to embrace a full-capacity service without restrictions.

“I’m looking forward to going back to that level [of full service],” Moore said. “I don’t think if [churches] just lifted the ban and everybody was sitting, you know, shoulder to shoulder, I would be comfortable with it, but that’s not the case at all. We’re just back to the same guidelines as there are for every other business.”

Newly appointed Justice Barrett expressed her reluctance to bar California’s restrictions on singing and chanting because the churches produced no evidence the ban singled out religious institutions.

“The [churches] bore the burden of establishing their entitlement to relief from the singing ban,” Barrett said. “In my view, they did not carry that burden—at least not on this record.”

“Of course,” Barrett continued, “if a chorister can sing in a Hollywood studio but not in her church, California’s regulations cannot be viewed as neutral.

In her dissenting opinion, Justice Elena Kagan, joined by Justices Steven Breyer and Sonia Sotomayor, said, “Film production studios in California … must test their employees as many as three times a week—a requirement that ‘could not feasibly be applied to the congregation of a house of worship.’”

Jackson does not agree with the singing ban.

“Singing is part of the exercise of our faith,” Jackson said. “It’s part and parcel to our Christian faith, and again the double standard was pretty much in place. [California] allowed singing and chanting at protest demonstrations and didn’t seem to apply any of these standards to those groups.”

Others, like Moore, are less concerned about the temporary restriction.

“Lifting up a joyful noise is important,” Moore said, “but I don’t really feel the loss in that [restriction]. It wasn’t as large of a part of my faith.”

Instead, Moore said she misses participating in Catholic sacraments.

“It’s a really important part of the Catholic faith to participate in the Eucharist,” Moore said, “and so if you can’t partake of one of our holiest sacraments, then it really loses a lot of meaning.”