Kristian Scott: a dominant closer for the Wildcats 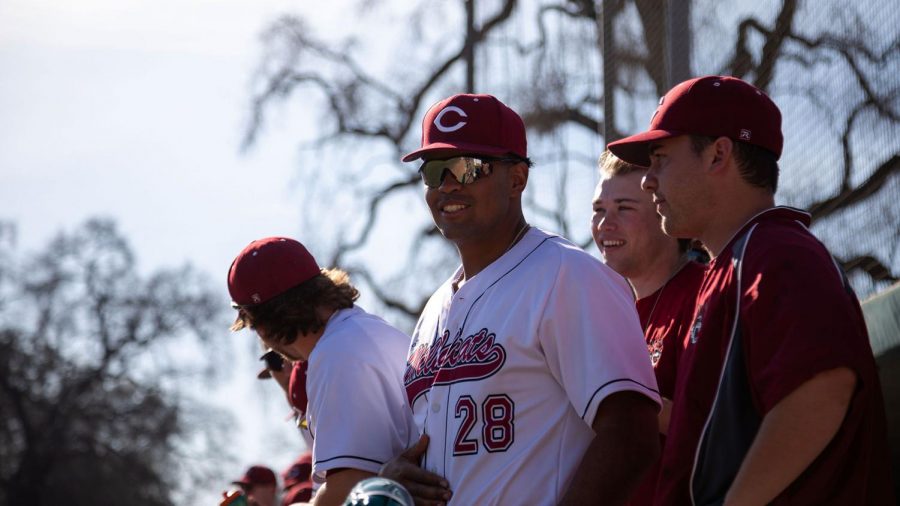 Chico State closer Kristian Scott has been a shut-down pitcher for the Wildcats; in 2020, he had a 0.77 earned run average through just over 11 innings. On top of that, Scott recorded five saves for the Wildcats. But growing up, being a pitcher wasn’t always his primary position.

Scott said that he grew up around almost all sports in general because his dad wanted to show him everything he knew. He played several sports throughout his childhood, but didn’t choose to focus solely on baseball until later.

“I always knew that baseball was my favorite sport, but it wasn’t until I was probably about 10 where I stopped playing soccer and basketball,” Scott said. “I did play football in high school, and after my sophomore season, I decided that baseball was the best sport for me. I got hurt in football, and it would’ve jeopardized my baseball career.”

Growing up, Scott was grateful for the opportunities to travel and see what baseball brought to the country. He said that he went to several states, and even Canada, and this was one of his favorite perks of the game.

“My favorite moment of playing was being able to travel throughout the United States, and being able to play and still get a vacation with my family,” Scott said. “I’ve played in Florida, Georgia, Texas, Arizona, Washington, Nevada, Oregon and Canada.”

Some of the people who helped spark Scott’s interest in the sport were Ken Griffey Jr. and Barry Bonds, as well as others who stood out in the late ’90s and early 2000s. Scott also mentioned his respect and admiration for baseball legend Jackie Robinson.

“My favorite player of all-time would be Jackie Robinson,” Scott said, “just because of what he has allowed me and other minorities to do in the game of baseball.”

“I thought about [making Scott a pitcher], watching him for a year, throwing the ball from the corner across the diamond,” Taylor said. “I talked to him later about getting him on the mound.” 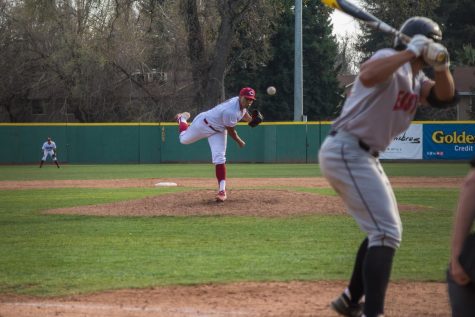 Later on, Taylor decided to make Scott the team’s closer. Scott seemed to fit right into this role, saving multiple games for the Wildcats and pitching with a very low ERA. Taylor acknowledged he knew Scott had what it took to be the closer.

“His competitiveness was at the level needed for the closer role and I think that’s what separates him from others,” Taylor said. “He just stayed in his lane and kept focusing on attacking the strike zone. Perfect mentality for a closer.”

Scott’s teammate and roommate Andrew Renteria talked about Scott’s first time closing a game. He mentioned how it was one of his favorite memories of them playing together.

“It was a close game, I think we ended up going extra innings against Sonoma,” Renteria said. “He came in, got in a little trouble, but he was able to close the door and it was a big moment for us as a team because we ended up sweeping Sonoma.”

During his time at Chico, Scott seems to have taken a leadership role with the team. Both coach Taylor and Renteria commented on his ability to form positive relationships with his teammates.

Taylor also mentioned how Scott’s shut down pitching led him to take this role.

“Being a closer and having the dominant stuff that he had translates into some leadership opportunities,” Taylor said. “The fact that he was successful led his teammates to kind of gravitate towards his energy.”

Throughout all of his hard work on the mound and with the team, Scott has managed to keep up with his schoolwork and has been successful in both academics and sports. He gives credit to his parents and his teammates for their support in his education over the years.

“I’ve just had a really good support system as a child, where my parents really showed me how to time-manage well,” Scott said. “It also helps when the people around you are very like-minded in making sure that you go to class and you’re getting your assignments done and you’re showing up to practice on time and the weight room on time.”

While his time at Chico State is nearing an end, Scott reflects on his favorite moments as a Wildcat. He remembers the time his former teammate, Trenton Stowe, hit a walk-off.

“As a team, my biggest moment was actually in my first year here, the 2019 season,” Scott said. “It was on a senior day. We were in a position to sweep Sonoma, and one of our seniors got a walk-off base hit that clinched that win, and it was great to see a senior be the one to get the job done.”

After Scott finishes his collegiate career with Chico, he is optimistic that his baseball career will go on. He has been scouted by several Major League Baseball teams, and coach Taylor has offered Scott his full support.

“Dec. 1 we found out we weren’t going to play, so we talked about what his options were,” Taylor said. “We both thought he needs to just focus on professional opportunities that are going to be out there. He still has some mountains to climb as far as getting involved and affiliated with some organization and I’m willing to offer him help to try to get to that level.”

At the end of the day, Scott is looking forward to the opportunity to show what he can do to scouts from MLB. He has been scouted by the Dodgers, Braves, Blue Jays, A’s and more.

“It’s been surreal just thinking that they want to see me up close and personal, and just the fact that those teams know about me,” Scott said. “It makes me feel that all the work that I’ve been putting in everyday for my entire life is starting to pay off in a good way, so it’s very satisfying, and exciting too.”

Connor McPherson can be reached at [email protected] @theGOATMcphers1 on Twitter.