Kristin Worley: The all-time leading scorer for the Wildcats 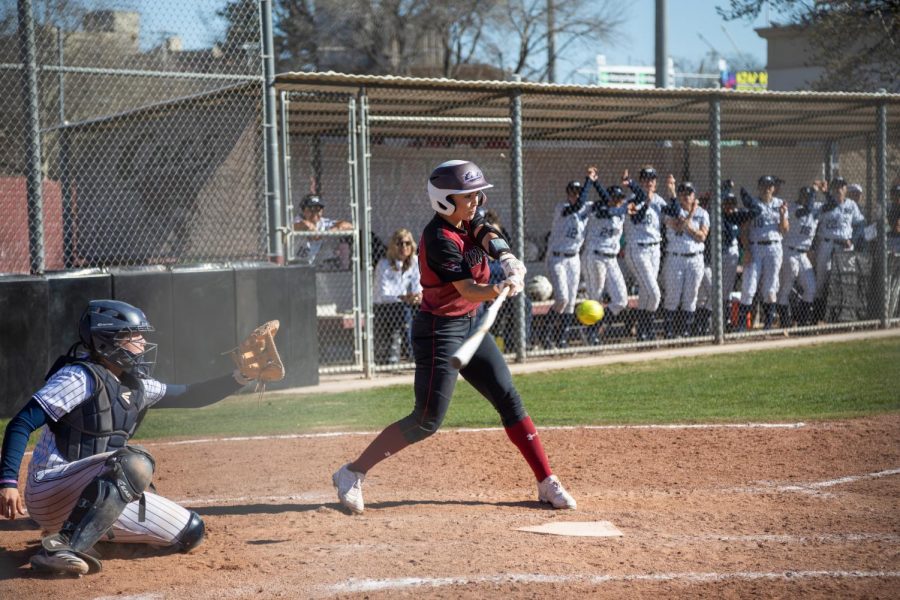 Kristin Worley is a senior at Chico State and is considered to be one of the most communicative members of the softball team. Her teammates look up to her and see her as a role model and somebody they can learn from.

Worley got involved in softball at a young age and quickly developed a passion for it. She was born in Anaheim, a town she calls home, but currently lives in Chico and thinks very highly of Los Angeles Angels outfielder Mike Trout.

“I started playing when I was 4 years old and I just fell in love with the pace of the game and the environment and just how fun playing softball is,” Worley said. “I love Mike Trout. He plays the game with class and is professional and business like. I really admire that about him.”

While in school, Worley is working hard as a kinesiology major. She hopes to stay involved in the game of softball after her days at Chico State are behind her. 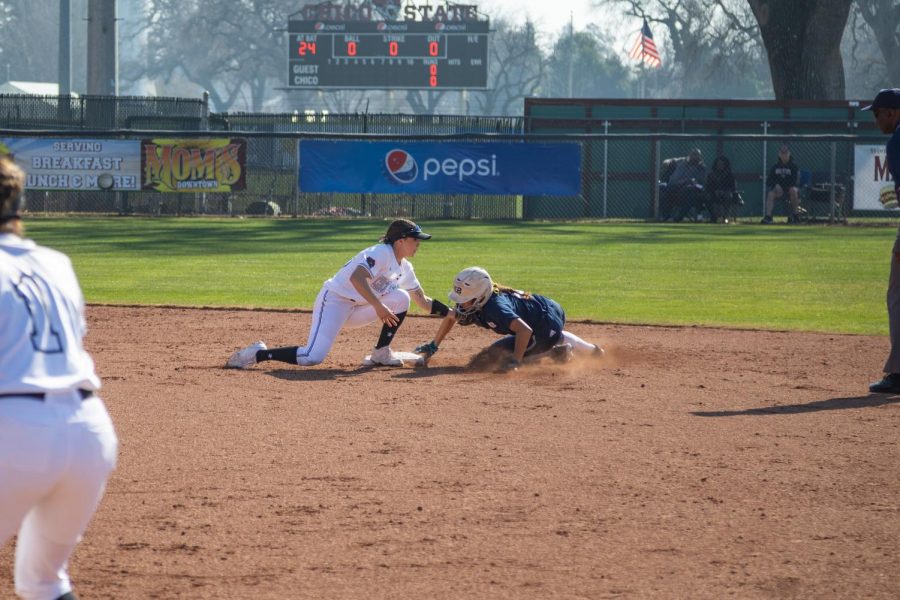 #20 Kristin Worley plants a tag on a softball player during a game at Chico State. (Ryan McCasland/Chico State Sports Information)

“As far as my plans after I graduate, I would love to be in the coaching field,” Worley said. “Eventually I hope to become a head coach of a program whether that’s at the high school level or collegiate level, I can see myself being a coach and teaching young athletes about the game.”

Worley is known for setting records throughout her softball career at Chico State. She made history during a game on Feb. 28, 2020 against the Cal State East Bay Pioneers in which she scored her 142nd run breaking Alli Cook’s record of 141 runs scored.

Her teammates think very highly of such an accomplishment and are very proud and honored to have shared that moment with her.

“Playing with somebody that has broken so many records, especially stolen bases and runs, I feel honored to play with somebody that’s a badass,” said senior infielder Angel Lopez. “Kristin is definitely one of the best players that I’ve ever played with.”

Worley gives credit to her supportive family for her success during her time at Chico State, whether it’s academically or her accomplishments on the softball field.

“I grew up in a very loving and supportive family,” Worley said. “They were always at my softball games. They’ve always been by my side, supporting me through every step of my journey. I just know that they are good people to rely on.”

With Worley’s time coming to an end at Chico State, her teammates will never forget her or the memories that stand out with her.