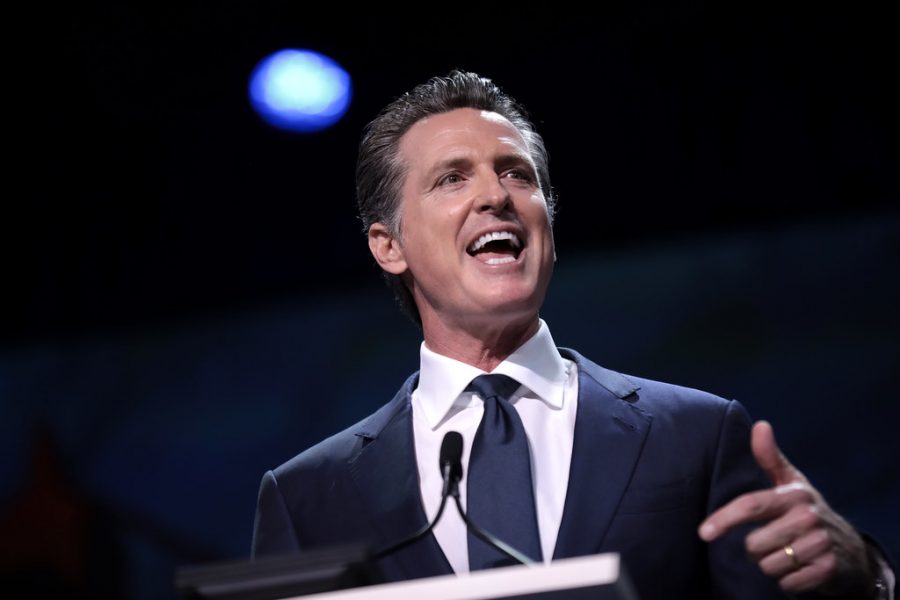 "Gavin Newsom" by Gage Skidmore is licensed with CC BY-SA 2.0. To view a copy of this license, visit https://creativecommons.org/licenses/by-sa/2.0/

Gov. Newsom soundly defeated a recall attempt on Tuesday that was initiated in June 2020.

Tonight, California voted NO on the recall and YES to…
Science.
Women’s rights.
Immigrant rights.
The minimum wage.
The environment.
Our future.

We rejected cynicism and bigotry and chose hope and progress.

“I’m not really surprised,” Dwyre said. “California is a blue state and a Democrat was running and so they voted not to recall him. So the big picture is not a surprise.”

Dwyre said Newsom may feel like he has a mandate.

“I think he’s probably going to feel like his plan of action on COVID, for example, was approved,” Dwyre said. “The people liked what he was doing and that’s why he got overwhelming support. I don’t think he’s going to change his policies.”

The California Federation of College Republicans, led by Chico State student Michael Curry, released a statement regarding the recall’s outcome.

“While we are disappointed in the results of the election we are proud of all the work our members put in through this campaign cycle,” the federation stated. “It appears that the recall has failed to receive enough support to pass in this election.”

Curry did not speculate on whom Republicans might nominate in 2022.

“The California Federation of College Republicans will stand united behind whoever receives the party’s endorsement,” the federation stated.

The fifth petition of the six attempts at unseating Newsom gained more signatures than expected, a result of a Judge James P. Arguelles’s three month order of extension due to the state’s COVID-19 restrictions. The sixth attempt, initiated prior to Judge Arguelles’s ruling, failed to reach the petition signature threshold.

As of July, the recall has cost taxpayers $276 million, plus additional funds by private donors; a final cost analysis is expected by Feb. 1, 2022 from the State Finance Department.

The next California gubernatorial election will coincide with the national midterms, a mere 419 days from now on Nov. 8, 2022.

Ian Hilton and Alex Martin can be reached at [email protected] or @alexmartinjour on Twitter.