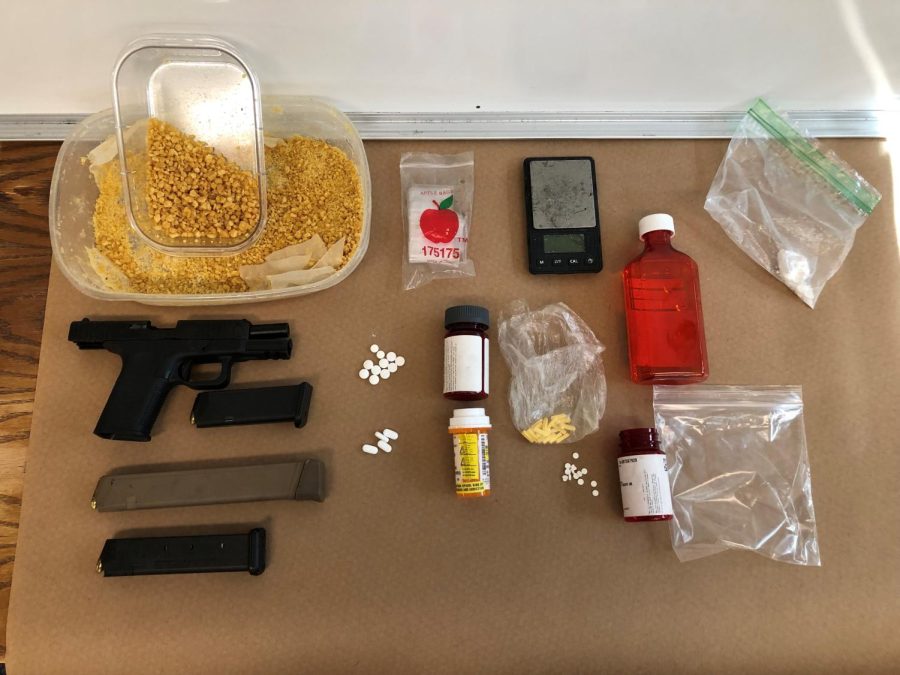 Items including a firearm and ammunition confiscated from the Sept. 23rd raid. Photo courtesy of the Butte Interagency Narcotics Task Force

A Sept. 23 narcotics arrest near Rosedale Elementary School and Chico State student neighborhoods has alarmed Butte County law enforcement officials. Drugs seized during the raid appear to be fake 30 milligram doses of Oxycodone that most likely contain deadly amounts of the drug fentanyl.

Michael O’Brien, commander of the task force, said test results for fentanyl have yet to come back from the lab, but O’Brien expects a positive result because 30 milligram doses of Oxycodone have not been manufactured in years. The concern is heightened by the fact that Butte County has seen a total of 26 deaths related to opioid overdoses since 2020.

The task force raided a property at 220 Oak St., a house adjacent to Rosedale Elementary School, less than a mile away from CSU Chico’s campus. 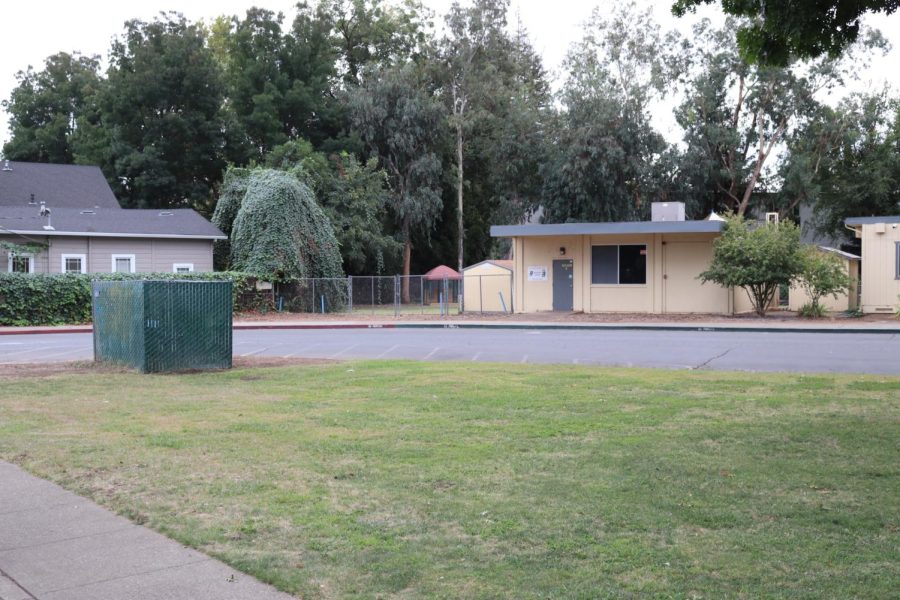 The warrant obtained by the task force was issued by a Butte County judge and had a special condition allowing the raid to take place in the early morning for the safety of Rosedale Elementary school’s students, staff and parents.

Anthony Fink, a 27-year-old convicted felon, was taken into custody for multiple violations, including the possession of Xanax, cocaine and suspected counterfeit Oxycodone tablets police believed were laced with fentanyl. Fink received two additional charges because, as a felon, he also allegedly possessed a firearm and ammunition.

Fink’s proximity to the school when arrested may lead to additional criminal charges, according to the Sheriff’s Department press release.

Fink was cooperative and did not resist, O’Brien said. He is being held at Butte County jail with bail set at $95,000.

Rosedale Elementary School had no comment on the situation. 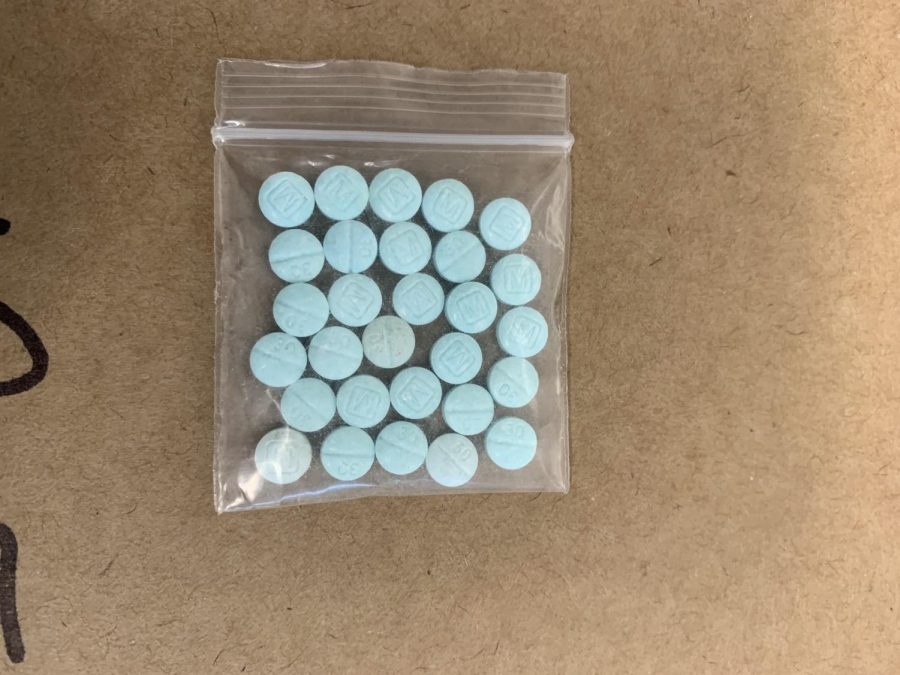 Earlier this year, Rafael M. Gonzalez Jr., the Idaho U.S. Attorney released a statement addressing the dangers of counterfeit opioids, ones that look identical to what the task force recovered.

There were a series of overdoses in Butte county in 2019. These overdoses were attributed to narcotics that were laced with fentanyl, killing one person and hospitalizing 12 others.