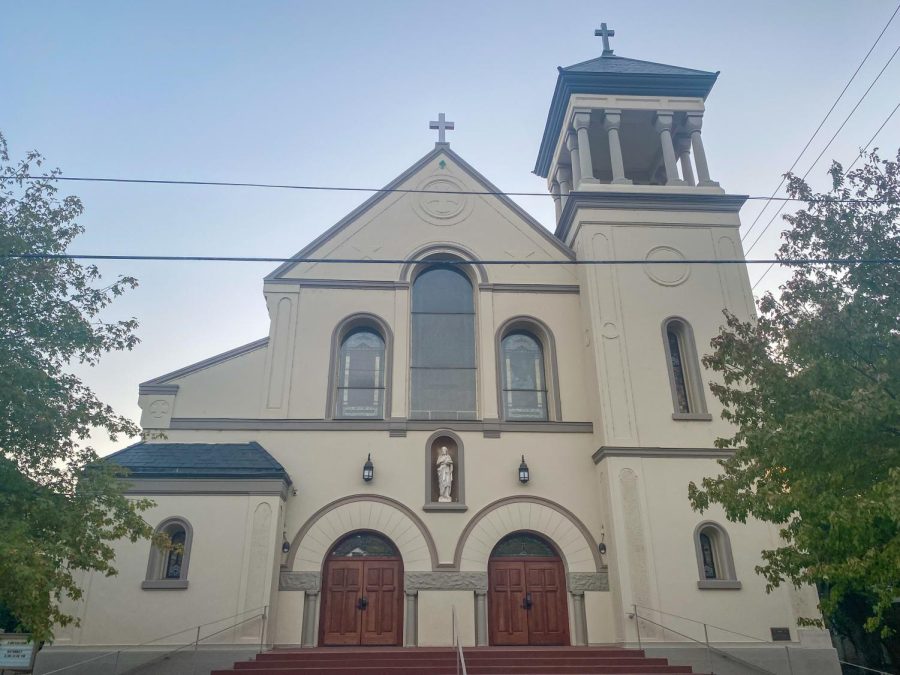 This Catholic church located in Chico offers a place for Catholics to publicly worship.

Growing up a traditional Mexican Catholic meant going to church every Sunday. I learned to hold my tongue and not protest for two reasons: First, I wasn’t going to win. You don’t argue with Mexican parents, especially in regard to Catholic practices. Second, and more importantly, deep down I felt a sense of guilt and shame if I even thought about not wanting to go to church.

My Catholic upbringing instilled in me a black and white view of morality. I hyper-analyzed my thoughts and actions and became morally overscrupulous. I repented for every “wrong” I committed for fear I might go to hell.

My practice became obsessive. I had a script memorized that I used as prayer every night. The one thing that changed were the sins I was repenting for that day. I never missed a night of prayer because the guilt kept me awake. It was my ritual.

While my family stuck to practicing their faith on Sundays, I worried that wasn’t enough. This came with a fear that my family wasn’t committed to salvation. I never felt a sense of moral superiority, rather I feared for their well-being. Selfishly, I was also deathly afraid of being alone on this spiritual journey both in this world and beyond.

This feeling intensified during my first year of college when I stopped going to church for the first time altogether. By any conventional standard of Catholicism, I was sinning, but I wasn’t doing anything “out of the norm” for a college student.

Moving away from home challenged my beliefs about the world, morality and religion. Being exposed to a variety of different people and beliefs led to a diversity of ideas that I don’t think I ever could have experienced had I not branched out.

My faith was fundamental to my identity. It was a belief that I never thought I would question. I was mistaken.

People are different and this model does not represent everyone’s experience of loss, but I found interesting parallels as I grieved the loss of a former set of fundamental beliefs.

Denial was the longest and most profound stage that I experienced. I convinced myself that I enjoyed going to church even though my state of boredom constantly led to me failing to internalize anything the priest said. I began to experience cognitive dissonance as the knowledge from classes on ethics and the history of civilization conflicted with my religious beliefs.

I felt anger, and probably still do, that I was raised in an environment that fostered guilt and fear. I don’t think anybody should feel guilty about drinking and partying on a Friday night, or having premarital sex, or even failing confess to a stranger in a room of a church. Nor should we be in a constant state of fear that such actions may lead to eternal suffering. Perhaps the feelings of guilt and fear were my own doing, or perhaps I’m still in denial.

I bargained and placed blame on others. I thought if I went to a church that was more interactive and personal I would not have lost my faith. Perhaps Catholicism is the wrong Christian denomination for me. I tried convincing myself otherwise. I couldn’t.

The fourth stage of depression manifested itself as worry. I worried that my parents would view me differently. I didn’t need them to agonize over the belief that their son sabotaged his salvation. That is a burden I do not want weighing over me. To this day, I still avoid revealing the extent of how much my moral and religious views have changed.

Change is inevitable. Acceptance to change is comforting. I now realize that I did not lose anything, rather things look different than before and that can be terrifying. I find solace in the fact that others share similar experiences. The world feels less lonely that way.

Aldo Perez can be reached at [email protected] or @Aldo_Perez on Twitter.