Chico’s reputation as a violent campus 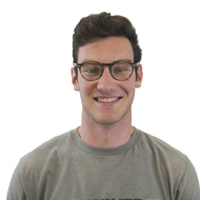 Over the last few years, Chico State has begun to accumulate a reputation as a violent place to live.

Each semester there are assaults, thefts, even an attempted kidnapping just last week.

But is Chico really that much more dangerous than any other college town?

Chico is a smaller metropolitan area than a school comparable in size like Sacramento State.

Out of curiosity, I went to the Sacramento State campus police website and viewed media logs from the last few months. I found just as many, if not more, reports of theft than at Chico State. There were more reports of a more serious nature, like individuals arrested for previous warrants than at Chico State as well.

In addition, when searching for this information, I could find nothing in the Sacramento State student paper website, The State Hornet, on police activity.

A student’s best defense against crime is information. At Chico State, the combination of campus alert emails and The Orion’s reporting mean that students know where problem areas and times on campus are.

That is an advantage that other schools do not have.