Acker Gym is ready for the return of basketball 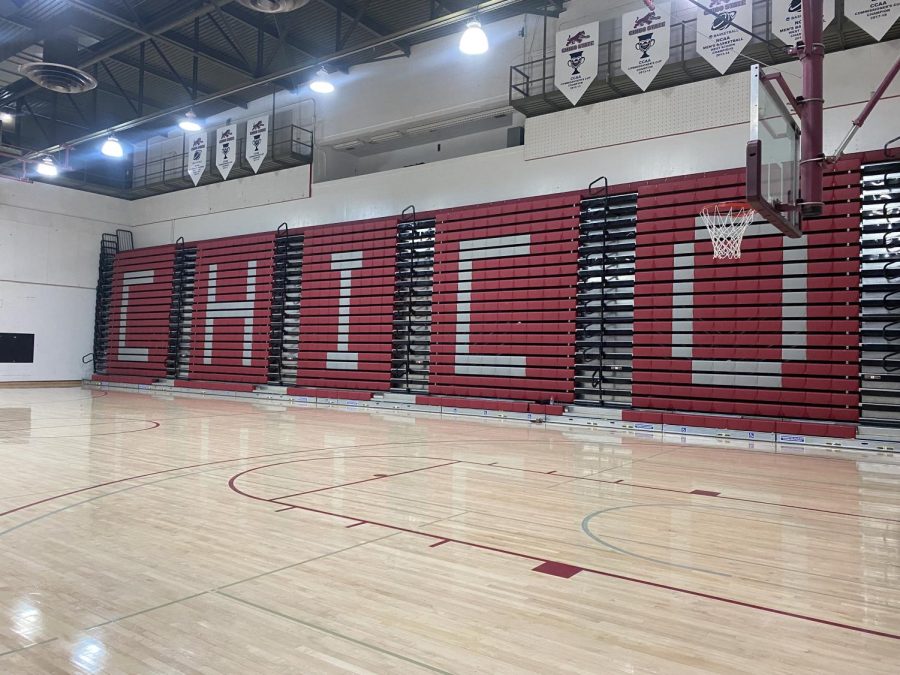 Chico spelled out in the empty bleachers at Acker Gym.

They finished with a 23-7 record, and a 17-5 record in conference games. The Wildcats had big aspirations for the NCAA Division 2 tournament.

A big run for the Wildcats was potentially in store, but everything changed when the pandemic started. The NCAA tournament was canceled.

Their first official practice since the 2019 season was Oct. 15. Multiple coaches were giving instructions and the players were practicing hard — the intensity was there. 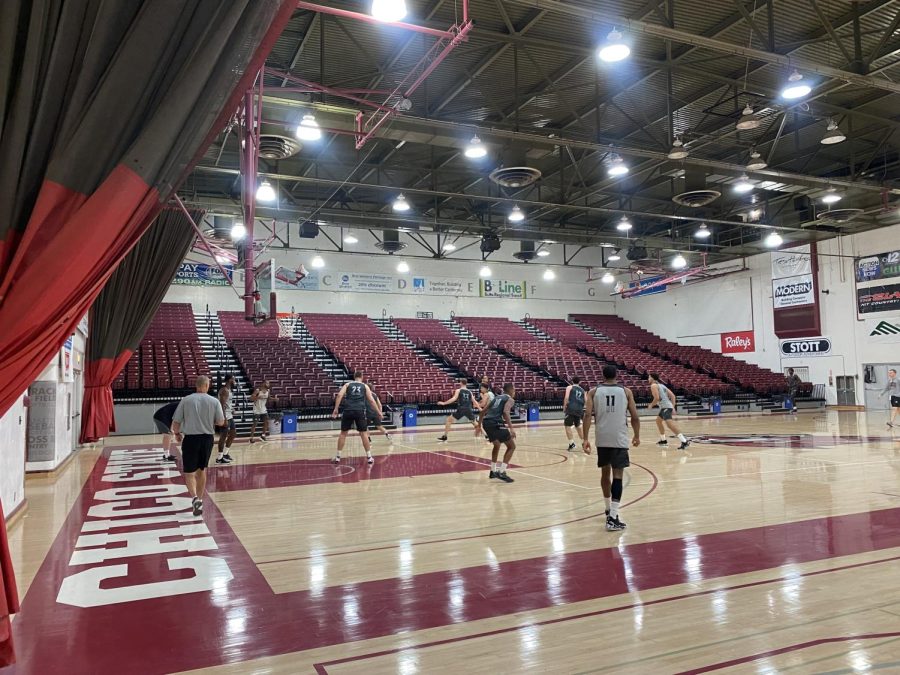 Coach Clink watching over his players, whilst they run a drill 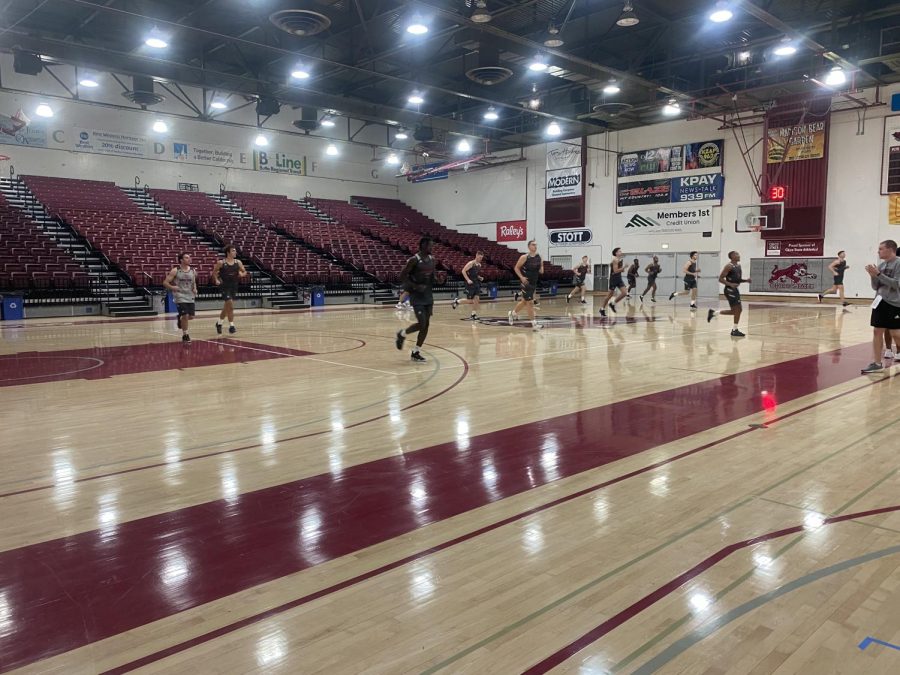 The team warming up prior to their first official practice

This year’s team has 18 players: nine new and nine returning from the 2019 season. Four of the new players are true freshmen, and the other five are new to the Chico State campus.

Out of the nine returning players, there are three seniors. Point guard Isaiah Brooks, guard Kevin Warren and forward Malik Duffy are players Head Coach Greg Clink is relying on to set the tone for the season.

“They set the example on how to operate and show up to work,” Clink said. “It is a lot of leadership by example from those three guys.”

Brooks, who is coming off a second-team All-CCAA back in the 2019-2020 season envisions big things for the team, but it starts with cohesion.

“Making sure everyone is included and becoming one,” Brooks said. “We have this collective group of guys who want to get better everyday and win.”

During their first official practice, the energy was high. From communicating to friendly banter, the Wildcats have been waiting for this moment. 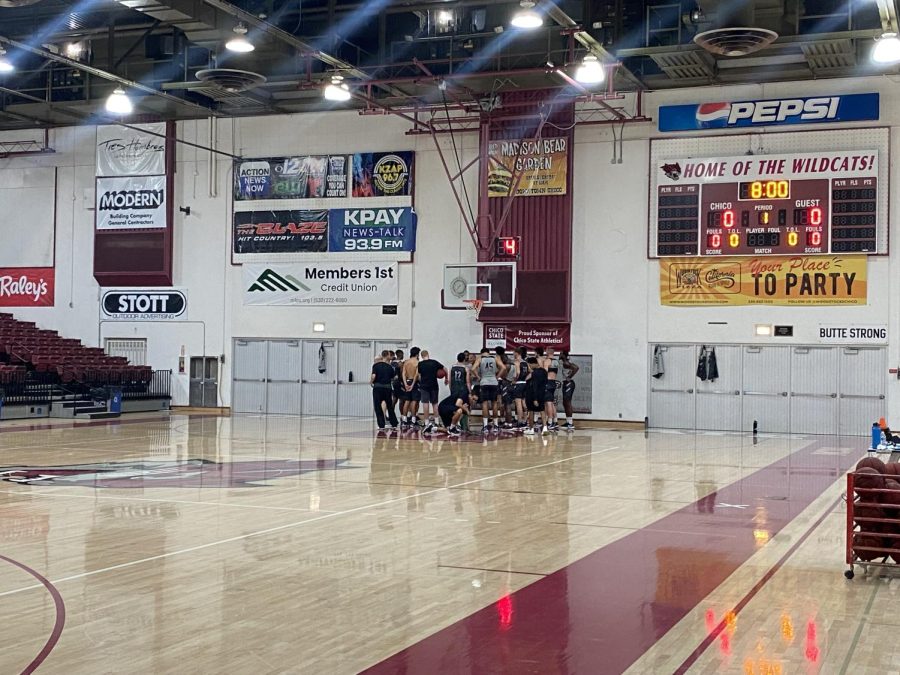 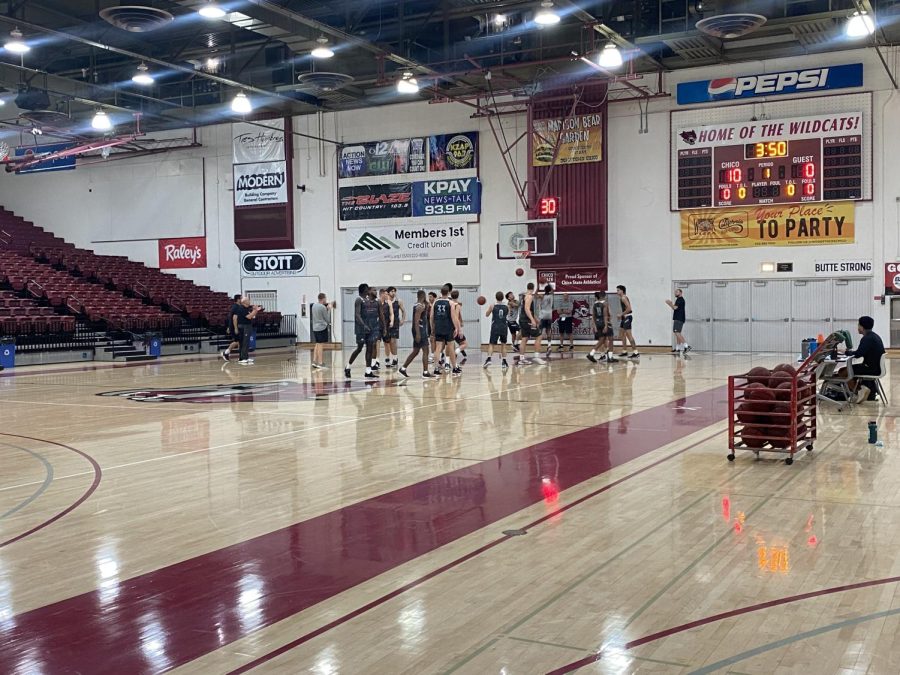 The Wildcats warming up in their layup lines

Warren, who was the recipient of the 2019–20 CCAA Men’s Basketball Championship Scholar Award, mentioned that it felt great to be back on the floor with the team.

“It has been a long time since we have been in the full swing of things,” Warren said. “I feel like we have been really working hard and have been taking it day by day.”

Basketball is a team sport and the Wildcats have that team environment despite all the uncertainties that have been thrown their way.

2019-2020 First Team All-CCAA recipient Duffy describes how the core of the team has shown promise early in their preparation.

Acker Gym has been known for the energy fans bring for the Wildcats and against their opponents.

Senior graduate assistant Ricky Delgado-Martinez shouted out the community and said how excited he is for the fans to be back in Acker.

“You are going to expect a team that gets after it,” Delgado-Martinez said. “We come in and compete every day man, people should be excited.”

The Wildcats will kick off their season facing final four finalist UCLA in Westwood on Nov. 4 for an exhibition game.

The first home game is on Nov. 17, when they host the Academy of Art Urban Knights at 7 p.m.

That is set to be their first home game in almost two years.