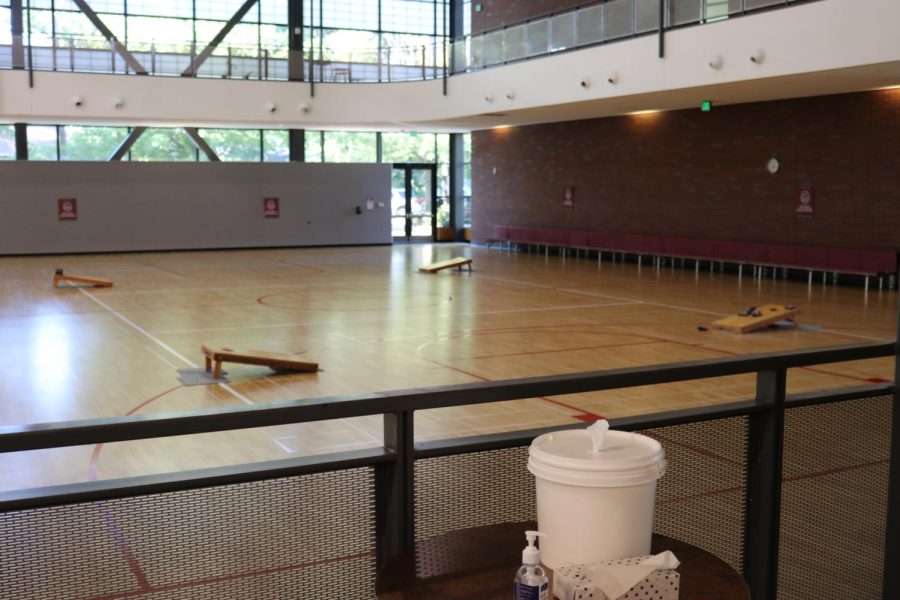 Despite converting the basketball courts to a place where students can play cornhole, they still remain largely vacant. Photo by Noah Herbst, taken Oct. 13th

The Wildcat Recreation Center has undergone many changes since the pandemic began. However, the recent closure of the basketball courts may have caused the biggest reaction from students thus far.

The WREC’s basketball courts have now closed down twice because of student disregard for the campus mask mandate. The first closure, which happened in early September lasted only a week, followed by another closure a few weeks after. The courts have remained closed ever since.

Teresa Clements, associate director of WREC, said the closure came as a result of students ignoring the mask mandate and the strain it put on student staff.

“If we had all three courts going, we would have problems on three courts,” Clements said.

Employees had to tell students daily at the basketball courts to put their masks back on and were often ignored or disrespected.

”I’m like everybody else, I cannot wait for masks to be gone,” Clements said. “But we have to go with whatever the current policy on campus is.”

Tania Jaimes, a Chico State student and WREC employee for four years, said she is asked almost daily when the basketball courts will be reopening. Neither Jaimes nor Clements is sure of when that will be. 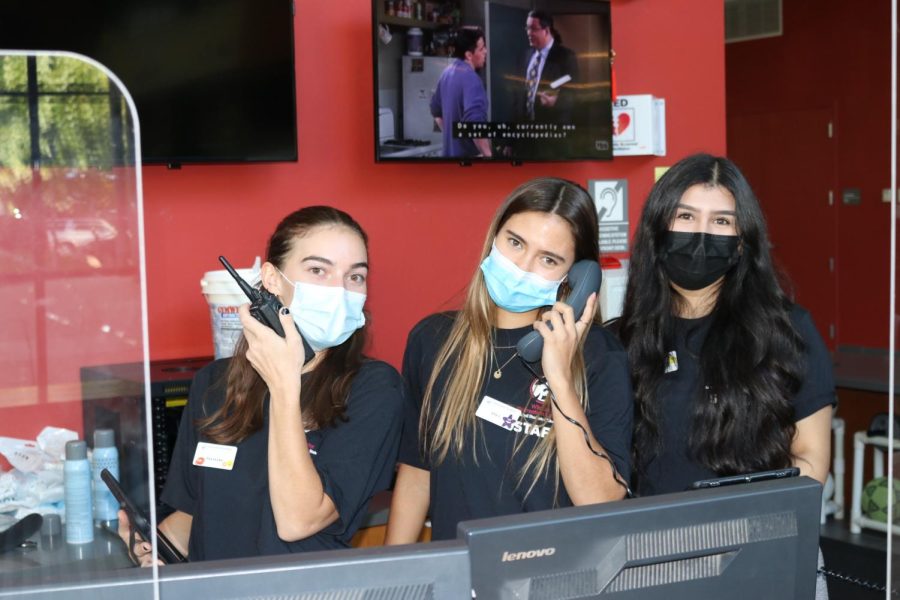 It is unlikely that the 5-on-5 pickup games that attracted numerous students to the basketball courts will be back anytime soon, as the difficulty of enforcing the mask mandate has made it unrealistic.

Currently, the WREC staff is considering alternate ideas. One idea is to limit two people per hoop, that way students can get some practice in and shoot around with a friend.

“We want to get people out there and at least be able to shoot around,” Clements said. “I don’t want to keep them closed forever.”

Nothing is guaranteed, and the WREC has tried to incorporate other activities on the basketball courts, like cornhole and volleyball.

Students who want to play basketball have had to look elsewhere for opportunities.

Marcus Rehrman, a senior at Chico State, has been playing basketball at the WREC since his freshman year. When the WREC reopened for the Fall 2021 semester, Rehrman was at the basketball courts three days a week.

He said there’s no reason for him to go to the WREC now. Rehrman had to get his basketball fix by playing on outdoor courts at parks. To him, the outdoor park experience is completely different. He doesn’t get to hang out with his friends while playing and the competition just isn’t the same. 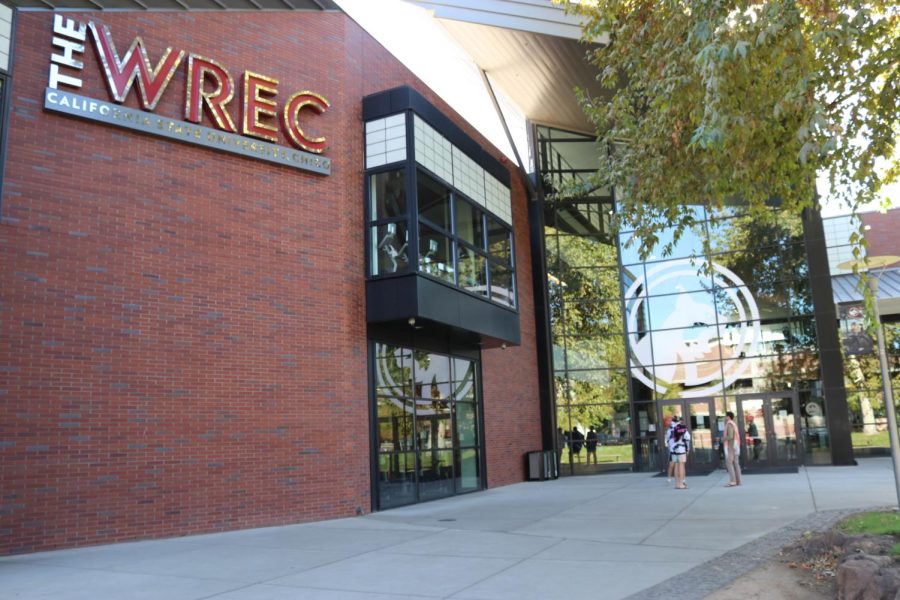 The entrance to the WREC. Photo by Noah Herbst, taken Oct. 13th.

Rehrman never had a problem with the mask mandate and wants to get back to playing basketball in the friendly and competitive environment the WREC provided.

When asked about how he would feel about the courts being reopened to a limited extent, just for shooting, he said he’d be perfectly fine with it.

“I would, at least, be able to get back in the gym and shoot around,” Rehrman said. “Better than nothing, right?”

In other areas of the gym, the staff hasn’t had to deal with as much resistance to the mask mandate, like the weight room. However, employees still have issues with students who don’t comply. Clements says they almost had to close the indoor soccer courts too, but were able to get students to comply.

Repeat offenders have even been suspended from the WREC, which is intended to serve as a message to other students.

For students who still detest working out with a mask on, the staff at the WREC understands where they’re coming from.

“I totally feel for them,” Clements said. “Nobody would choose to have to come to work out with a mask on, but we also have to accept that following the mask mandate on campus is the only thing that’s keeping us open.”