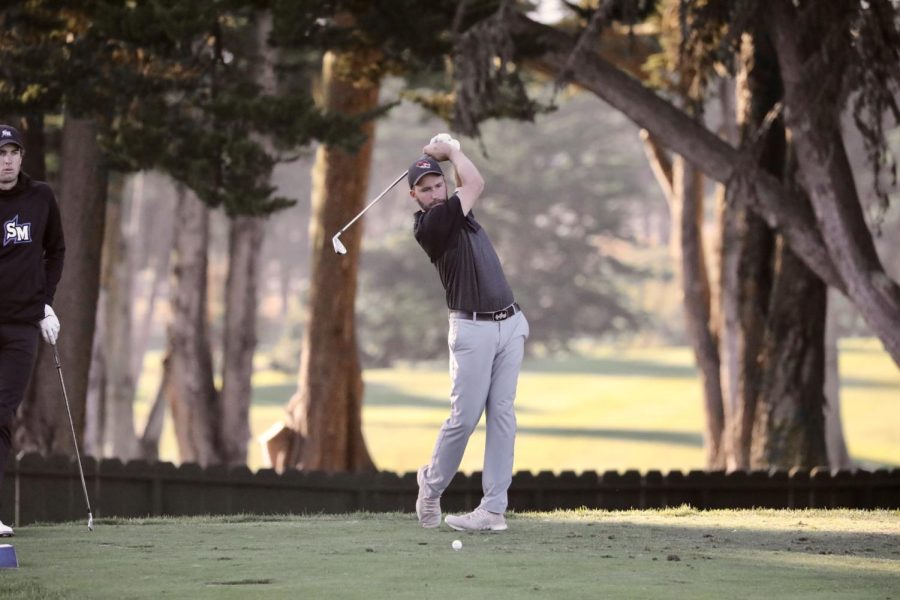 Chris Colla After a shot.

Chris Colla shot a 1-over par 217 which was enough to earn him second individually for the tournament, losing by only four strokes to Cal State San Marcos sophomore Matt Pennington.

“It’s one of the things you work for and we practice a lot and play in the summers and it feels good to get some results of some good golf,” Colla said.

Colla’s best performance came in his third and final round where he shot a three-under par 69 to end the tournament.

Tyler Ashman played some of the best golf of his collegiate career while tying for eighth place individually, shooting a 6-over par 222. Ashman was able to shoot a career low round score of 67 strokes and earned two eagles on the way on hole one and hole 10.

“Two eagles is kind of hard to come by, but I knew I was hitting the ball well and putting the ball in good positions,” Ashman said. “The putts were bound to drop and I put together a solid round.”

This is Ashman’s second top 10 finish of not only his season, but in his career.

Ashman plans to keep the rust off by playing in some amateurs during the break between fall and spring competitions. 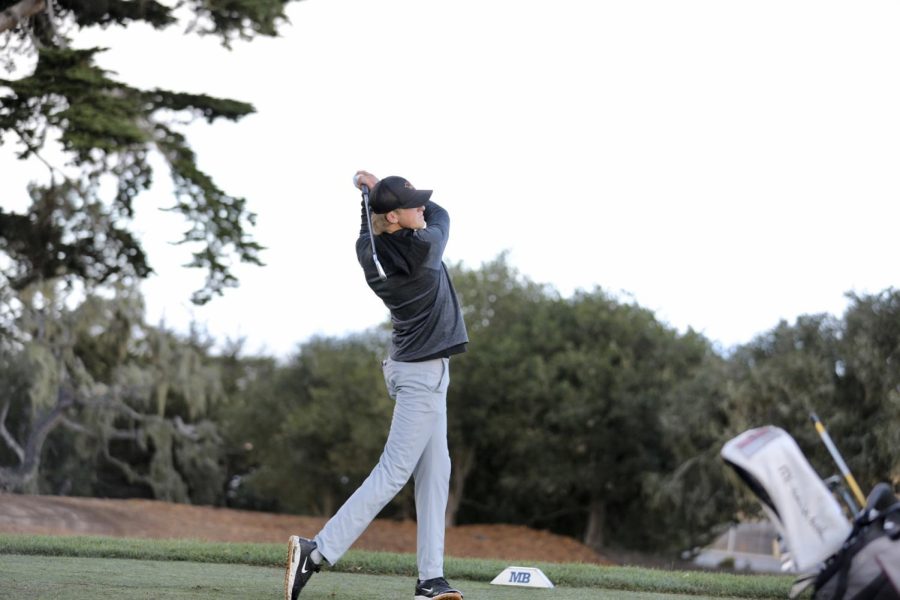 Mike Stephens finished in a tie for 36th place shooting a 15-over par 231 during the tournament.

Rounding out the Wildcats were Mark Noonan and Dakota Ochoa, who both shot a 16-over par 232 and tied for 41st place individually.

This marks the end of the fall competition for the men’s golf team, taking home one tournament championship and two other third place finishes.

“It felt good to get another top finish,” Noonan said. “We feel pretty confident about how things are going and going into the main season.”

The Chico State Men’s Golf team will have a lot of rest and be spending time to improve and tune their game while gearing up for spring competition. Colla talked about the steps he will take to come back strong next spring.

“Take some time off, rest, make sure the mental game is in a good spot and get back in the gym to try and get a little stronger,” Colla said.

The men’s golf team will not have another competition until February of 2022. They will be heading down to Cal State San Marcos and playing in the Fujikura Invitational on Valentines day.

Mikey Passaglia can be reached at [email protected] or @mikeypassaglia on Twitter.