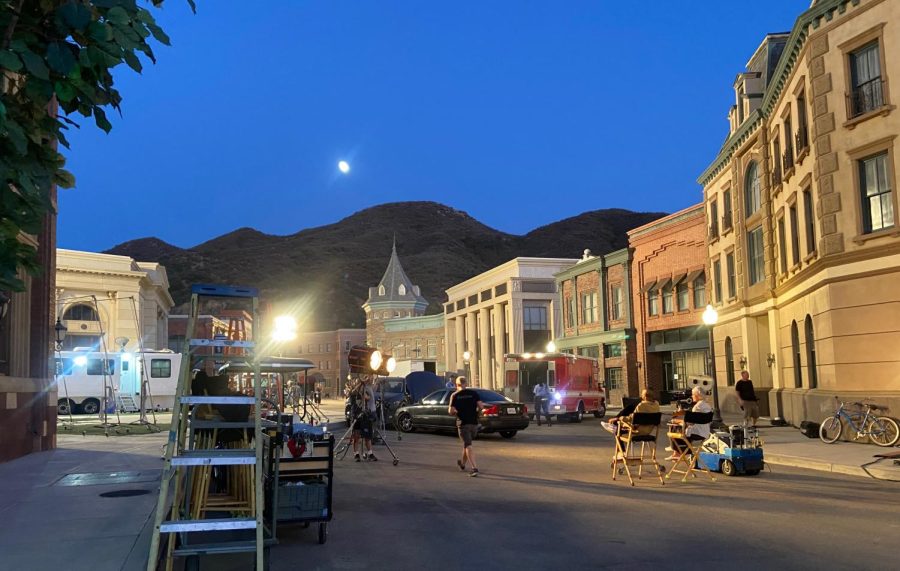 While on the set of his newest film “Rust,” actor Alec Baldwin was involved in an accidental shooting that resulted in the death of cinematographer Halyna Hutchins. The film’s director, Joel Souza, was hospitalized for injuries he sustained during the shooting.

Unfortunately, Hutchins lost her life on the same day six crew members walked off set to protest poor working conditions, inadequate pay and safety concerns. The incident has prompted an investigation to discover how live rounds got into a prop gun that was declared “cold.”

My dad has worked in the film industry as a prop master for just over 20 years. Growing up, I was deeply fascinated by what my dad did. He had the best stories from times like when he worked with Beyonce on a music video or like when he got to throw a pie at Harrison Ford’s face.

But for every good story there was an equally stressful one. I can recall horror stories ranging from things like a rude director, bad communication, primadonna actors and unnecessarily long hours.

A prop master is responsible for supplying props that will fit the scene and interacting with the actors. In some cases the actors need to be guided through how to use a specific prop to ensure an authentic performance. My dad has never worked on a production that required firearms in the way “Rust” did, and for that I am glad.

Although accidents like this seem to be rare, they are not unheard of. In a 2016 report, The Associated Press determined that from 1990 to its time of publication that 43 people have died on film sets in the US and 150 sustained life-altering injuries.

By nature getting a crew of people together to create a cohesive body of work can be stressful. The pressure of companies pouring money into a production leads to unattainable expectations to satisfy their creative vision.

I got to experience this chaos first hand during the past two summers when I worked as a production assistant. Being a PA, also affectionately known as a “gopher,” means you are at the bottom of the food chain. I didn’t care what kind of tasks I had to do. I was happy enough being around the magic of filmmaking.

I worked during the COVID-19 pandemic. After months of a hard shutdown, film crews were eager to get back to work. The film industry in Los Angeles had to follow the county’s guidelines as well as its own.

Prior to every work day the crew was called in for a safety meeting. The director and COVID-19 compliance officers made it clear:  for the production to continue, everyone must follow guidelines.

The safety of the cast and crew seemed to be the priority because it meant that everyone could continue working. This is just a small example of how production companies seemed to look out for those of us on set.

After hearing about the events that took place on the set of “Rust” it was hard to fathom how an accident of this magnitude was even possible. When firearms are required on a set, the responsibility shifts from the prop master to an armorer, someone who specializes in the handling of weapons.

In a Los Angeles Times article, “Rust” director Souza recalled the events that took place prior to the incident. Souza told authorities that Baldwin, armorer Hannah Gutierrez Reed and assistant director Dave Halls were the only ones authorized to handle firearms.

Halls handed Baldwin the gun that contained live ammunition. Souza also claims that prior to a lunch break they were rehearsing for a scene where the gun would be taken from a holster and pointed at the camera. When the crew returned from lunch Souza said he was unsure whether the guns were re-checked.

Halls has been accused of neglecting safety going back to 2019. Maggie Goll, an IATSE Local 44 prop maker and licensed pyrotechnician, said in a statement to CNN that Halls failed to uphold the firearm safety protocol on Hulu’s “Into the Dark.” The protocol consists of safety meetings and the firearm announcements on set.

That same year Halls was fired from the set of “Freedom’s Path” after a gun misfired and injured two crew members. The question then becomes: Why was Halls hired for “Rust”?

Along with Souza, veteran prop master Neal Zoromski told the LA Times that he turned down an invitation to work on “Rust” because the producers seemed more concerned with saving money than crew safety. Zoromski also claimed that a seasoned actor like Baldwin should have recognized and addressed these concerns.

This tragedy sparked online criticism from people within the industry. Michael May, a long-time camera operator and cinematographer, commented in a Facebook post: “If Baldwin wanted the movie done right, he would’ve helped get the right people and taken care of them.”

Filmmaking requires a collaborative effort where everyone is accountable to enforce the rules and keep everyone safe. Looking at what led up to Hutchins’ death speaks volumes to the seriousness of safety protocols and the importance of prioritizing the crew’s well-being.

Hall’s reputation and crew concerns about a lack of safety should have made this tragedy avoidable. Instead, a mother and up-and-coming cinematographer lost her life. She died as a result of negligence from the people who were supposed to protect her.