The Wildcats huddling up prior to taking their pre-game warmups.

The undefeated Wildcats dominated the Pacific Union Pioneers, ending their preseason two-game home skid on the right foot prior to conference play.

The Wildcats, newly ranked No.12 in Division II standings and No.1 in the Western Region,  have not been ranked this high since the  2016-2017 season.

The Pacific Union Pioneers failed to secure their first win of the season. 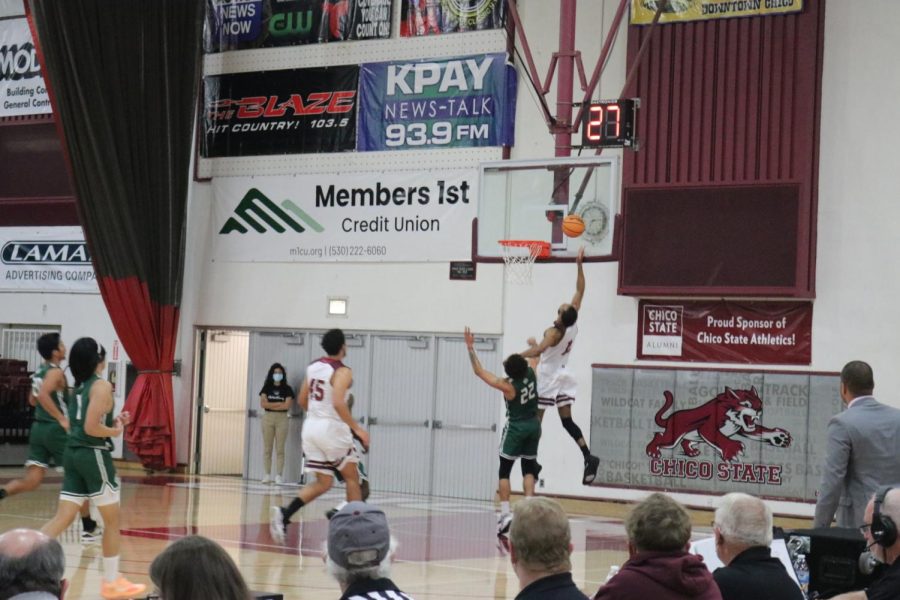 Kevin Warren finishing a contested lay up against the Pioneers.

“My teammates found me in the open spots,” Warren said. “I was just trying to get out in transition and run the floor with my teammates.”

“He was making some remarkable shots,” head coach Greg Clink said. “That put us on our heels, but our response in the second half was good.”

While the Wildcats were up 45-36 heading into halftime, Clink shouted to his players, “It’s time to guard! Let’s go!”

The Wildcats did just that, limiting the red hot Lopez to just 3 second-half points.

“Me and Joshua Hamilton pride ourselves on being the best wing defenders we can be,” Warren said. “We were trying to deny him the ball and make it tougher on him.”

The Wildcats moved to 4-0 after defeating the Pioneers 87-61. They outscored the Pioneers 42-25 in the second half, and four of the five Wildcat starters were in double figures. Backup point guard Colby Orr added 11 points off the bench. 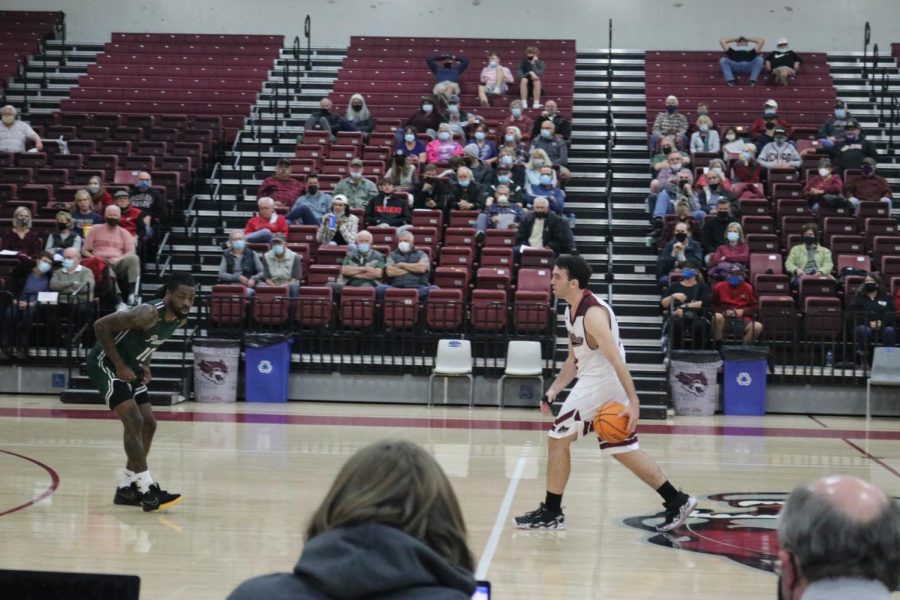 Colby Orr dribbling up the half court against the Pioneers

“I want to keep getting better,” Clink said. “We need three great practices before we head to Stanislaus.”

The Wildcats will begin their road trip to Turlock, where they will face off against the Stanislaus State Warriors on Nov. 27.

“We have to be more physical and pressure the ball more,” forward Kelvin Wright Jr. said. “Coach Clink always says we have to play hard through all 40 minutes of the game.”

This upcoming three-game road trip won’t be an easy task because the CCAA is a conference  full of nationally ranked teams.

The Wildcats’ second road trip game will be against the No. 21 Cal State San Bernardino Coyotes on Dec. 2. They will finish their road trip playing the No. 11 Cal Poly Pomona Mustangs on Dec. 4. 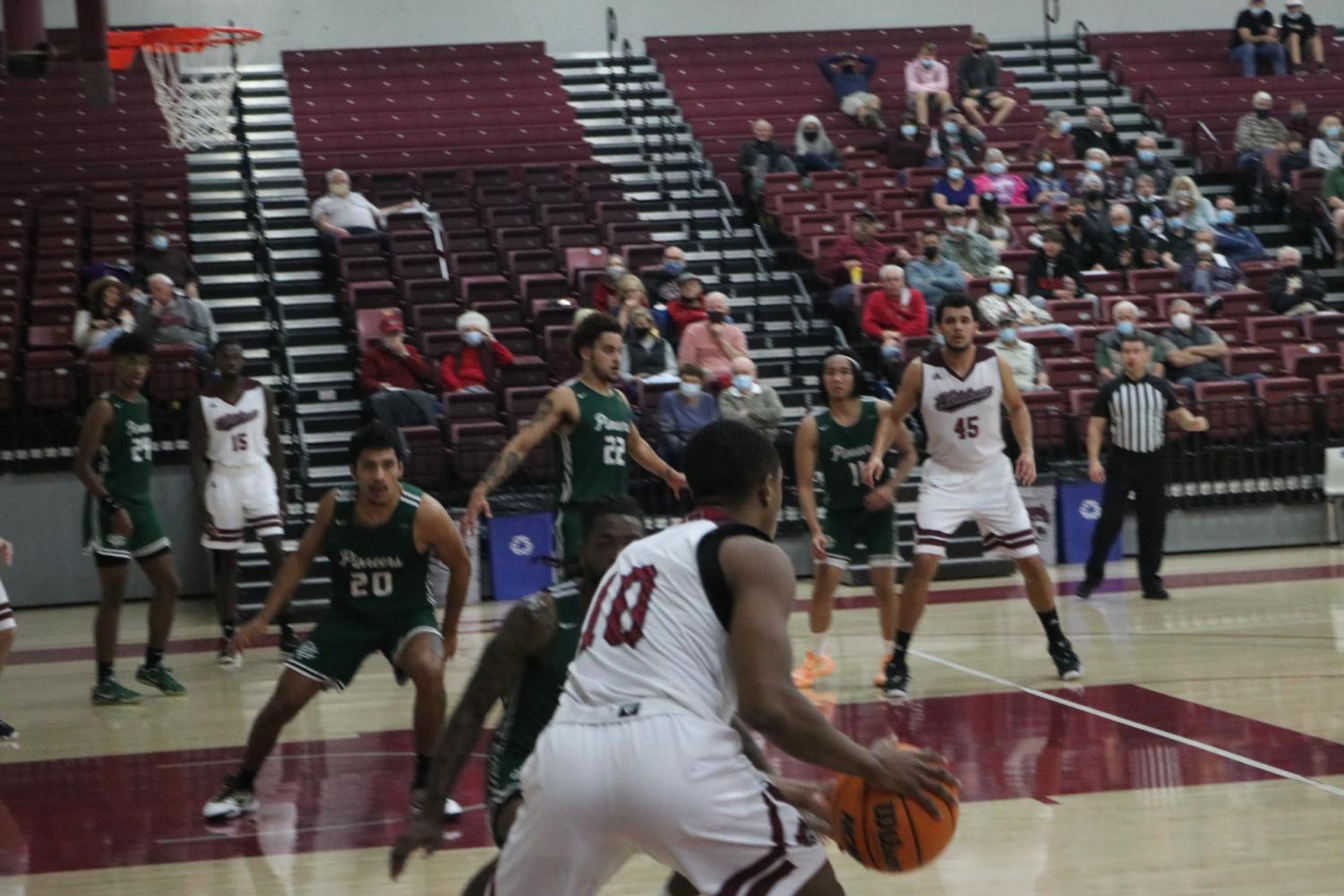 Joshua Curls setting up the play for the Wildcats. 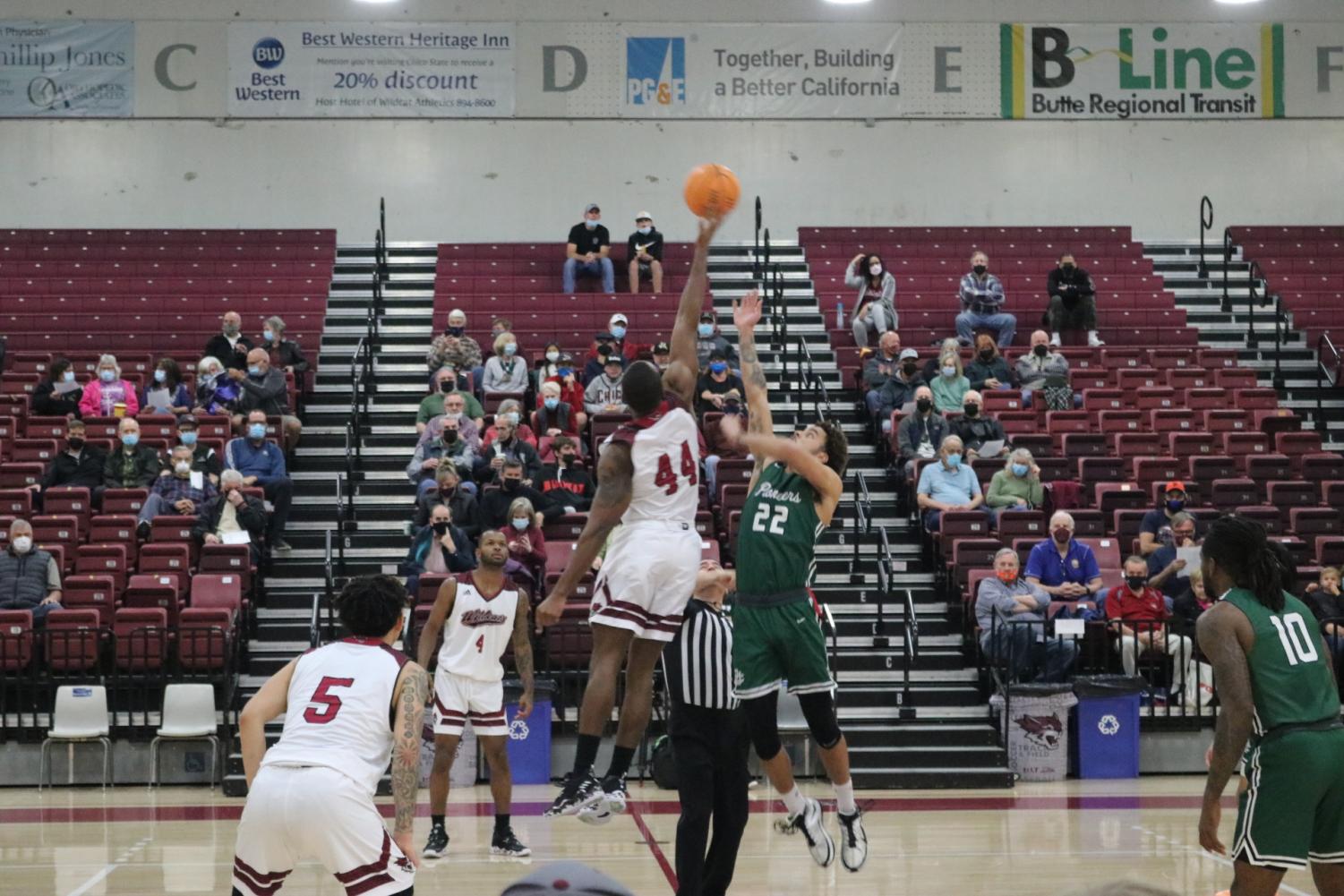 Kelvin Wright Jr. winning the jump ball against the Pioneers

“Building off of what we got is key, we know in our conference there are no easy games,” Orr said. “Staying together and leaning on each other will be crucial during this three-game road trip.”

Guard Isaiah Brooks wants the team to make a run.

“I had a lot of adversity during my sophomore and junior years,” Brooks said. “I want to compete for all the team accolades during this year.”Javier Hernandez can be contacted at [email protected] or @jhm1226 on Twitter.