Returning Wildcats reflect and look ahead to next season 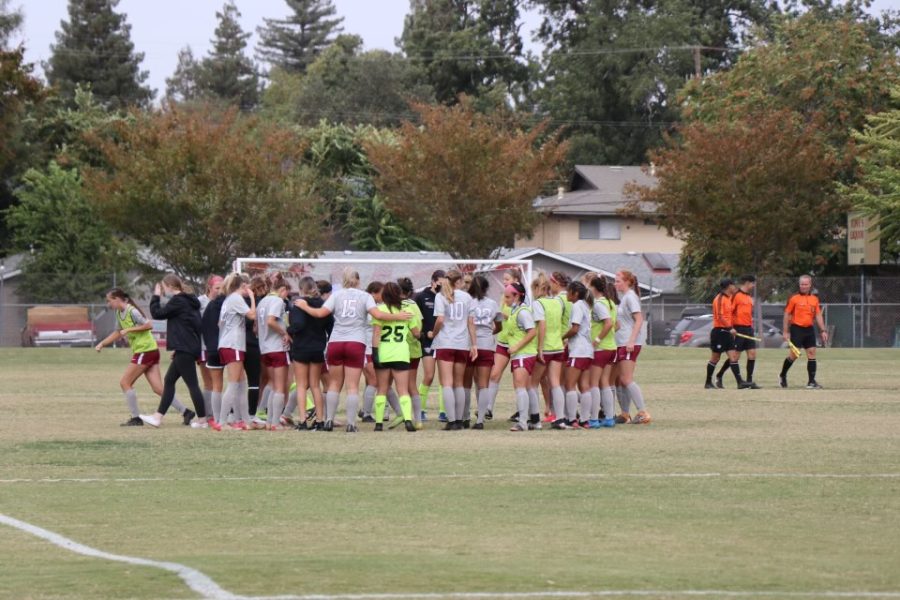 The Wildcats lost three important players at the end of the 2021 season, defenders Jordan Doukakis and Kylie Martinez and midfielder Sarah Emigh. However, a goalkeeper who earned Freshman of the Year, a transfer student who was the anchor of the midfield and the California Collegiate Athletic Association Offensive Player of the Year are all set to make another push at a conference banner.

Freshman keeper Emma Hofmann stepped into the role as starting keeper and immediately helped her team get off to a blazing start. Hofmann recorded an .867 save percentage this year and was on a seven game shutout streak throughout the majority of the regular season. She ended with 10 shutouts, the most among any freshmen in the nation.

Hofmann said the extra time she had to prepare due to COVID-19 gave her the confidence to succeed and help the team. Confidence, she said, was higher than it has ever been.

“I was as confident as I have ever been, and I believe that was shown,” Hofmann said. “I am proud of myself and my team for having an amazing season.”

Hofmann said this season’s trust was built, and will be the foundation of next year’s run, because trust among teammates doesn’t happen quickly.

“Another lesson that was learned this year was the importance of trust,” Hofmann said. “When we didn’t have that trust we weren’t as successful, I hope that our trust within the team strengthens this spring and our time training together.”

Sophomore Brynn Howard was a transfer student this past season. Throughout the year, Howard found her voice on the field as a leader.

While Howard hasn’t thought of herself as a leader, she will be viewed as one next year to control the midfield along with sophomore Camille Lidster after senior captain Sarah Emigh plays her final season.

“I really didn’t think of myself as a leader, being new it was never my intention to lead,” Howard said. “I think how close I got with people and how much this team quickly felt like home allowed me to transition smoothly and open up.”

This team of 30 plus will always be a recipe for fun times, and Howard said there was not a day at practice where no laughing occurred. She said all the girls on the team from the seniors to the freshmen showed what the program is all about.

Returning Offensive Player of the Year Susanna Garcia will be looking to find herself in front of the goal and help her team win just as she did last year.

She said the camaraderie between the players will transfer over and teams should expect them to get better and grow as a team.

“A lot of good came from this past season,” Garcia said, “for us to continue to grow we have to move on and focus on the next challenge.”

With a strong team campaign after a year away from collegiate play, Garcia said she didn’t know what to think coming into the season. However, this was a stepping stone for the program’s bigger ambitions and this young team showed they were ready for the season.

“With it being our first season back after not playing with each other for so long I didn’t know what to expect, people stepped up when we needed it and we didn’t shy away from adversity,” Garcia said.

Through the hardships, Garcia both reflected and looked towards the future of this team in a positive way.

“One of my favorite seasons, I’m excited for what’s to come for this team,” Garcia said.