Wildcats conquer the Coyotes in clash of CCAA titans 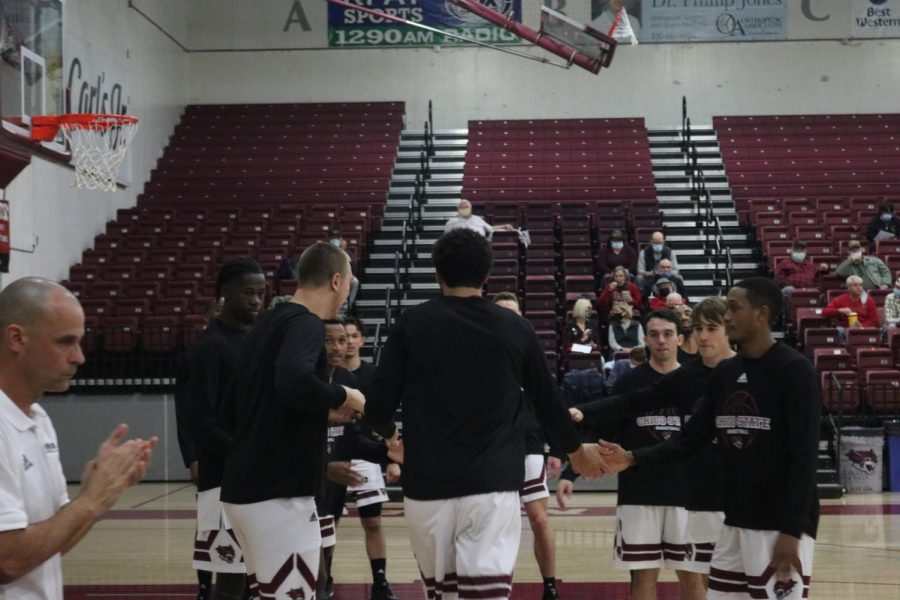 Malik Duffy during his introduction.

It was strength versus strength, but the Wildcats defeated the Coyotes with their best 3-point shooting performance in program history — knocking down 20. The Wildcats move on to 6-0 on the season, with two of those victories coming in CCAA play. 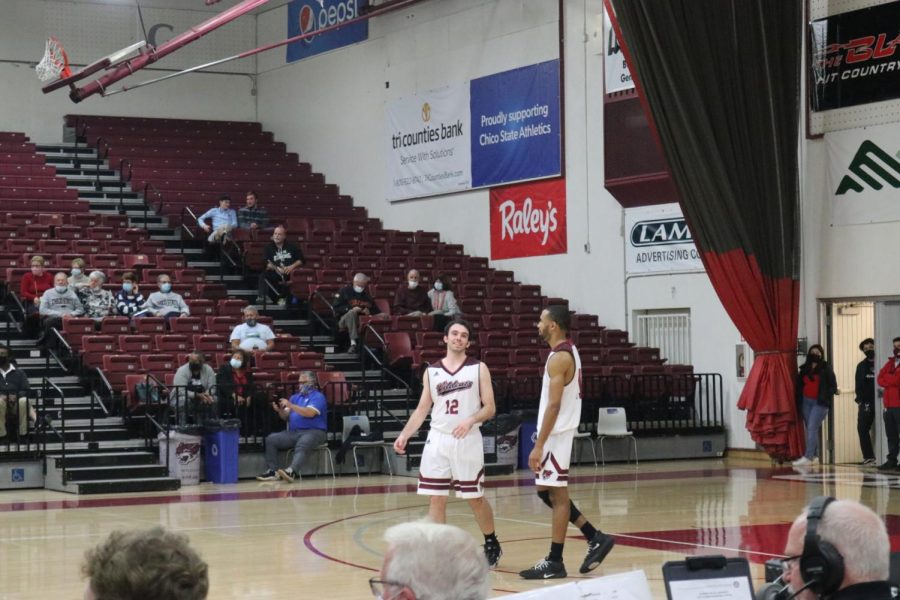 Guards Colby Orr and Kevin Warren talking during an intermission.

The game started off bizarre, as the Coyotes received a technical foul prior to tip off because their shot clock wasn’t higher than the backboard, which is against the rules.

Senior forward Malik Duffy took the free throw and knocked in the Wildcats’ first point of the game. This definitely wasn’t the last we would hear his name, as Duffy had a game-high 26 points.

Duffy said the team’s focus in practice this week was getting more quality reps from the 3-point line.

“None of us have egos,” Duffy said. “We want whoever has the hot hand to keep going.”

The first half was dominated by the Wildcats, as they led 57-43 after 20 minutes of play. Fifty-seven points was the most points they have scored in a single half during this season.

The second half was basically identical. The Coyotes chipped into the lead, but it wasn’t enough.

The Wildcats, who have been relying on their stingy defense, used their efficient and high scoring offense to end the Coyotes’ streak with a score of 99-90.

A season high in points was set for the Wildcats after their performance. Senior guard Isaiah Brooks had a season and career high of 23 points. He credits this to being able to adapt as a scorer instead of a facilitator, which he typically is for the team. 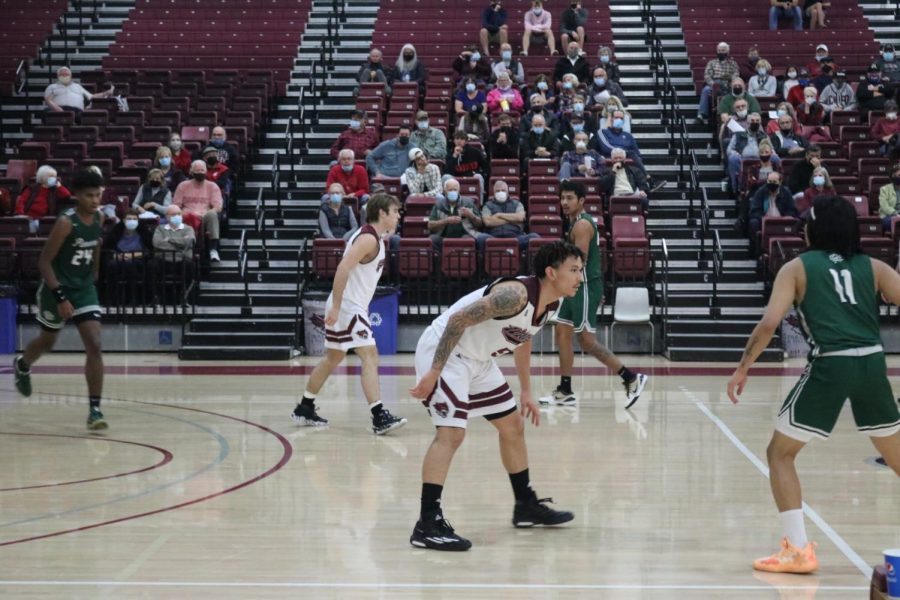 “The coaches and my teammates believe in me,” Brooks said. “I just do whatever needs to be done for the team to be successful.”

Junior guard Colby Orr had a career-high 16 points off the bench while draining five out of 10 3-point attempts.

Orr said that this game was huge, considering the Coyotes’ capabilities and their hostile home environment.

“It feels great to get a big win on the road,” Orr said. “We just need to keep the ball rolling and keep improving every game.”

Their 6-0 start is their first since 1943, and their fourth overall in Wildcat history.

The Wildcats head to Cal Poly Pomona to take on the Mustangs on Dec. 4. This will conclude their three-game CCAA road trip.

Senior guard Kevin Warren emphasized the importance of taking each game as it comes.

“We have to prepare the same way we do for each game,” Warren said. “Each game is going to be a battle in the CCAA.”