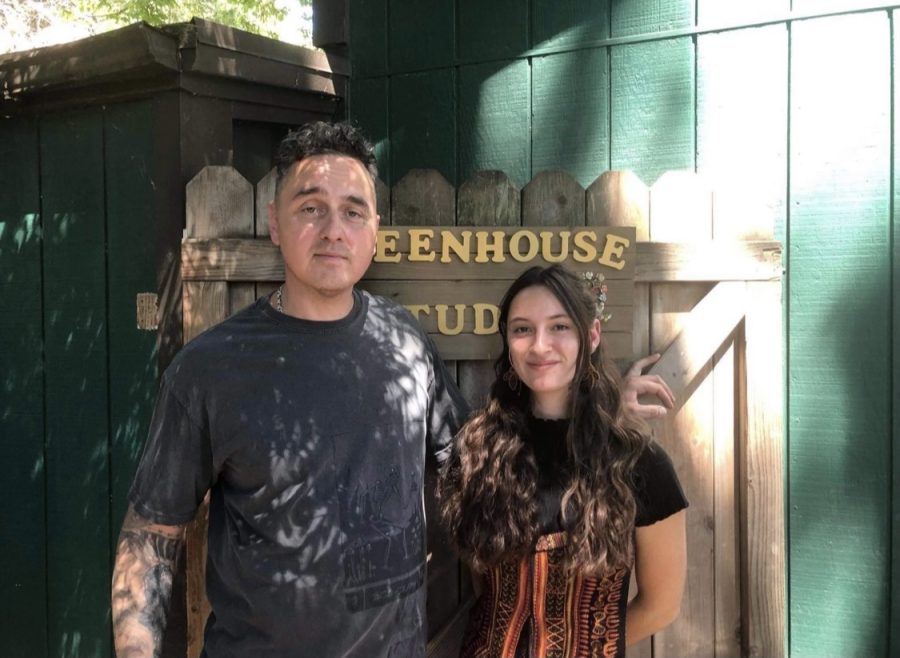 From racial disparities to prison reform, social issues are addressed through many lenses. But art could hold a key to the community enrichment needed to make progress on such issues.

Greenhouse’s work goes beyond just one social issue; it gives the community a growing medium for a culture that may, hopefully one day, see the beginning downfall of unjust social disparities.

Greenhouse spreads awareness of issues like mass incarceration with the simple gesture of community enrichment, like helping amateur artists network to boost their careers.

At this past summer’s Prisoner Art Show, Greenhouse sold and promoted the art works of numerous currently and formerly incarcerated artists trying to be seen by the world.

Formerly-incarcerated guest speakers Henry Ortiz, Joaquin Jordan and Helene Ginter, who are now professionally employed, appeared to talk about the problems of mass incarceration in this country. Topics included: the justice system’s unfair targeting of people of color, the lack of reintegration opportunities for formerly incarcerated people and alternative models of restorative justice that focus on inclusion and accountability instead of punishment and incarceration.

The show echoed a part of Gutierrez’s life story that he shares through his work with art and academia. Like the show’s guest speakers, he was also incarcerated.

Gutierrez started in the English department at Butte College before switching his major to journalism. He now plans to graduate in May 2022 with a major in humanities.

After graduating Pleasant Valley High School in 2016, Katsikas graduated with a major in studio arts from Butte College in 2020.

“I didn’t have much of a direction,” Katsikas said, “and I remembered when I was a child, I really loved art and I was constantly drawing and I kind of wondered, ‘Why am I not doing that anymore?’”

The Rebound Scholars program is still in its outreach phase, but will soon extend Project Rebound’s state-funded mission to reintegrate formerly incarcerated students into successful lives and careers.

In 2019, he wrote an article for the Roadrunner about the troubles faced by formerly incarcerated students whose job applications were rejected by campus employers. The article highlighted the absurdity of students trying to reintegrate themselves through educational institutions that are meant to provide new opportunities but, instead, become obstacles. 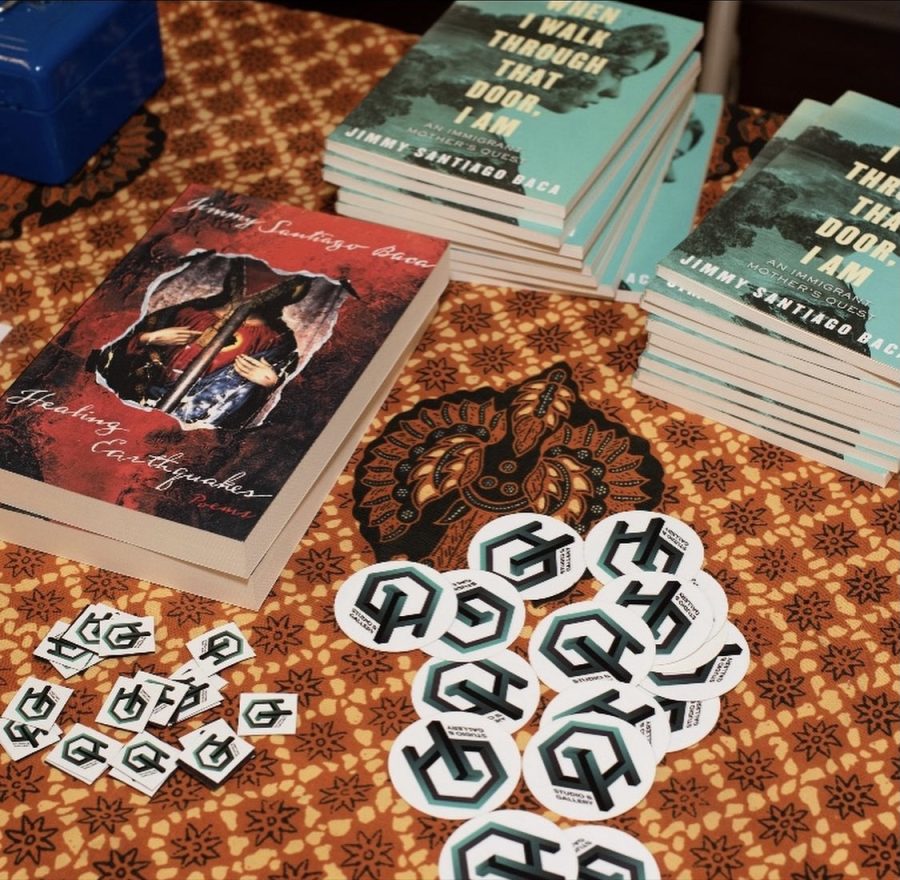 The Urban Institute has found that arts education helps develop skills significant to high-risk individuals in the justice system. They also reported that at-risk youths with high levels of art engagement yielded positive outcomes in areas like school performance that prevent justice-system involvement.

Louisville, Kentucky, even has a non-profit organization, Fund For The Arts, that focuses on art-based crime prevention programs.

The event raised over $1,000 for the California Repeal Three-Strikes Law Initiative, which may appear on the November 2022 ballot.

Gutierrez and Katsikas met in a gallery production class at Butte College. When last year’s quarantine pushed all campus activities to Zoom, Katsikas reached out to Gutierrez after the murder of George Floyd, to discuss the issue of white privilege. In response to this tragedy, they teamed up for their first art show, the Black Lives Matter art show.

Since monca and 1078 Gallery were closed in 2020, Gutierrez and Katsikas used what they learned in class to organize the event. They used Gutierrez’s backyard for space, advertised through KZFR and Chico News & Review, and networked through social media. The show raised around $2,000 for the Color of Change organization.

Katsikas said the show was an emotional experience and reassuring that a strong network of artists validates hope for social change. Another impact for her was the learning experience from the show’s organization and engaging with the topics of the Black Lives Matter movement.

“The knowledge that I got out of the show was huge,” she said. “I learned a lot from putting an art show together and about black lives, and this whole issue that I never really gave much time or thought to until things got really ugly.”

Gutierrez said he was proud of the community and artists who participated.

“At this time, I was still sanitizing my groceries,” he said. “I had no idea what was going on. Nobody did. But everybody came. There were sanitation stations everywhere. Everybody came masked up. Everybody was willing to do what it takes to enjoy the art.”

Gutierrez saw the event’s turnout as an opportunity for his next move in life.

“I realized that I have a knack for this — for organizing and bringing art together — and so it encouraged me to keep going,” he said. Next, Greenhouse hosted the Spring and Summer Art Fairs.

Growing up in Modesto, Gutierrez had relationships with people, including some family members, who had been incarcerated or in juvenile detention.

“It was almost inevitable that I would fall in their footsteps, and I did,” he said.

From inside prison, Gutierrez started to forge a new path to raising awareness about the socioeconomic problems with mass incarceration.

“I spent a lot of time in there,” he said, “and I also changed my life in there.”

He started attending college classes and getting involved with supportive groups while he was incarcerated.

“Someone’s crime shouldn’t define them for the rest of their life,” Gutierrez said. “There’s beauty in prison. There’s beauty in the pain, and it’s reflected in this artwork.” He then pointed to a stunning, sold painting from an incarcerated artist that he was getting ready to ship out. “I mean, look at this!”

Gutierrez’s academic interests diverged him away from actions that once accompanied his past struggles with addiction. He said that he replaced a life of crime with learning.

“I just wanted to be in an environment where learning was taking place, positive things were happening and I could just get involved,” he said.

PEN America, a nonprofit organization that intersects human rights and the progress of literature, awarded Gutierrez First Place in Fiction for their 2017 Prison Writing Contest. He wrote the winning story, “La Cadena,” while incarcerated. The short story is about a father who’s tired of dealing in high-risk affairs and begins to make new decisions about his future.

The 2017 Pembroke Taparelli Arts and Film Festival featured a short film that Gutierrez wrote the screenplay for. The film, “Promises, promises … ,” portrays the impact of criminal cycles on relationships.

Gutierrez’s opportunities expanded as he combined his studies with his ability to express himself. He shared his story in episode 26 of the “First Generation – One Of Many” podcast.

“So, I just started stacking up these wins on the positive side,” he said. 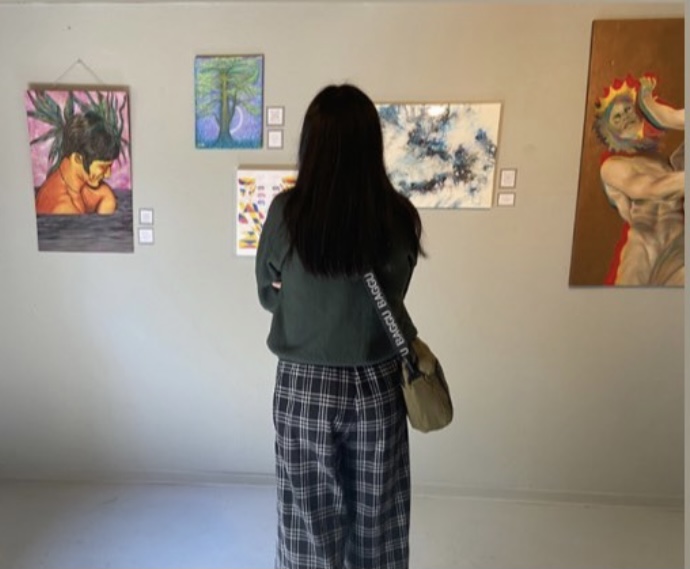 A guest observes the gallery’s exhibit for the 2021 Spring Art Fair. Photo by Natalie Katsikas.

No longer a co-owner of Greenhouse, Katsikas now forges her own path as an artist. She said art is really important for her health and wellbeing. Despite the powerful and motivating feeling of bringing the community together, Katsikas said she now finally feels like she’s on track with her own art.

Gutierrez remains enthusiastic about his growing network of artists from Chico and beyond.

“This is so cool: to be able to help the starving artist present their stuff on a wider scale to a wider audience,” he said.

For their seasonal art fairs, Greenhouse used Instagram to search for a range of local artists. Gutierrez said he tries to get as many eyes as possible on participating artists’ work for potential purchase. He loves watching local artists, who had previously only known each other online, finally meet and connect.

Although Gutierrez is a busy student, he hopes to start planning more Greenhouse-sponsored events in the near future.

He’s currently planning a nighttime exhibit in March 2022 for Zak Elstein, creator of the breathtakingly bizarre “shadow boxes” once displayed at Naked Lounge. He also plans for a February Prisoner Art Show in San Francisco.

Shae Pastrana can be reached at [email protected] or @Pineyfolk on Twitter.