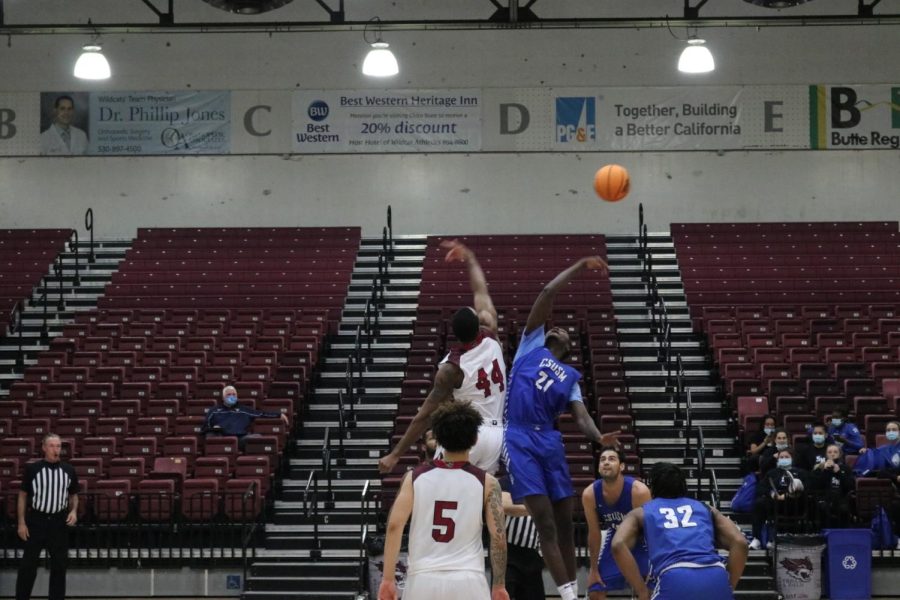 The game saw the Wildcats forfeit their home advantage because no fans were allowed inside Acker Gym due to new COVID restrictions.

Senior guard Kevin Warren said COVID has affected the team but hasn’t made them lose focus.

“We are a tight-knit group and are able to push through adversity,” Warren said. “We got back this week and were able to prepare well for this game.”

Before Thursday night, the Cougars and Wildcats were the only two California Collegiate Athletic Association teams without a conference loss.

The Cougars ultimately edged out the Wildcats in overtime. 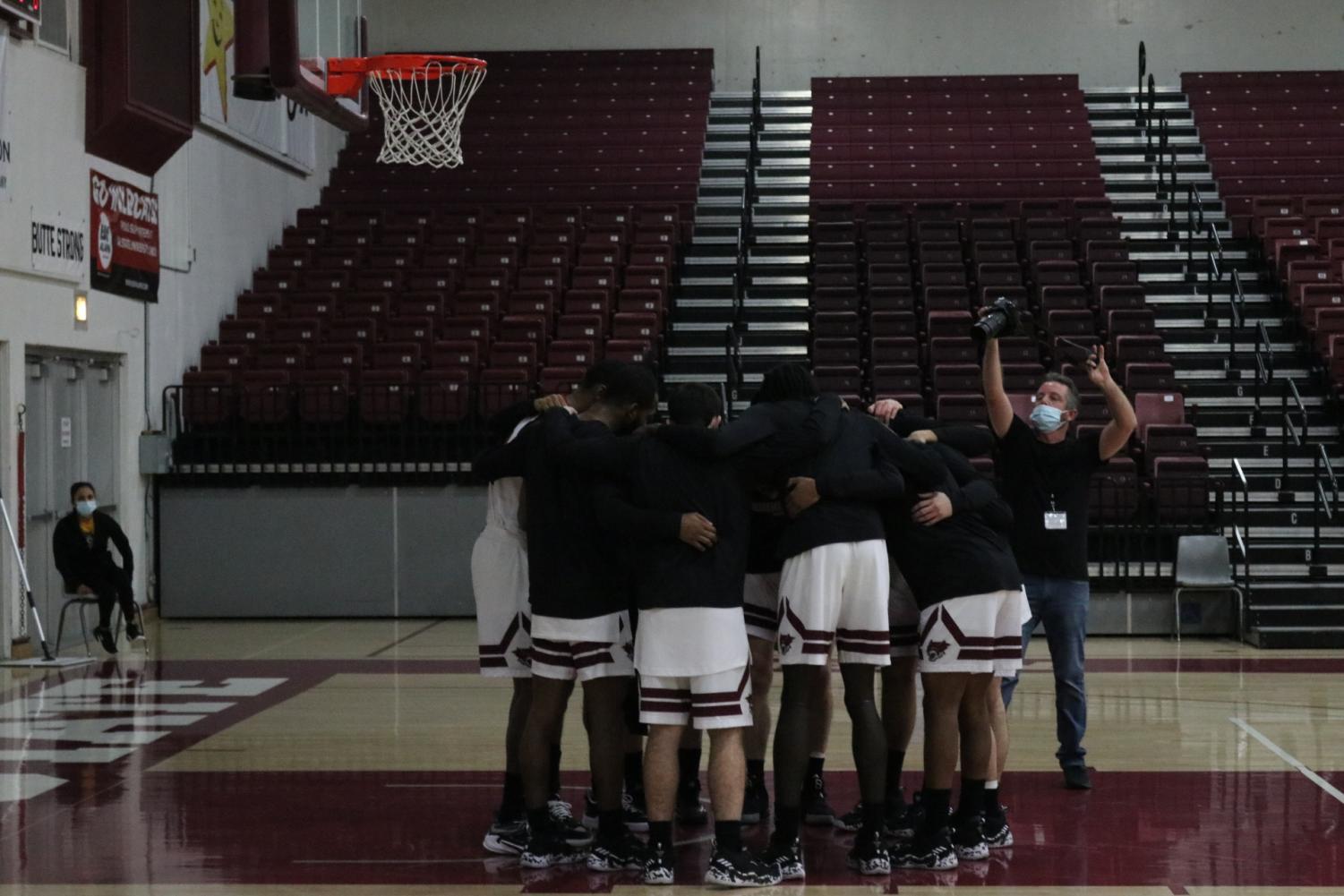 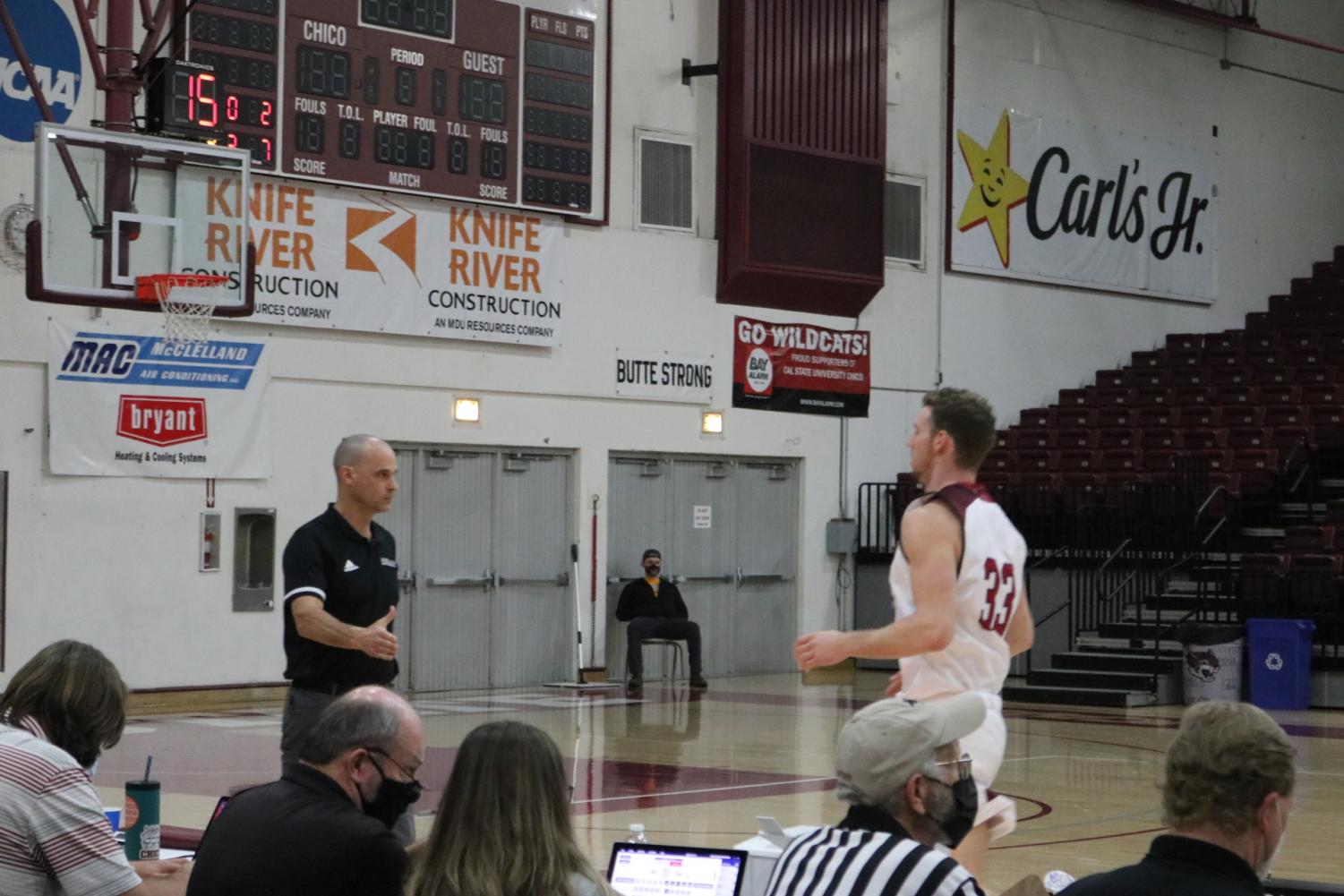 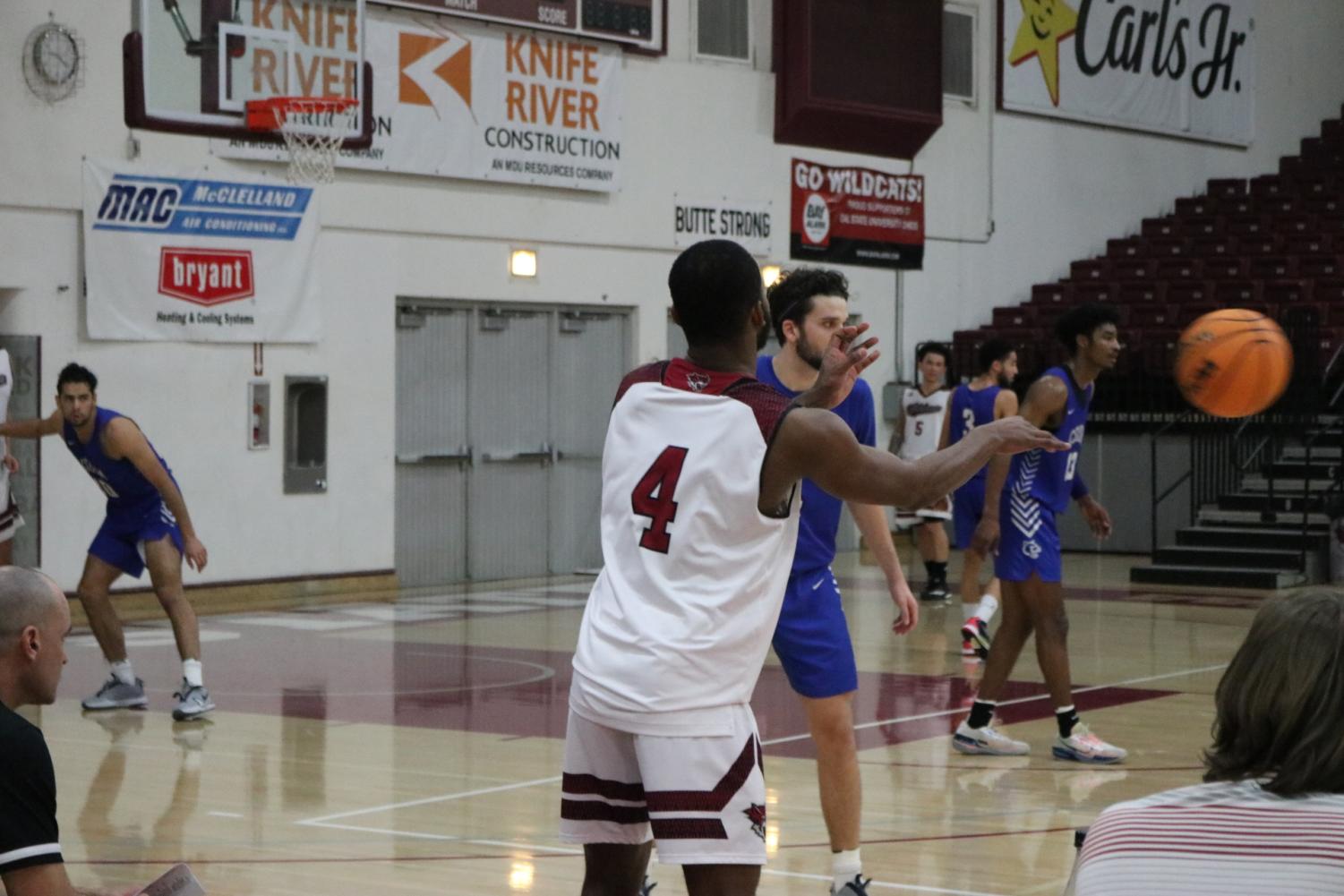 The game lived up to the hype. Heading into halftime the Cougars were up 39-36. Despite no fans, both benches showed plenty of energy.

Then, with 19 seconds remaining, the Wildcats got the stop they needed and regained possession. With about nine seconds left, junior guard Colby Orr hit the game-tying layup.

Orr would end up with 20 points, a career high, that he attributed to feeding off the energy from his teammates.

“I love to bring energy off the bench for my team,” Orr said. “I just tried to do whatever I can to help my team.”

Overtime didn’t disappoint as the teams went back and forth exchanging baskets. After a missed free throw from the Cougars, Wright Jr. grabbed the rebound and delivered an outlet pass to Orr.

Orr shimmied through the Cougar defense and threw up an acrobatic layup to attempt to tie the game, but it bounced off the rim three times and the Wildcats lost 85-87.

Orr had his number called for two clutch shots and one unfortunately bounced out by inches. He said it means a lot that his team has confidence in him during these types of situations.

“I wish I made the second one,” Orr said. “It means a lot to me that this team and coaching staff have the confidence in me to be able to take important shots.”

The Wildcats moved to 10-1 on the season, but Warren said one loss won’t define them.

“We have to learn from this loss,” Warren said. “As long as we keep growing we will be right where we want to be at the end of the season.”

Senior forward Malik Duffy said he’s going to make sure to text the guys and let them know that they played their hearts out tonight despite the loss.

“We have to make sure that tomorrow at practice that we keep our heads high,” Duffy said. “I’ll reassure them we are still one of the top teams in the CCAA and in the nation.”

They will return home to Acker Gym on Feb. 3 to host the Cal Poly Pomona Mustangs.

“We have to stay positive and hope for the best during this COVID outbreak,” Duffy said. “We have to play every game like it’s our last.” Javier Hernandez can be reached at [email protected] and @jhm1226 on Twitter.