The fight for voting rights and busting the filibuster 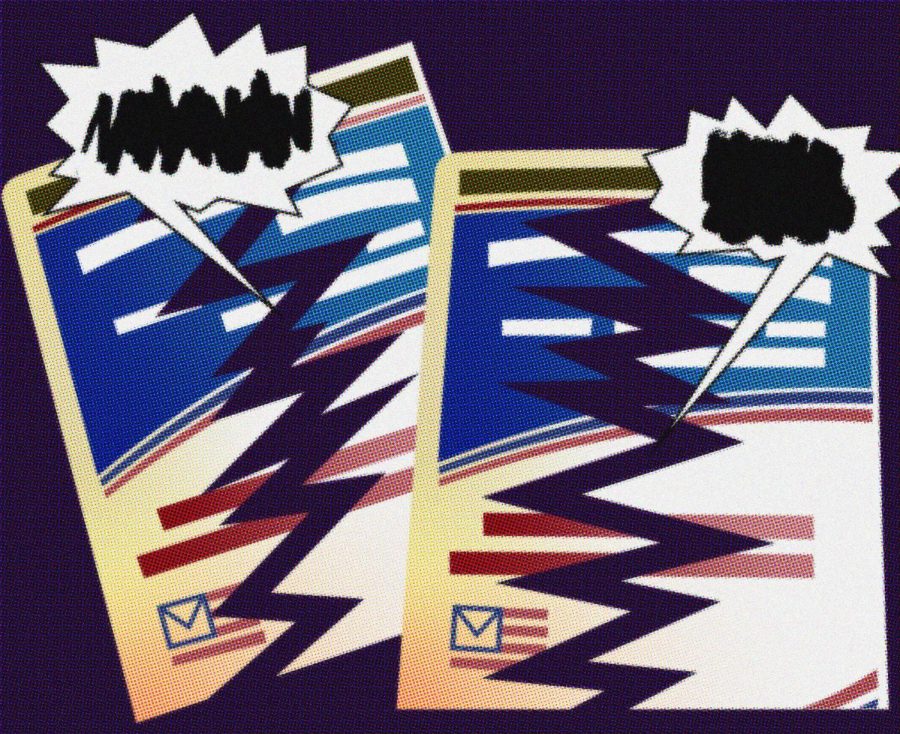 We are now just over a quarter of the way through President Joseph Biden’s four-year term.

At this time last year I was a little nervous for what the future had in store, but I still managed to remain largely hopeful.

I was nervous due to the fact that we had just seen over 2,000 extremists storm the Capitol with the desire to disassemble our democratic process, but hopeful as well, because after the attempted coup, Americans across the country heard Biden speak about unity and how he would serve as a president for all Americans. This speech emphasized compromise and coalition, something I so longed to hear under former President Donald Trump.

I no longer possess the hope I did early last year, and while I am far from hopeless, the disappointment caused by the Biden Administration’s inability to usher in any sort of meaningful change, and the GOP’s unwillingness to compromise, has been soul-crushing.

From climate regulations that we failed to establish at COP26 to COVID cases that continue to increase across the country, Biden’s administration has churned out let-down after let-down, not to mention the fact that arguably, we are just as divided as ever.

It makes me ask myself: Are we really better under President Biden than we were under President Trump? Although it has been a tumultuous year to say the least, it is my personal opinion that yes, at the moment, we are. However, with three years left in Biden’s term, only time will tell.

One of Biden’s goals that had yet to falter was his desire to pass voting reforms. In 2021, voting reform had no trouble making its way through the House of Representatives. However, the Senate has been a different story.

These two bills, the Freedom to Vote Act and the John Lewis Voting Rights Advancement Act, would result in some of the most significant protections for voting rights in over half a century.

If passed, the Freedom to Vote Act would make Election Day a national holiday, increase what forms of ID are acceptable in states that require ID, force states to offer a two-week voting period prior to Election Day, and outlaw gerrymandering.

It seeks to reimpose a ruling that had Southern states seek permission from the Department of Justice to change their voting laws.

If passed, the John Lewis bill would reintroduce this process of states having to get permission from the Department of Justice if they wished to alter voting laws, and create a new method to determine which states would have to obtain permission in the first place.

The biggest hurdle the bills must overcome is the Senate filibuster, a tactic that has been used by senators from both parties for centuries to shoot down bills and delay legislation. In 2021, Biden repeatedly called for restricting the power of the filibuster. His stance hardened in January.

A video by NPR and explaining the filibuster and how it works, hosted by Ron Elving.

“I support changing Senate rules whichever way they need to be changed to prevent a minority of senators from blocking action on voting rights,” Biden said on Jan. 11.

It is crucial we obtain federal voting protection. In 2021 alone, 19 different states passed over 30 separate laws that restricted voting rights in one form or another. Without these federal protections, this trend is sure to continue.

Even though restricting the filibuster would make it significantly easier to pass legislation, there are other reasons for doing so. I believe the filibuster needs to be changed or amended because it has a long history of depriving minorities of civil and voting rights while perpetuating racism in this country.

The filibuster goes back to the 1800s, but in the 20th century, white supremacists and segregationists weaponized it. Between 1922 and 1938, Senators used the filibuster to prevent the passing of anti-lynching legislation.

The filibuster’s injustices didn’t stop there. In 1957, former Senator Strom Thurmond, D-S.C., set a record for the longest filibuster, clocking in at 24 hours. His goal? To prevent the passage of the Civil Rights Act of 1957. Despite Thurmond’s best efforts, the bill became law, but not until later that year.

A similar instance occurred in 1964, when Southern Democrats kept a filibuster going for more than 60 days in an attempt to block the Civil Rights Act of 1964.

Politicians like former President Barack Obama recognize the deeply ingrained relationship between the filibuster and racism in America. In 2020, after Lewis’ death Obama was adamant about changing the filibusters’ rules to pass voting legislation.

“If all this takes eliminating the filibuster, another Jim Crow relic, in order to secure the God-given rights of every American, then that’s what we should do,” Obama said.

“I think the tragedy is that we have a Congress with a Senate that has a minority of misguided senators who will use the filibuster to keep the majority of people from even voting.” #MLK #MLKDay @LeaderMcConnell @MittRomney @SenatorSinema @Sen_JoeManchin https://t.co/7HmcXSz73Z

A tweet from The King Center, a Memorial to Martin Luther King Jr. and nonprofit that focuses on nonviolent social change, created by Coretta Scott King, MLK’s wife.

Most Democrats in the Senate have voted in favor of making changes to filibuster. Most, but not all.

On Jan. 19, Democratic efforts to change the rules of the filibuster failed when the Senate voted 52-48 to reject the changes. Two sitting Democrats and supporters of the filibuster, Senators Krysten Sinema, D-Ariz., and Joe Manchin, D-W.Va., voted against party lines and effectively killed any chance of changing the rules surrounding the filibuster.

Both Manchin and Sinema have histories of defending the filibuster, with Manchin seeing it as a safeguard and a tool to foster bipartisanship.

Sinema also sees the filibuster as a way to force bipartisanship cooperation. She believes that future policies will be too easy to reverse without it.

“We will lose more than we gain,” Sinema claims.

It’s ironic that Sinema and Manchin so obstinately defend the filibuster. Especially, when just last December, Democrats passed legislation to raise the debt ceiling by $2.5 trillion. The reason this legislation passed so easily was because of a one-time exception included in the bill, one that didn’t require the 60 votes necessary to file a motion for cloture, the current method for ending a filibuster.

A quick look at the voting summary from that Dec. 14, 2021, voting session shows both Manchin and Sinema voted in support of raising the debt ceiling, filibuster exception and all.

To me, this shows that Manchin and Sinema don’t view the filibuster as sacred as they have implied.

Securing voting rights legislation will guarantee the right to vote for every American. Additional protections may also limit the likelihood of another insurrection like Jan. 6, 2021.

Because of Senators like Manchin and Sinema, the path to adequate voting rights has not only been made more difficult to achieve, but is actually insulted as they defend the filibuster in the same breath; a tool that has been used to defend racist action and attitude in our legislative branch throughout American history.

I grow exhausted of hearing how our Congress is too inept and moves too slowly to get anything accomplished. This slow moving nature is only worsened by filibusters and the difficulties associated with ending a filibuster by filing for cloture.

Eliminating, or at the very least, modifying the rules regarding the filibuster would allow meaningful legislation to come into effect, and would help reduce the amount of deadlock that the Upper House is known for.

After all, even over a hundred years ago, people were calling the filibuster and it’s lack of efficacy into question.

“The Senate of the United States is the only legislative body in the world which can not act when its majority is ready for action,” former President Woodrow Wilson said in response to a 1917 filibuster. “A little group of willful men, representing no opinion but their own, have rendered the great government of the United States helpless and contemptible.”

Noah Herbst can be reached at [email protected] or @NoahHerbst13 on Twitter.