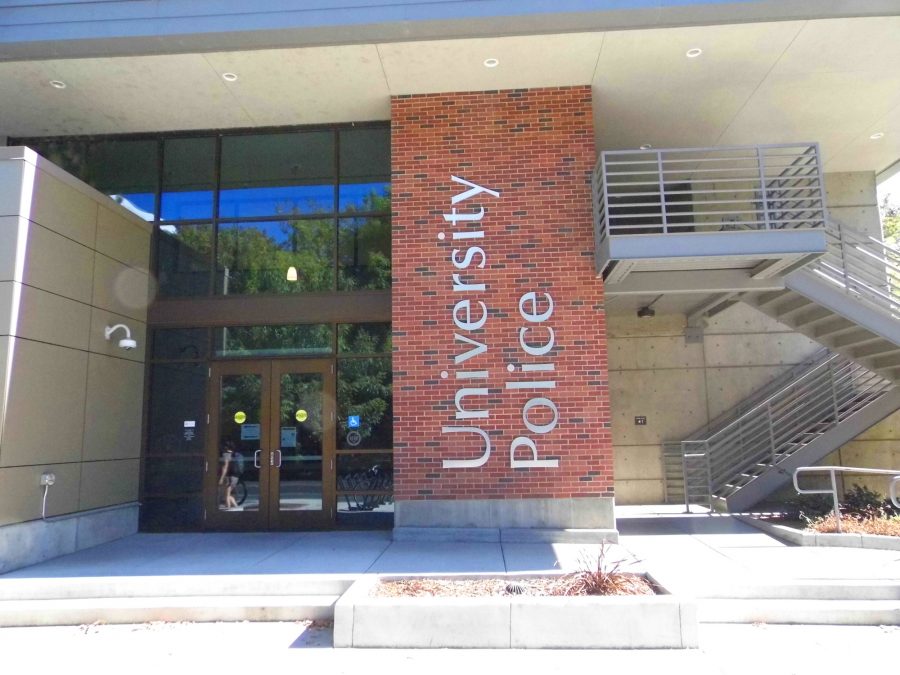 University Police reported yet another act of racist vandalism on Monday night. This marks the third time in less than three months that graffiti-related “hate crimes” have been reported by University Police.

Chico State President Gayle Hutchinson has not commented on the 2022 incidents. However, in December 2021, after a similar incident to the exterior of the WREC building, she released this statement:

“We are deeply troubled this hateful and bigoted vandalism occurred in a place where we should all feel safe and welcome. This discovery is infuriating for all of us who believe in human dignity, the importance of kindness and decency, and the principles of justice and equality. We want to be perfectly clear: racist language, speech, or acts have absolutely no place on our campus.”

The most recent incident allegedly took place in the northernmost gravel parking lot on Brice Avenue between Feb. 12-13.

A previous incident allegedly took place on Feb. 11, between noon and 5:30 p.m., at parking structure No. 2 on Second and Chestnut streets, next to the University Police Department building.

These hate crimes are not isolated incidents, as similar attacks have also occurred on campus.

In addition to the December 2021 incident, Butte Hall was vandalized in April 2019 with graffiti that ChicoSol described as “racist, homophobic and sexist.”UPD has not yet provided a comment to The Orion, and no description has been released of the suspect or suspects.

UPD has asked that anyone who has seen a person or people spraying graffiti on cars or with information regarding the incident report it to them at (530) 898-5555.

Update: University President Gayle Hutchinson has since put out a statement in regards to the two incidents that took place between Feb. 11 and Feb. 13: “Late Friday afternoon, racist and disturbing graffiti was found in the Chestnut Street parking structure on the vehicle of one of our colleagues of color. Yesterday, racist graffiti was found on a student’s car in a parking lot off of Warner Street. I am outraged that members of our BIPOC community have been targeted and continue to have their safety threatened by these acts. Let me be clear, these cowardly and abhorrent acts are hate crimes. I want our BIPOC community to know that hate will not be tolerated and we must all work together to stop it.”

Christopher Hill and Noah Herbst can be reached at [email protected]