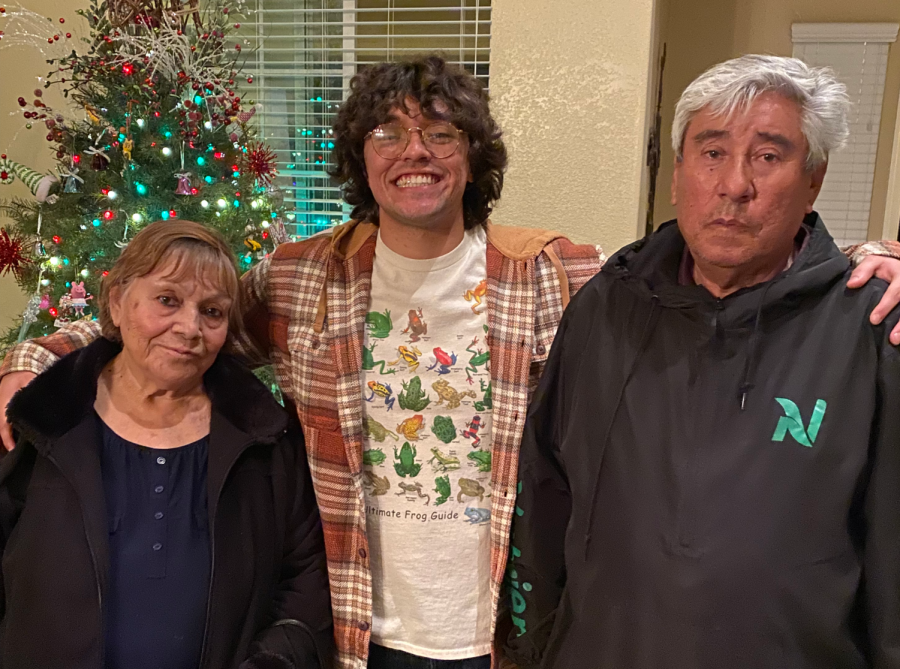 Last semester my dad passed away after surgery, and since his death, I feel like I have lost yet another crucial connection to my culture. He played a significant role in teaching me about my Mexican heritage.

He used to make the best carne asada, and introduced me to tripas, a delicious Mexican dish made from the intestines of cows and pigs. He opened my ears to legendary music from Mexico. I still have my aunts and uncles to learn from, but I feel like now more than ever I have to actively seek out my culture to understand it, or I will become removed from my ancestral customs.

My dad grew up in the ’70s and ’80s as an immigrant kid who wanted nothing more than to fit in. He understood that English was the first step for any immigrant that wished to fit in. His teachers often told him in school not to speak Spanish. He would often forget due to Spanish being his first language, and would get in trouble. For that reason, he made sure I learned English. He also believed if my first language was Spanish I would have a hard time learning in school like he did, so English is all I learned.

To this day, I have never had a proper conversation with my father’s parents. I feel like I don’t know who they are, but at the same time, I know the love is there. My dad’s father Ubaldo was born in Durango, Mexico. I’ve always called him Tata. Simona Ortiz is my dad’s mother and she was born in Guadalajara, Mexico. To me she has always been Nana. They both immigrated to Calipatria, California, from Mexicali, Mexico where my dad was born, when he was 3 years old. They were both field workers, and my grandpa still works in the field to this day.

They helped take care of me but they never learned English and I never learned Spanish. The language barrier creates a little bit of distance between us, and a feeling of them not truly knowing who I am.

I don’t judge my dad for this decision. Growing up as a kid, I saw a lot of my peers whose first language was Spanish have a hard time with school work. Especially if their parents didn’t know any English, then they had no one to help them at home with their work.

Honestly, I could have taken my Spanish class in high school more seriously, but at the time I didn’t really understand the positive impact Spanish could have on life outside of just my family. Learning Spanish can help with employment, and open the door to more diverse job opportunities. According to a study in the journal “Proceedings of the National Academy of Sciences” by Italy’s Vita-Salute San Raffaele University in Milan, being bilingual can even help protect the brain against Alzheimer’s disease.

All things considered, my dad’s decision is part of a larger problem. Plenty of Spanish speakers have been harassed in some way by non-Spanish speakers. Comments like “You’re in America, speak English!” are words Latinos hear repeatedly. My aunts and uncles have told me stories of them seeing people being rude to my grandparents for not knowing English as children.

Sadly, if anything racist or derogatory was said toward them in English, they wouldn’t know because they don’t understand English.

Even though in 2021 the U.S. became the second-largest Spanish-speaking population globally, with around 62 million Hispanics — most Hispanics still struggle with being accepted — although the U.S. has often been the only home they’ve ever known.

My situation is different. Other Hispanics make fun of me when they realize I don’t speak Spanish: “You’re not Mexican” or “You’re a coconut.” The coconut insult refers to me being “brown” on the outside but “white” on the inside. The first time I was called coconut was in junior high, when some of my friends realized I didn’t know Spanish, but my dad did.

I don’t know if I’ll ever be “Mexican” enough or “white” enough, for that matter — But that’s ok. I hope to keep growing my cultural identity. I plan to actually learn Spanish this year. I won’t be fluent by the end of the year, but I hope to be able to have a decent conversation with my Nana and Tata.

I also hope you, dear reader, can also invest some of your time into connecting and learning about your culture, and being more accepting of differences. Being respectful and accepting of others can make the world around you a better place.