Black players dominate the NFL; but it’s not the same for Black head coaches 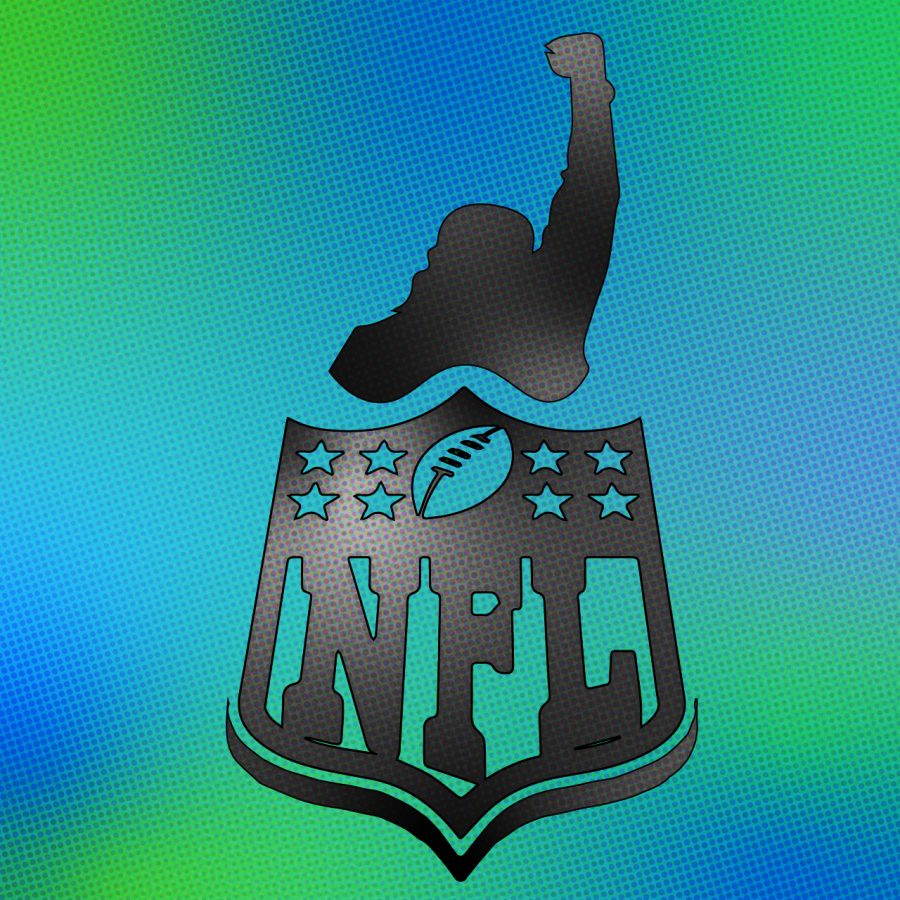 Graphic made by Jolie Asuncion

Only 6% of the head coaches in the National Football League are Black, while 70% of the players are Black — I’m not a mathematician but these numbers don’t add up.

There are 32 teams in the league and only two have a fully-Black head coach as their leader. The Houston Texans have longtime NFL coach Lovie Smith at their helm, while the Pittsburgh Steelers have arguably the best coach in the league at their command, Mike Tomlin.

The NFL has been around for 102 years, and along with its illustrious history, there’s some heavy baggage attached to the league. It comes in the form of deeply ingrained racism. In 1920 Fritz Pollard became the first ever African American to play in the NFL.

The four players responsible for the breakthrough of this color barrier were Kenny Washington, Woody Strode, Bill Willis and Marion Motley. This was just the beginning of the ongoing racism found throughout the league today.

Ex-NFL player and activist, Colin Kaepernick, was not welcome in the league because of his stance on police brutality against his people. His stance included protest to the national anthem by kneeling, instead of standing. Kaepernick was denied employment because he chose to voice anti-racist ways.

That is hilarious to me. The NFL played it off as if Kaepernick had ceased to exist. They acted like there was nothing wrong. This sort of behavior is shown more often than not. They tend to look the other way when there is racism occurring within their league.

The funniest part of the situation is that the NFL had to pay a settlement to Kaepernick. This basically said “Sorry we were wrong, here is some money.” The league has to realize this isn’t a financial issue that can be fixed by paying off players. It’s about equality and equity being present throughout the NFL.

Let’s talk about the infamous Rooney Rule, which made its way into some headlines in 2022. According to NFL Communications, the Rooney Rule requires a team searching for a coach to interview “diverse” candidates.

This sounds like a step in the right direction, right? Well the idea may seem significant in theory, but the execution of it is poor.

I see it as a pity rule for people of color who are trying to make their way up the food chain in the association. Many of these diverse candidates only get an interview so the team can fulfill the rule’s requirement.

The owners have the final say and almost always choose the “innovative” Caucasian candidate to lead their team.

Ex-Miami Dolphins head coach Brian Flores recently got fired, despite going 24-25 with a depleted roster. It prompted Flores to file a lawsuit against the NFL because of their hiring process.

Here’s a quote that exemplifies what Flores felt when he spoke to the NFL Network:

I can not talk about the NFL and racism in the same sentence without bringing up the Las Vegas Raiders.

Al Davis is a legend for obvious football reasons, but his push for diversity during his time as owner and general manager of the Raiders is what made him special.

His first call for action was back in 1963, when the Raiders were set for an exhibition game in Mobile, Alabama, but Davis’ black players weren’t allowed in the locker room due to the state’s segregation laws. This infuriated Davis and he demanded the game be played in Oakland. Davis pulled his team from the exhibition and forced a move to Oakland.

Just two years later, in 1965, Davis forced the AFL All-Star game to be moved from New Orleans to Houston, again because of the racial discrimination his players faced. He implemented a rule where his football club would not play in cities where his Black players were forced to be segregated from the rest of the players the same year.

In 1968 Eldridge Dickey became the first ever Black quarterback drafted, and it’s no surprise that it was Davis who drafted him.

In 1989 Davis hired Art Shell as his head coach. He became the first ever African-American head coach in the history of the NFL.

Do you see the trend? Davis made sure the Raiders were diverse and pushed for racial equity..

This doesn’t make the franchise a saint. His son Mark Davis has his own blunders, such as when he made an insensitive George Floyd tweet and the hiring of Jon Gruden as his racist, homophobic and misogynistic head coach.

Every franchise has its definite flaws when it comes to racism and could surely be doing more. It just doesn’t make sense to me. How can a league whose product depends on the contributions of African Americans, not treat them equally to their white counterparts?

The league leeches off of Black people for their source of revenue, but won’t give them the same chances it gives to white people.

The NFL has repeatedly shown it is stubborn and won’t change, because all these white owners just want their buddies as head coaches. This should’ve been done a long time ago. It’s a matter of looking past skin color and hiring the right people for the job. Being racist to the people who carry your brand — gets you nowhere.

I hope players and coaches continue to talk about these issues going forward and continue to let us know how the league isn’t doing their part in the racial equality hunt.Javier Hernandez can be reached at [email protected] or @jhm1226 on Twitter.