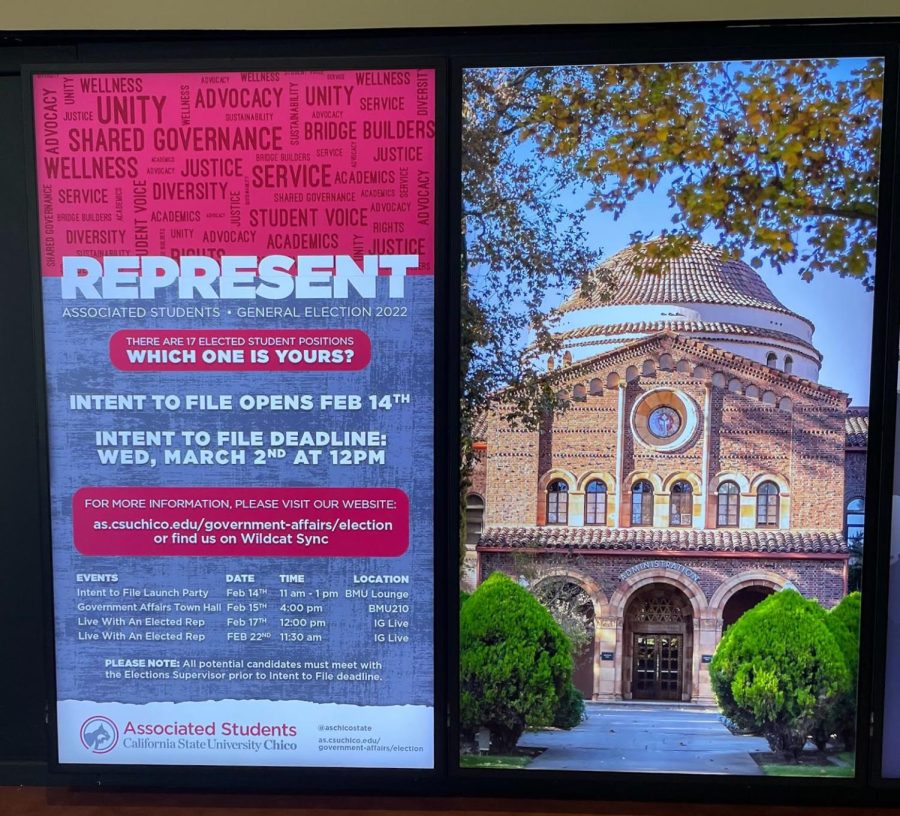 The council noted that only 12% of students participated in the 2021 student electoral process.

“Last year, I think it was mostly due to being on Zoom … but I want to say we got about 12% of the student population to vote in the elections and typically it’s more like 20 to 25%,” Davis said.

Despite last year’s low number of student participation, efforts like these are keeping committee members optimistic they will be able to bring voter turnout numbers in AS elections back up to what they were, or even increase them over the average.

“I believe that it is incredibly important to have as many students as possible vote in the AS elections,” Davis said, “so that our positions are filled by those who most accurately represent what our student body wants to see in our AS Government.”

For students interested in running for an AS government position, the final date to submit an intent to run file form is March 2.

The council discussed several ideas, such as hosting Q&A sessions with outgoing officers, sharing posts on social media, tabling and hosting an “Elections Jamboree” on April 6 from noon to 3 p.m. in Trinity Commons.

According to Davis, the jamboree is a place where, “students can learn more about what the Associated Students is, as well as cast their ballot.”

In addition, the Jamboree is expected to consist of “carnival-like activities, inflatables, a food fair, live music and fun prizes,” according to the Associated Students’ website. It would also consist of “Election Games” for student organizations to increase their portion of revenue sharing.

“Recognized student organizations compete in a series of games and get out the vote competition to DOUBLE their Revenue Sharing allocation,” says the website. 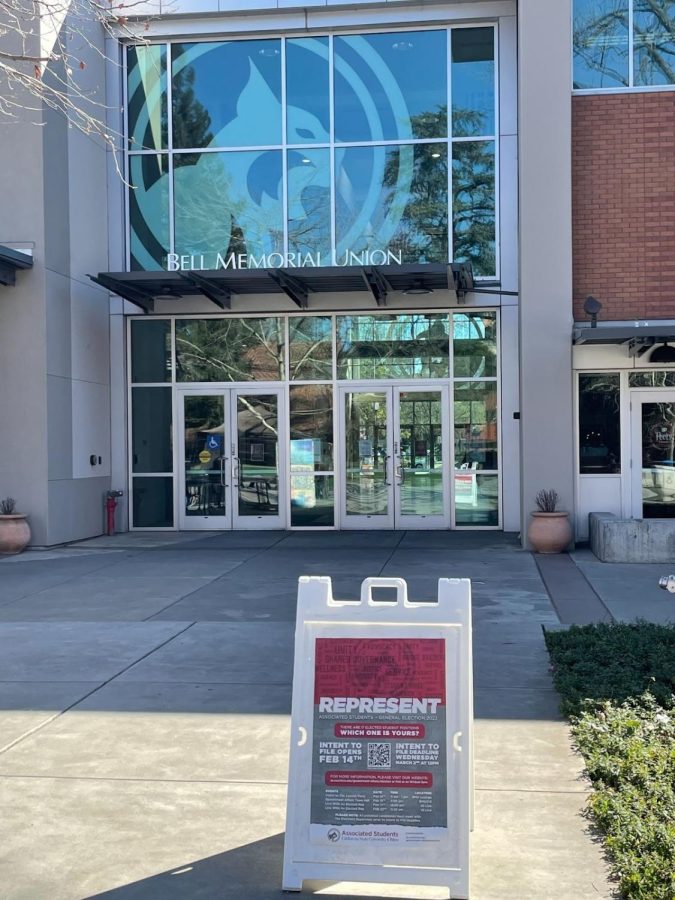 A sign with details on the upcoming Associated Students’ elections placed out front of the Bell Memorial Union at Chico State. Photo by Connor McPherson, taken Feb. 18.

In addition to the council’s plans, Chico Civic Engagement will host two documentary watch parties, “John Lewis: Good Trouble,” will screen on March 23 in the Student Service Center, Room 150, and “Willie Velasquez: Your Vote is Your Voice,” will screen on April 13 on the Trinity lawn. Both watch parties are from 7 p.m. to 9 p.m.

The Legislative Affairs five-person council highlighted how Chico State was the winner of the Ballot-Bowl competition. The university won with 166 voters, and as a reward, California Secretary of State, Shirley N. Weber, paid a visit to campus on Feb. 17 to deliver the Ballot Bowl award.

The Council also addressed the Cal State Student Association and their ongoing request for students to submit videos for their Cal Grant Reform Act campaign. Here, students can make videos that detail their experience with Cal Grants and how these grants may have benefited them. The campaign’s goal is to show legislators the impact these grants have on students’ lives and to make the process of receiving grants easier.

“What the campus was asked to do is make little videos about how Cal Grants have helped us, or if some of us weren’t able to receive it, kind of how that impacted us as students,” Davis said. “We are trying to get videos from all 23 campuses to show to legislatures to let them know why the Cal Grant is so important, how it impacts students and why we need more money for it.”

The CSSA is led and funded by CSU students, and has been advocating for students since 1959. According to its website, the CSSA gains its money from two dollar fees assessed twice per year to all students in the CSU system in what’s called a Student Involvement & Representation Fee, although it’s possible for students to opt out.

Lastly, the student association asked each campus to prepare five to 10 videos, and three of the five legislative affairs council members plan to do one each. Students interested in making a video should keep it between 30 seconds to one minute. Davis asks that any videos be emailed to her at [email protected] before March 13.

Noah Herbst and Connor McPherson can be reached at [email protected]