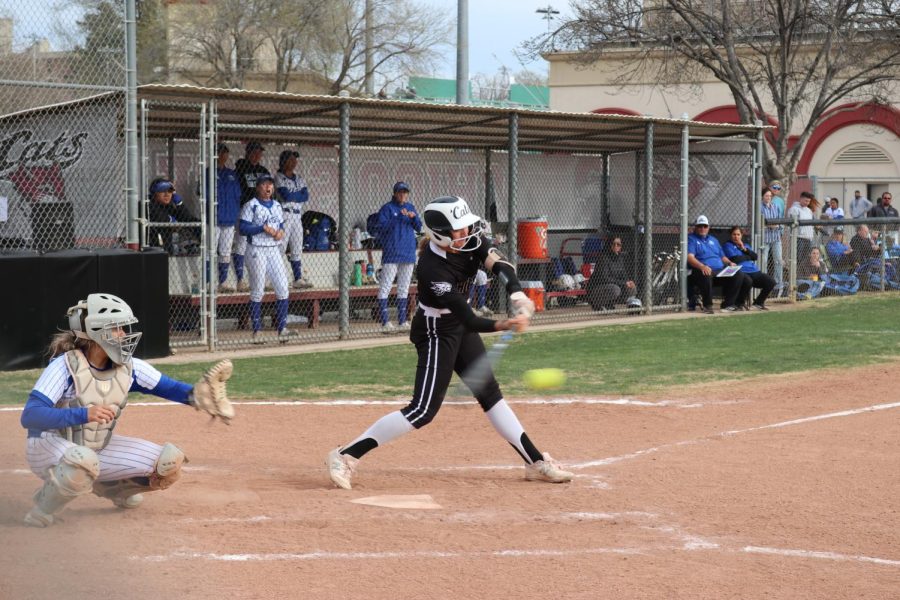 Chico State Softball earned their second sweep of the season at Cal Poly Humboldt. The Lumberjacks were forced to switch out 10 pitchers in an attempt to stop Chico State, but it didn’t pay off.

Senior catcher Sara Mitrano believes that when it comes to seeing multiple pitchers in a game it is important to communicate every time.

“We did a good job adjusting to all of their pitchers so by the time they put in the next girl, we were communicating right away with each other on adjustments to make,” Mitrano said.

From the start of the series pitching was key for the Wildcats. Senior pitcher Brooke Larsen threw a complete game shut-out with 11 strikeouts and one hit.

At first it was a pitcher’s duel, at least until the fourth inning rolled around. Senior utility player Nina Revoir started the three-run rally, hitting a single to the left side of the infield with one out.

Larsen had a productive at-bat by putting the ball in play and moving Revoir to second base. Senior outfielder and pitcher, Amanda Metzger, hit a double directly down the infield line to bring in Revoir, making it 1-0.

The offensive production continued for Chico State as Mitrano hit a two-run homerun over the left field fence.

In the final inning of the game, the Wildcats brought in another run with a base hit from junior infielder Alani Nguyen. Chico State opened the series with a dominant 4-0 win.

This wasn’t enough to satisfy the Wildcats, and Mitrano said they were looking to further improve during the rest of the series.

“The first game we got off to a slow start, but Amanda hit the first run in and then I homered to bring her in,” Mitrano said. “At that point our energy was unbeatable.”

After bringing their energy from the first game into game two, the Wildcats secured an early lead and never gave it up. They applied constant pressure to the Lumberjack defense and  managed to get three hits, two runs and caused Cal Poly Humboldt to have a throwing error in the first inning.

As Chico State continued to add run support for freshman pitcher Katelyn Oldwin, their biggest inning came in the seventh, when they led 4-0. 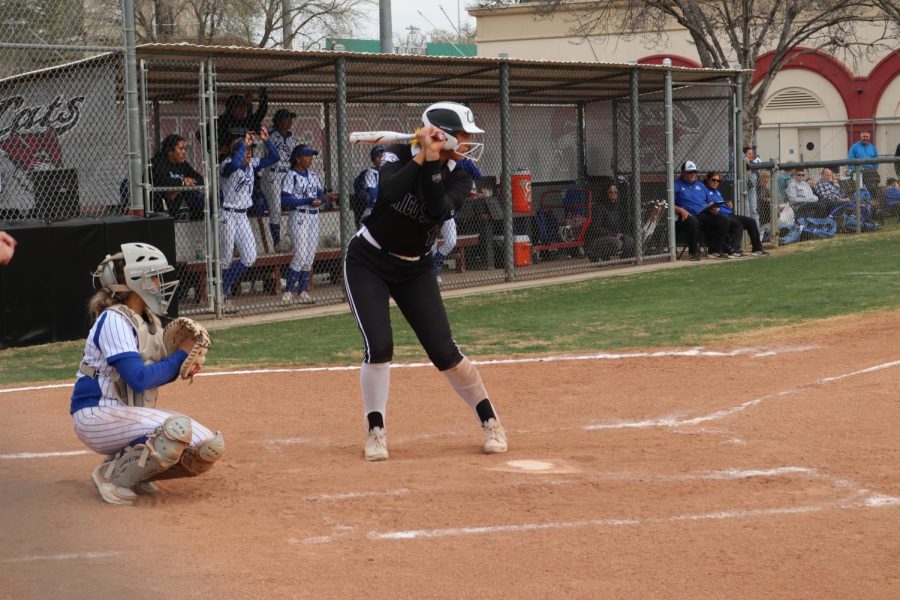 The mistakes made by Cal Poly Humboldt left their team in shambles; they committed two throwing errors and threw a wild pitch which the Wildcats promptly took advantage of.

The Lumberjack offense quickly became overwhelmed once Oldwin started pounding the strike zone. She earned her first complete game shutout of her college career with four strikeouts, coming out on top 7-0.

Oldwin said she has been working on her pitching and was happy to see the results go in the right direction.

“Earning my first complete game shutout was really exciting,” Oldwin said, “because it showed me that what I have been working on at practice throughout this season has really been paying off.”

During day two of their series Chico State put up 26 runs over the course of the doubleheader. In game three the Wildcats went full throttle and it seemed that they could do no wrong.

For the first time this season, the Wildcats hit back-to-back homeruns. It was a feat accomplished by Nguyen and Revoir in the fourth inning. This made Chico State ecstatic, Peleti said.

Without a single run on the board the Lumberjacks took measures into their own hands. In the fifth inning, Chico State almost blew a 7-0 lead when Cal Poly Humboldt went on a five-run rally to give themselves a chance at a comeback.

After that, the game grew increasingly unpredictable as both teams kept responding to each other’s plays, scoring back and forth in the sixth inning.

Fortunately, the Lumberjacks weren’t able to keep up with the streaky offense Chico State had and the Wildcats emerged with a 9-7 victory.

Chico State annihilated Cal Poly Humboldt in their final meeting of the series, beating them 17-5 in five innings. The game was called due to the eight-run rule, marking the fifth time the Wildcats have used it over the past  22 games. They had 18 hits, two doubles, one homerun and only struck out five times across 28 plate appearances.

With two straight sweeps, the Wildcats now hold the longest win streak (8) in the conference. Peleti said getting closer as a team has helped them achieve this.

“Our team has gotten really close and we are starting to get together as one unit which is why I believe we had a good start to our season,” Peleti said. “We really put in the time to be closer and to understand one another in order to be successful.”

Next week, Chico State Softball will take their confidence to San Francisco State University for a four-game series spanning March 11 and 12. On both days the games will start at noon and 2 p.m.