Rigoberto Sanchez: the epitome of a hometown hero 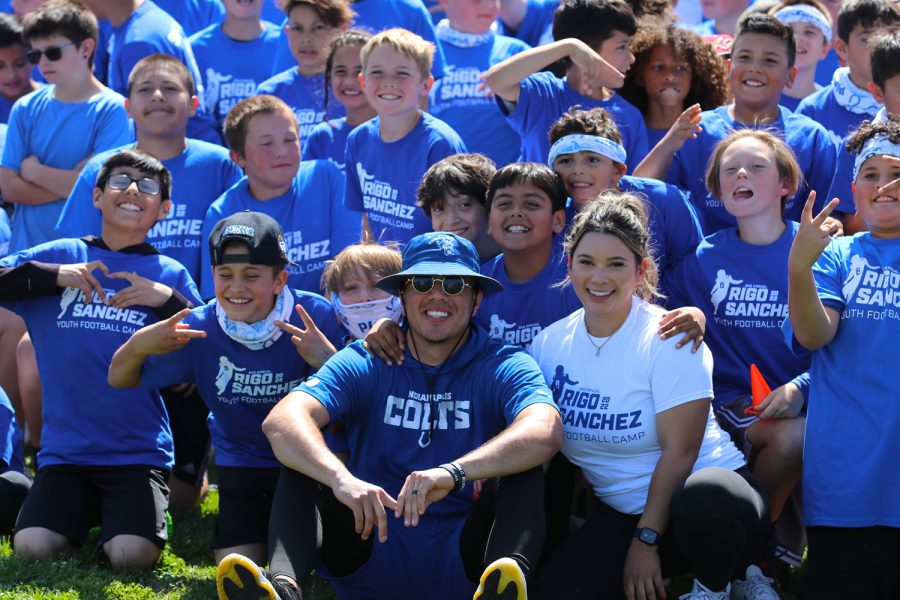 Rigo and his wife Cynthia with some of the kids from the camp. Photo Taken on April 2.

It all started with a dream in soccer for Rigoberto Sanchez, but little did he know that he would become the starting punter for the Indianapolis Colts. There are only 32 starting punters in the NFL and he is one of them.

Indianapolis is his new home, but Hamilton City will forever have a special place in his heart.

“I have built long life relationships with people from Hamilton,” Sanchez said. “It is a great community, I will always love Hamilton.”

Hamilton City is exactly where the dream started for Sanchez. He was a standout soccer player and had never touched a football in life, until his friends told him to try out for their high school team.

Sanchez said soccer was his first love, but he took a chance with football.

“The first time I kicked a football, people were telling me I had potential,” Sanchez said. “That was the hardest decision of my life, but it paid off.”

Sanchez was a natural at kicking, which then led to him to meet longtime mentor and kicking coach Abel Hernandez.

Hernandez, runs his own training program, named Through the Uprights. He said he’s been working with Sanchez for years and what makes him stand out aside from his kicking ability, is his work ethic.

“I saw him kick for the first time and knew he had something special brewing,” Hernandez said. “The other thing is he’s always working and learning, that has took him to the promise land.” 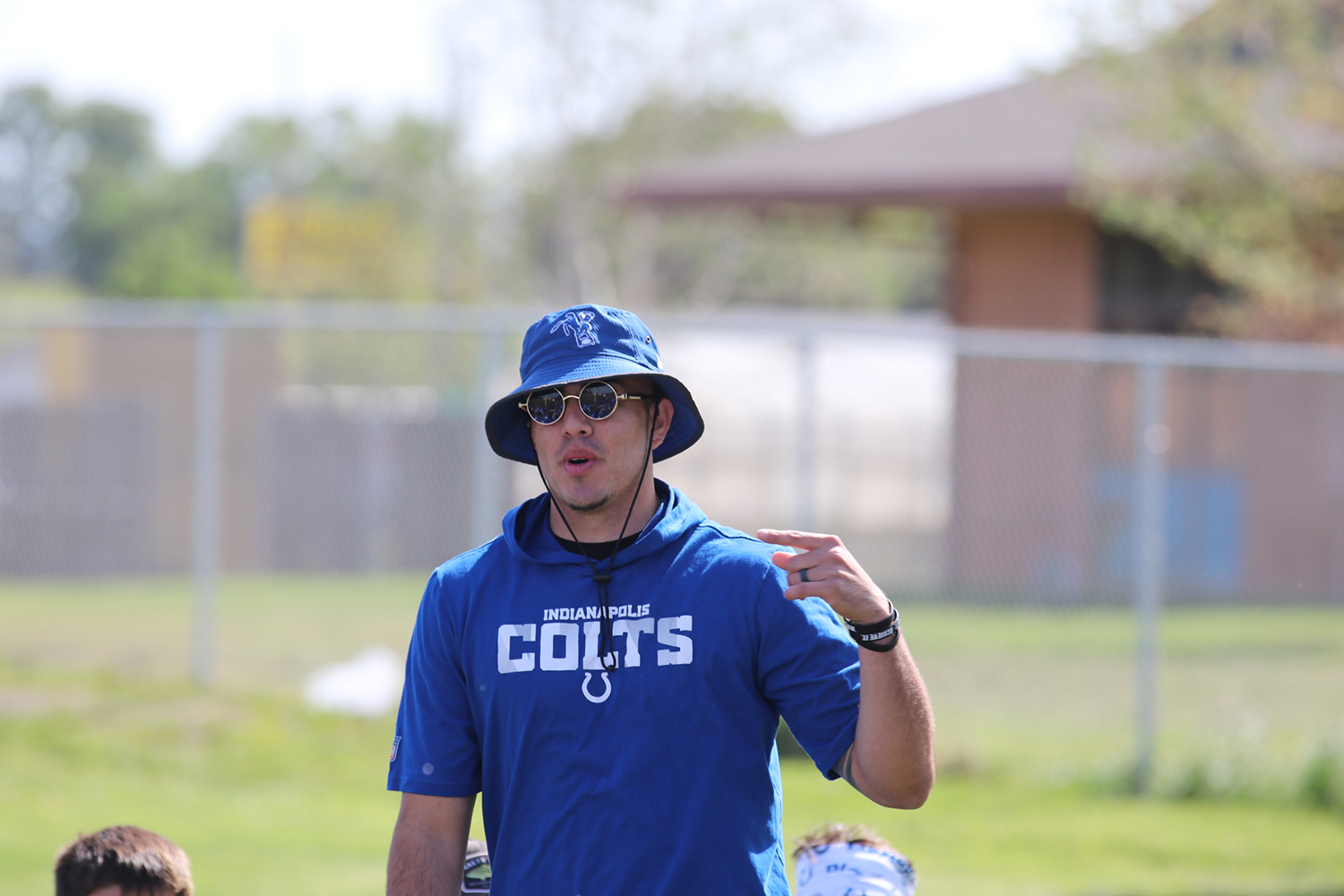 Rigo speaking to the kids prior to the start of his camp. Photo Taken on April 2. 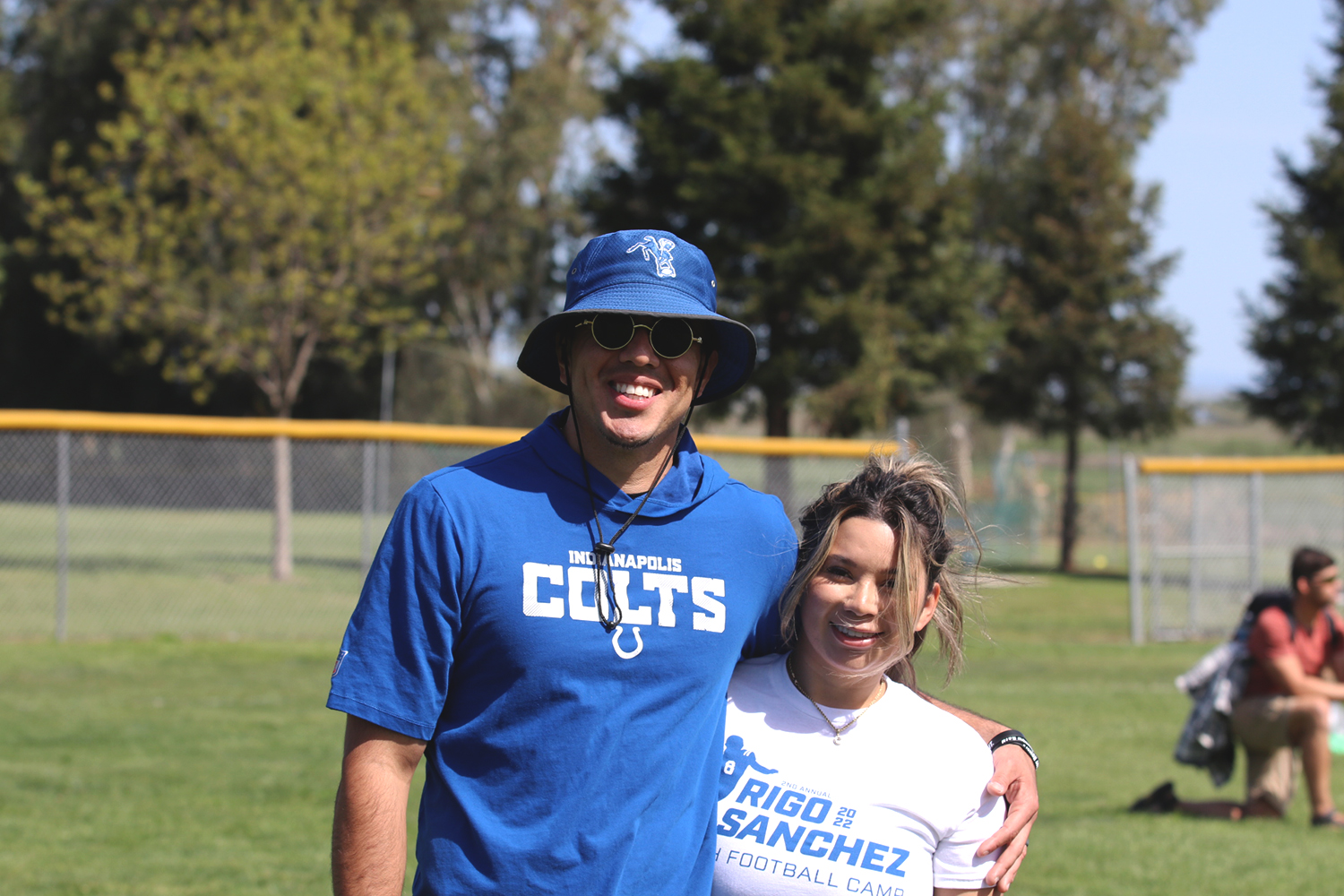 Rigo and Cynthia Sanchez during the camp. Photo Taken on April 2. 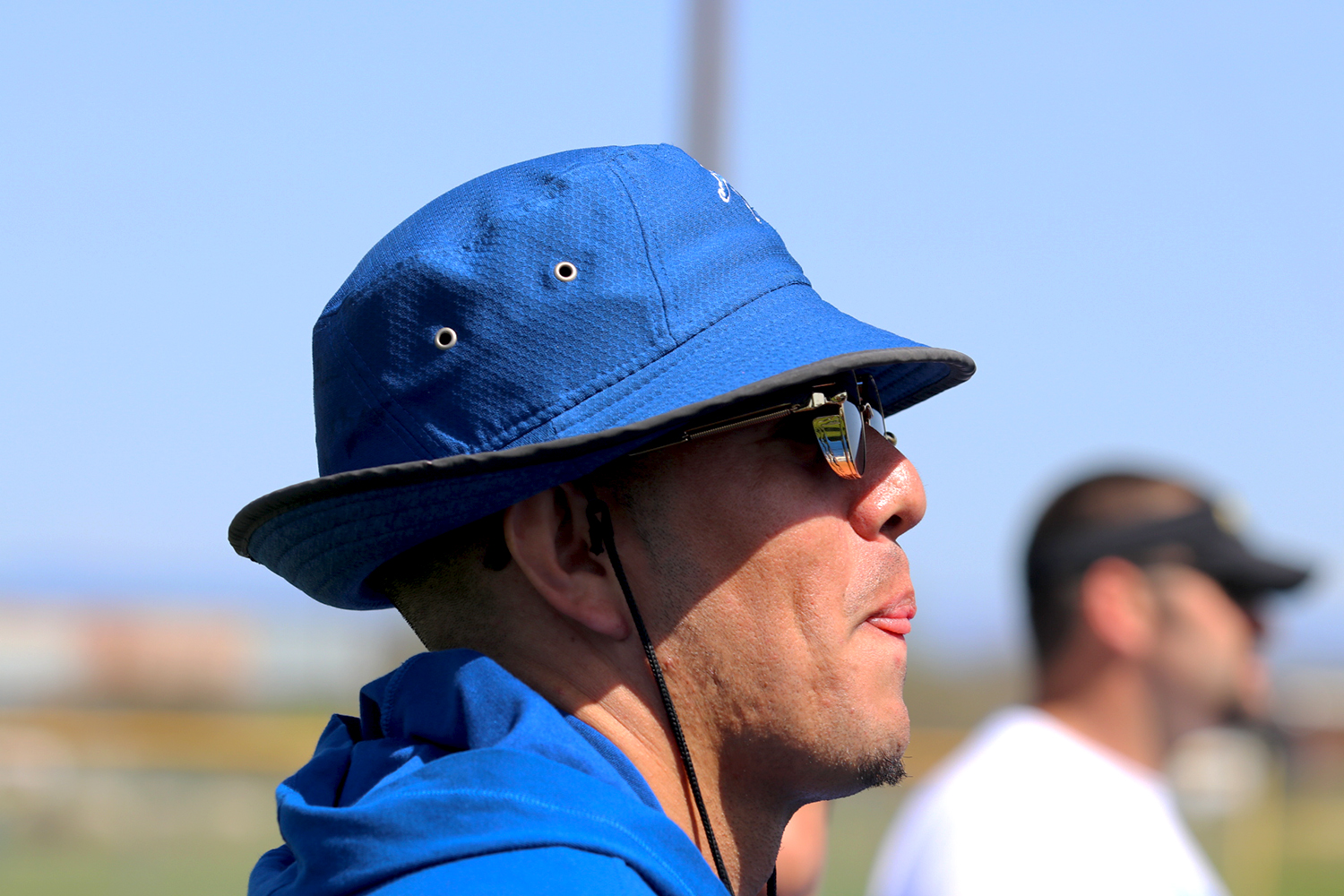 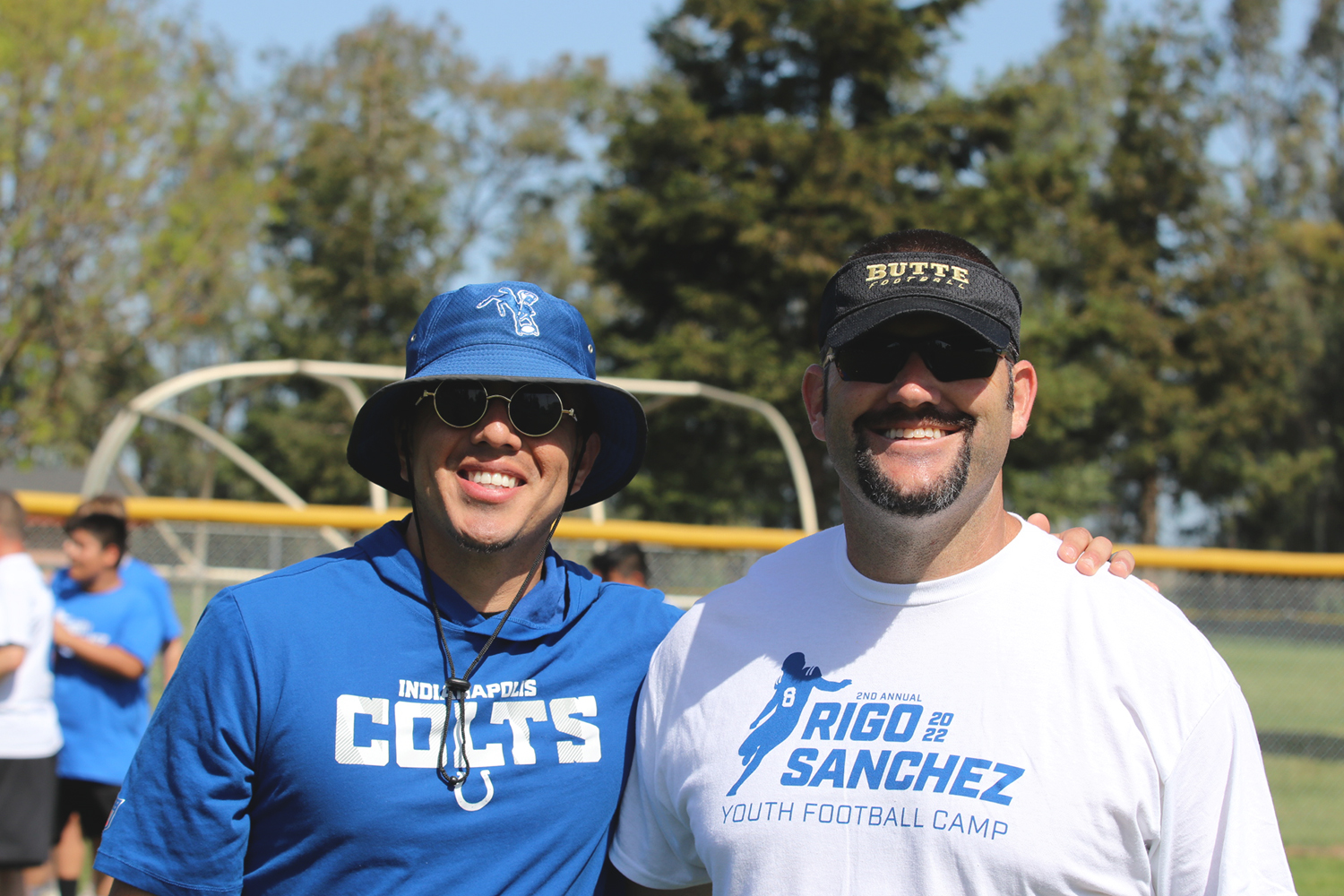 Sanchez played for Butte Community College straight out of high school. After his time at Butte, he earned a scholarship to play at the University of Hawaii. During his time in Hawaii, he became the starting punter, kicker and kickoff specialist.

He declared for the 2017 NFL Draft, but like many other kickers and punters he went undrafted. Sanchez said it discouraged him a little, but his mind was set on making the league.

“There was no plan B, I had the mentality that I was going to make it,” Sanchez said. “My parents and wife saw me during my lowest, but I never gave up.”

After some calls from different teams, the Colts organization was eager to get him on their team. Sanchez was given the opportunity to compete for a starting punter position against NFL veteran Jeff Locke.

Sanchez said he had to grind it out and he eventually landed the starting job.

“When you are in that position, no one is your friend,” Sanchez said. “Once I earned the job, it was just the beginning, I had to keep working.”

Sanchez is now one of the top-tier punters in the NFL, as he averages over 45 yards a punt and has landed a second contract — many punters don’t get that opportunity. During week four of the 2021-2022 season, Sanchez earned AFC Special Team Player of the Week.

Despite being over 2,000 miles from home, Sanchez still takes pride in helping his community.

In 2019 he donated turkeys to families in Hamilton City during Thanksgiving week. Back in 2021, he donated $5,000 to the Hamilton High School athletic program, which became $10,000 after the NFL matched his donation.

Jobanni Esparza, who graduated from Hamilton High School as well, is currently kicking and punting at Winston-Salem State University. He said that having Sanchez as a mentor has been a blessing for him during his own journey.

“He teaches me all the little things to prepare myself for an opportunity like the one he has,” Esparza said. “He’s helped me become a better kicker, but more importantly he has taught me how to handle certain situations and be a better person.”

In 2019, Sanchez started a youth football camp in Hamilton City where he invited kids to come outside and get active. He said he wanted to be someone who the kids can look up to and realize that there is hope. 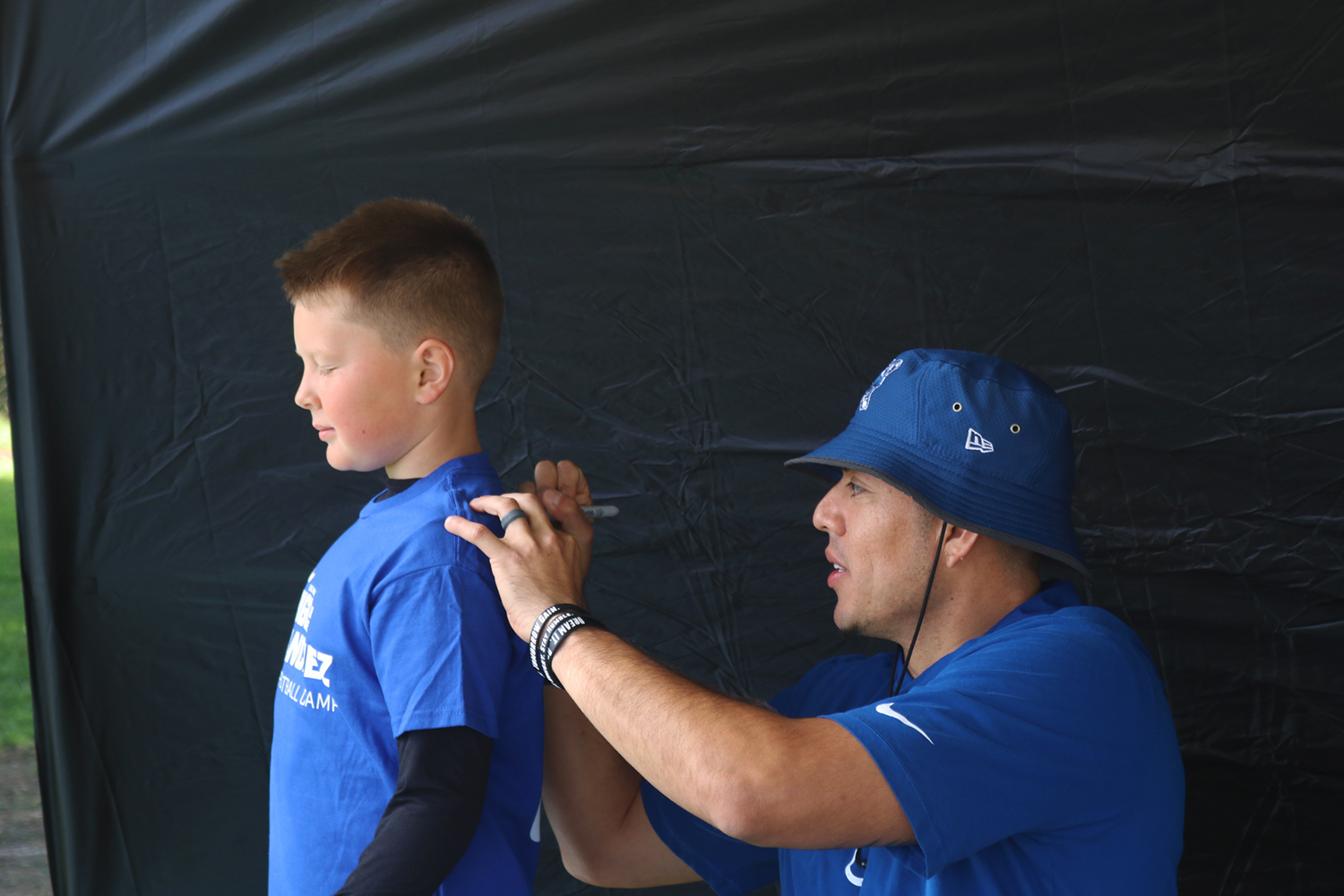 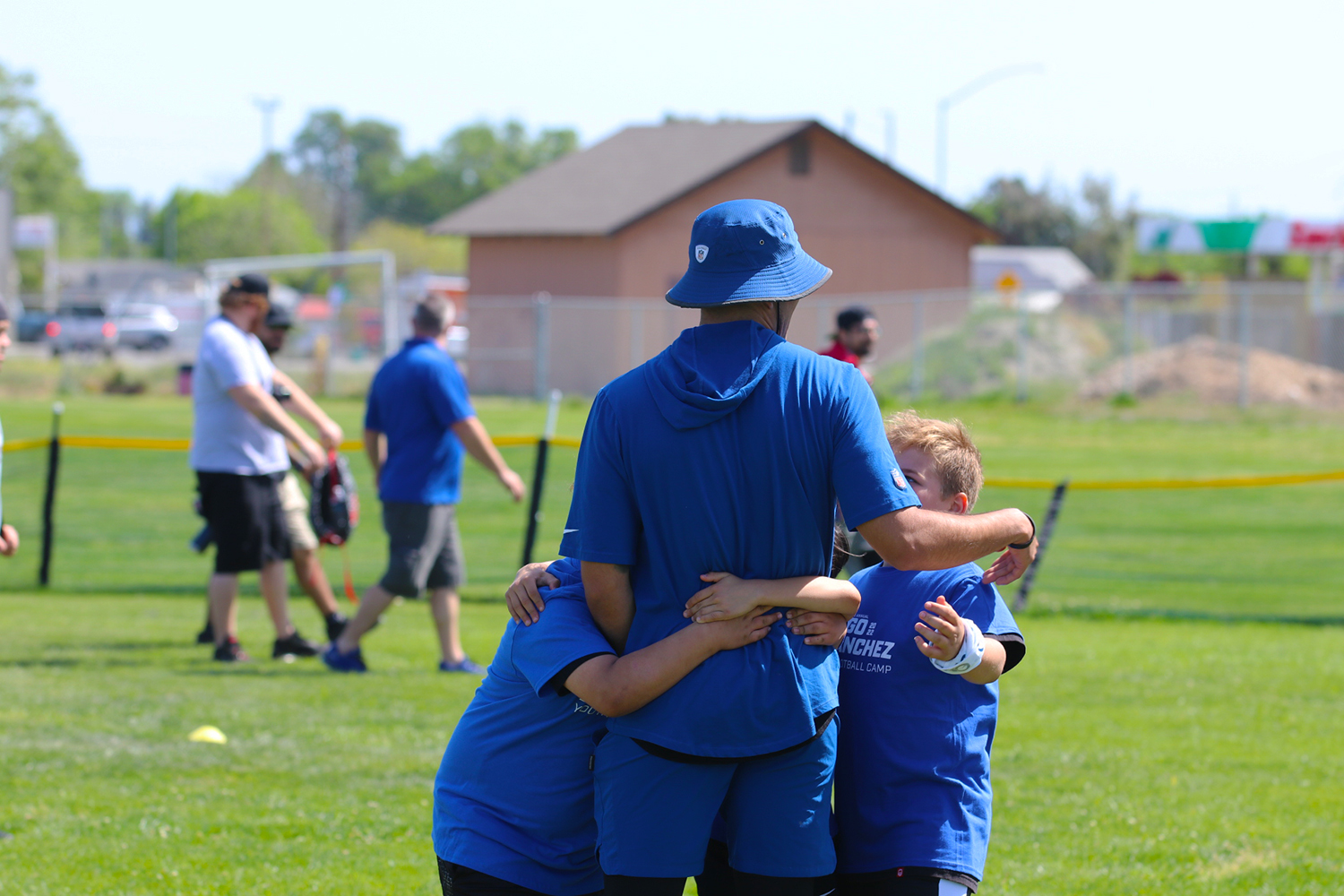 Rigo being hug by some of the kids during his camp. Photo Taken on April 2. 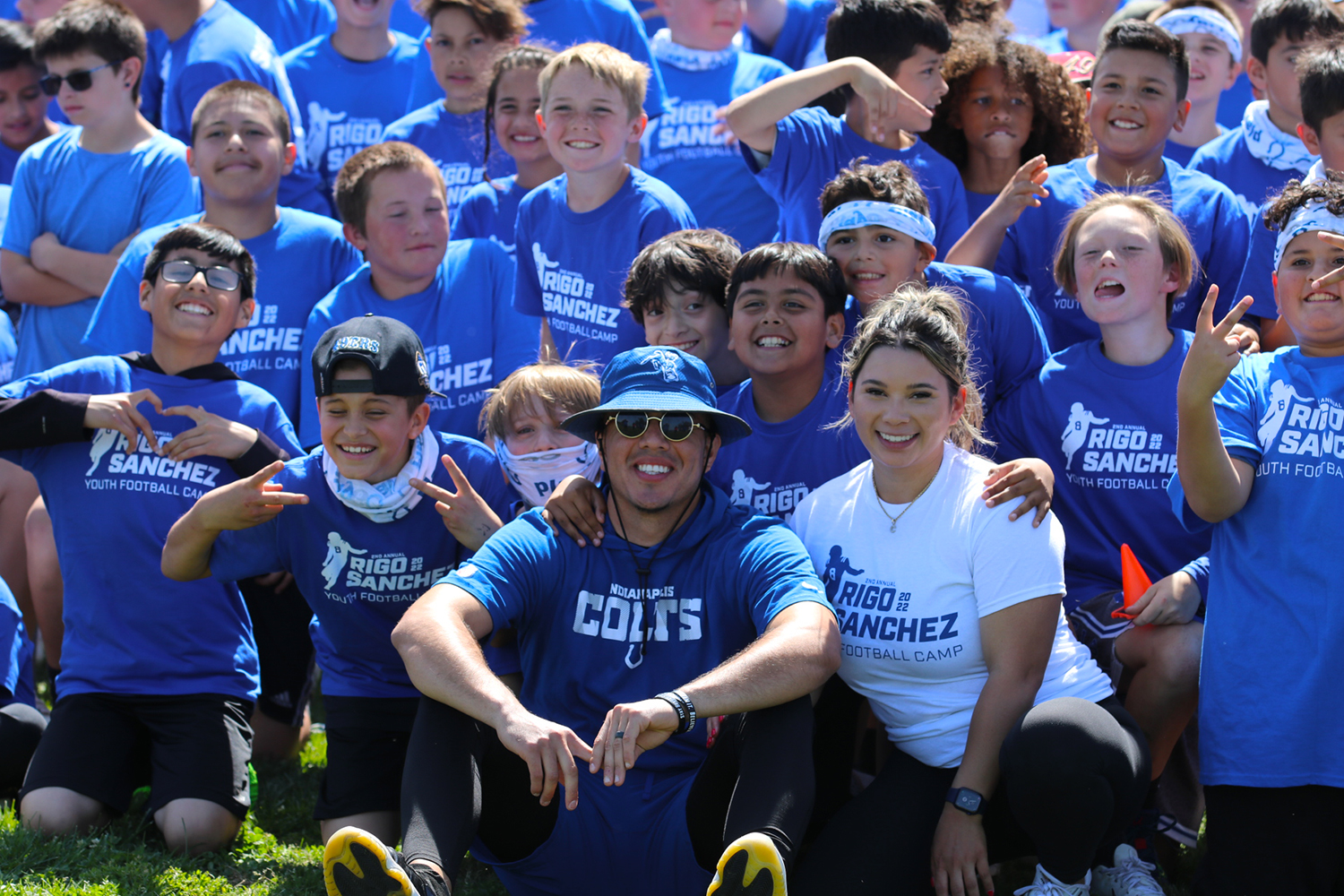 Rigo and his wife Cynthia with some of the kids from the camp. Photo Taken on April 2. 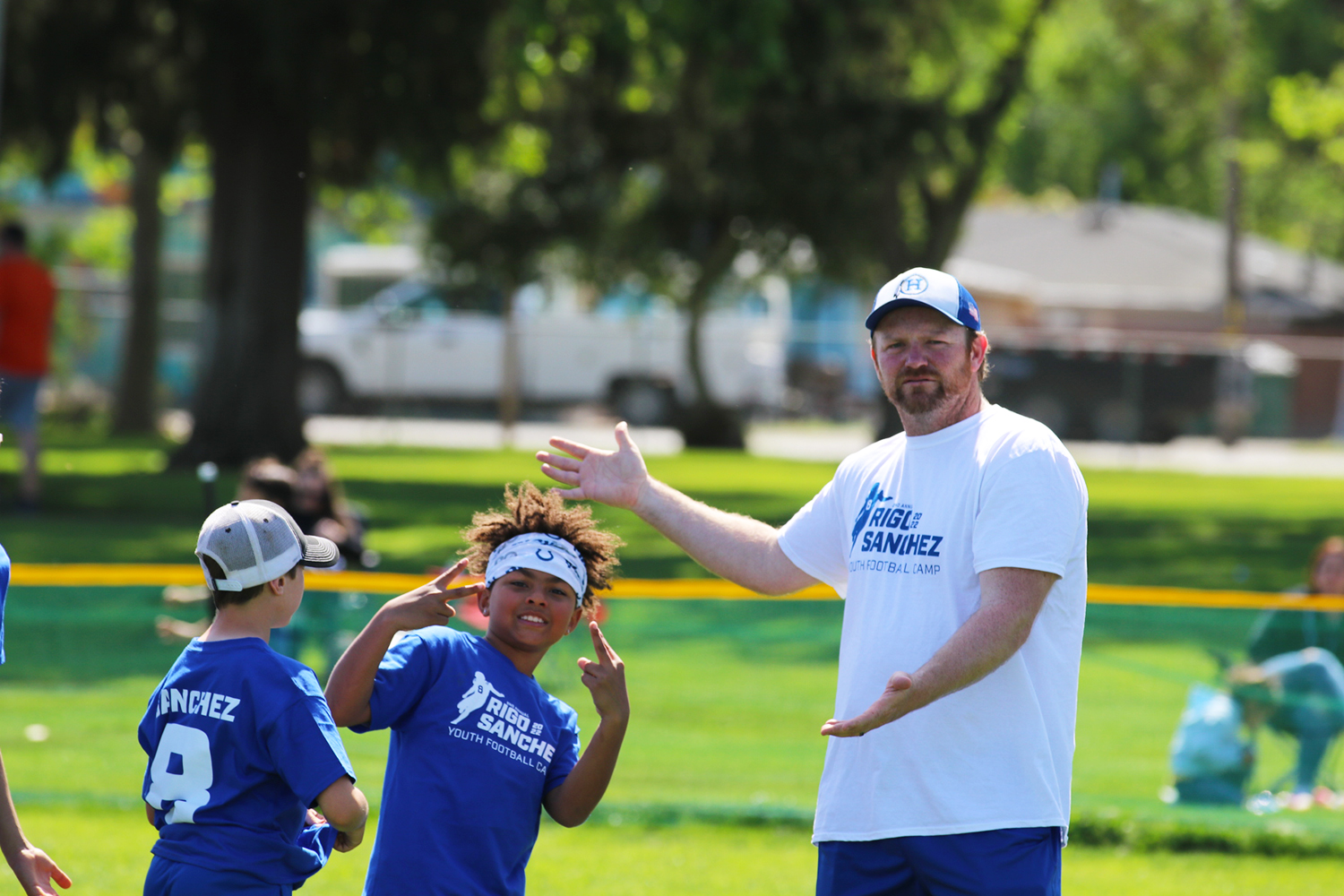 Hamilton High teacher, Matt Jarvis with one of the kids. Photo Taken on April 2.
Photo Taken By Javier Hernandez

“I told myself I wanted to give the kids a mentor, because I didn’t have that opportunity,” Sanchez said, “I want these kids to be able to inspire the next generation in whatever they do.”

Due to COVID pandemic, his camp didn’t make its second appearance until April 2. People think his camp is just for kicking because it’s his specialty, but it has drills for every football position. He had coaches from both of his alma maters, Butte and Hamilton, help run these drills.

The coaches started yelling drills and the kids got into action. Sanchez was interacting with as many kids as he could, as there were about 250 participating. Every time he would talk to one they would get starstruck.

As he was giving his closing ceremony to the kids, they stood in awe as he spoke. The children started to call his name and those who weren’t able to get their shirt signed swarmed toward him.

Sanchez said his biggest piece of advice to anyone trying to make it to the NFL is be truthful with yourself during the process.

“I always hold myself accountable,” Sanchez said. “Everyday is a new day to improve, always keep working and never give up on your dreams.”