Wildcat softball brings out the brooms against the Pioneers 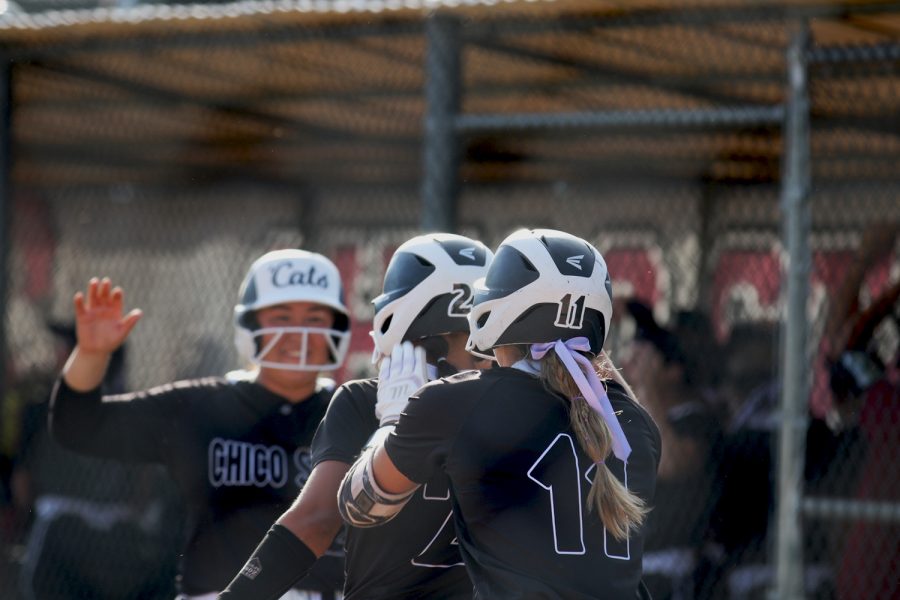 Wildcats celebrating after a scored run against the Pioneers.

Chico State Softball started their third-to-last series of the season against the East Bay Pioneers and swept them at the University Softball Stadium.

The first game started off slow for the Wildcats as they didn’t score for the first two innings. Junior infielder Alani Nguyen took things into her own hands, as she hit a double in the third inning and brought in three runners.

The Wildcats went up 4-1 heading into the fourth inning and didn’t look back. They held the Pioneers to just one run for the rest of the game and won the first game, 6-2.  Senior pitcher Brooke Larsen racked up her 14th win of the season after striking out nine batters. The offense was led by Nguyen, who went three for four with three RBIs.

During the second game of the doubleheader, the Wildcats scored a run in each of the first, second and third innings to secure the win with a final score of 3-0. Freshman shortstop Rachel Bles went two for three, with two RBIs to lead the Wildcat offense. Freshman pitcher Mari Takeda Bajan struck out six batters to secure her ninth win of the season. 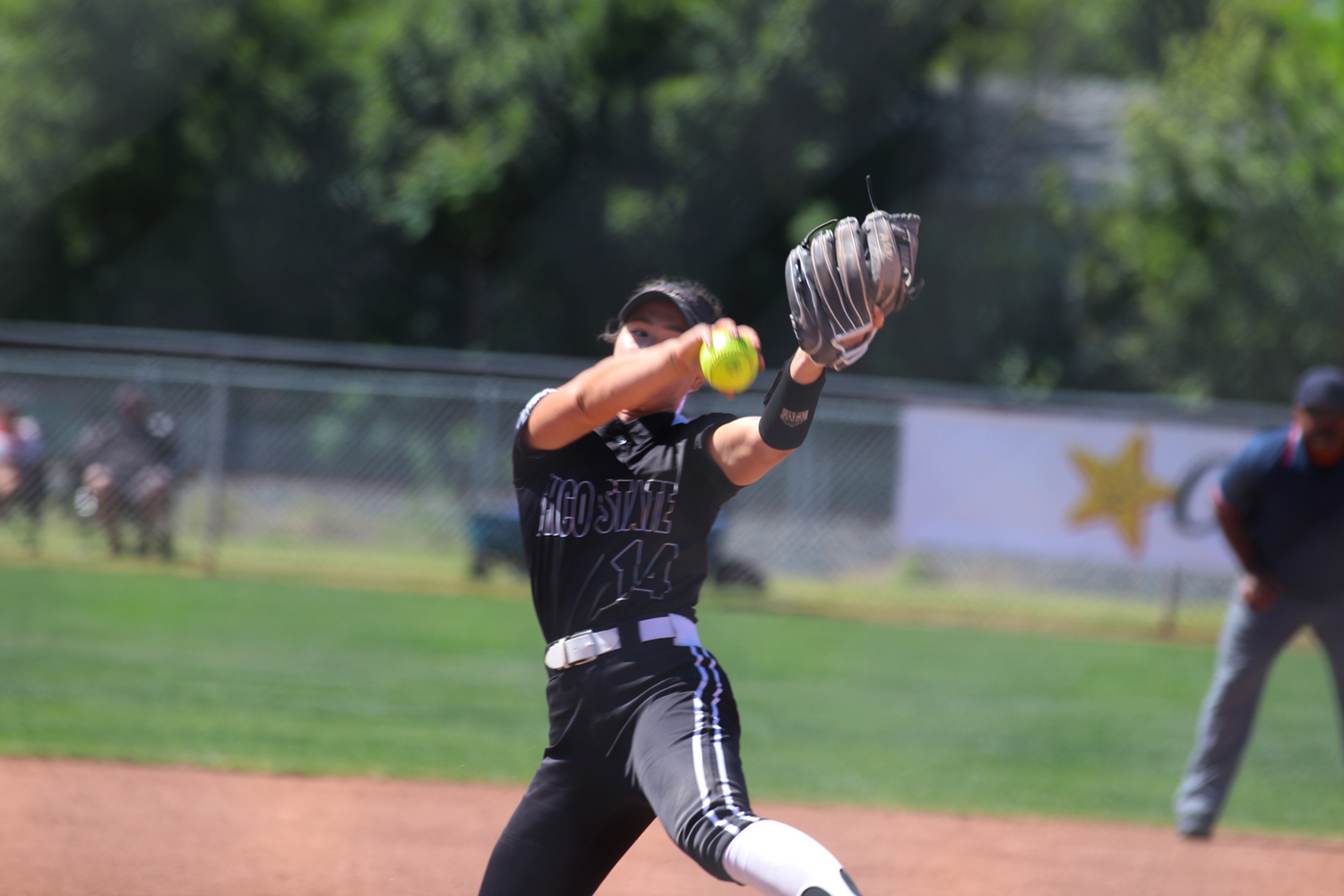 Wildcat Brooke Larsen throwing some heat against the Pioneers. 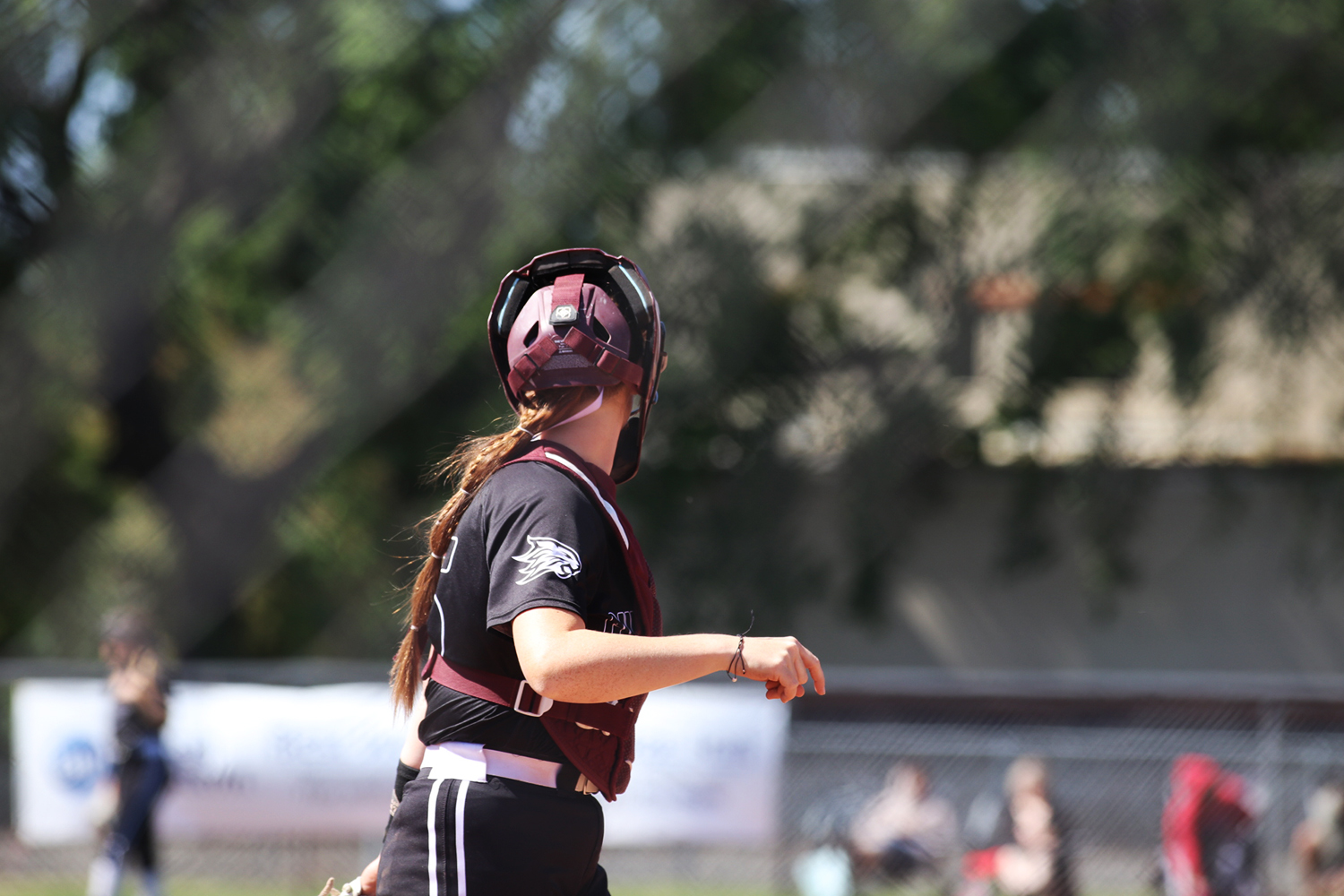 Wildcat Sara Mitrano giving out some instructions against the Pioneers. 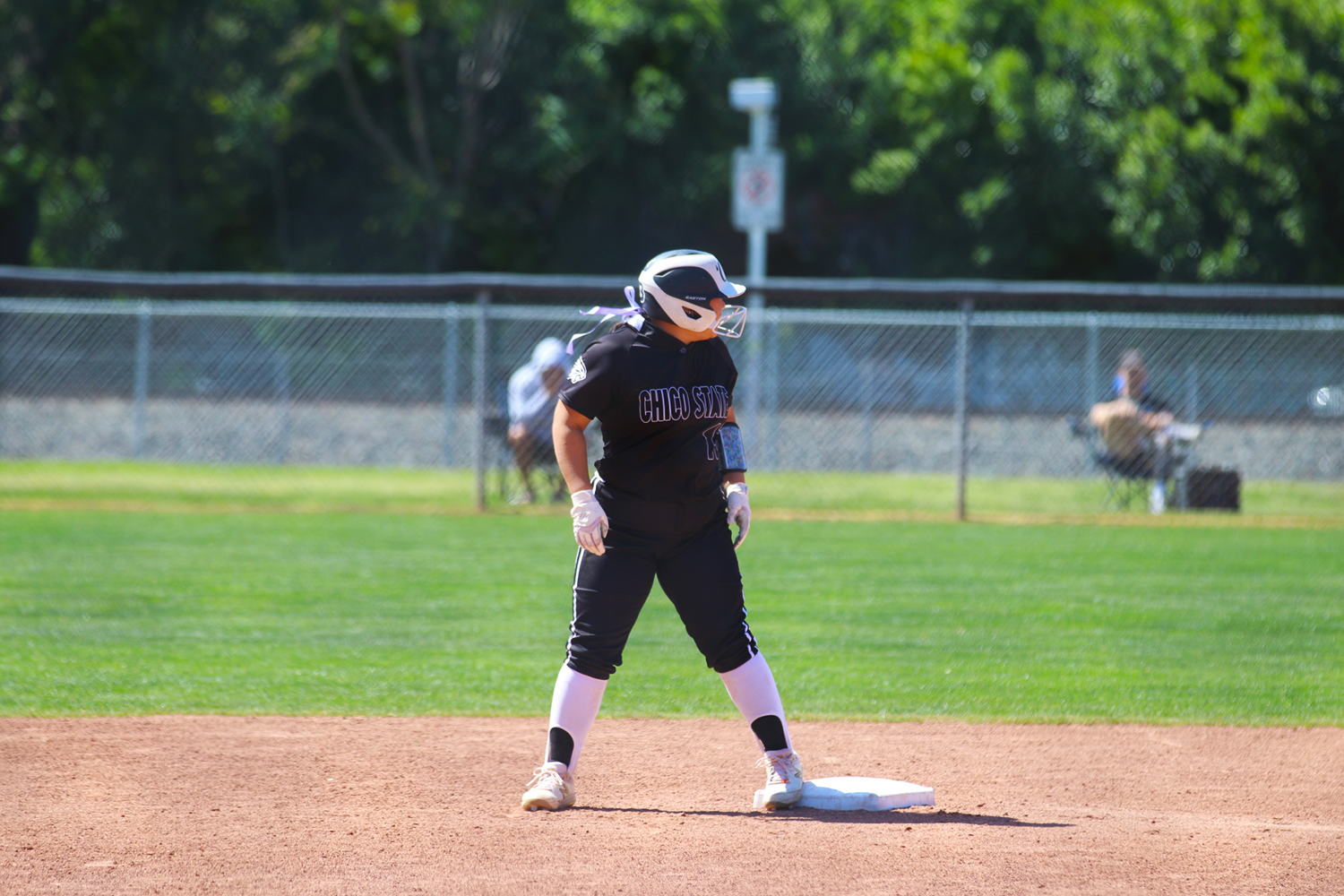 Wildcat Alani Nguyen on base against the Pioneers. 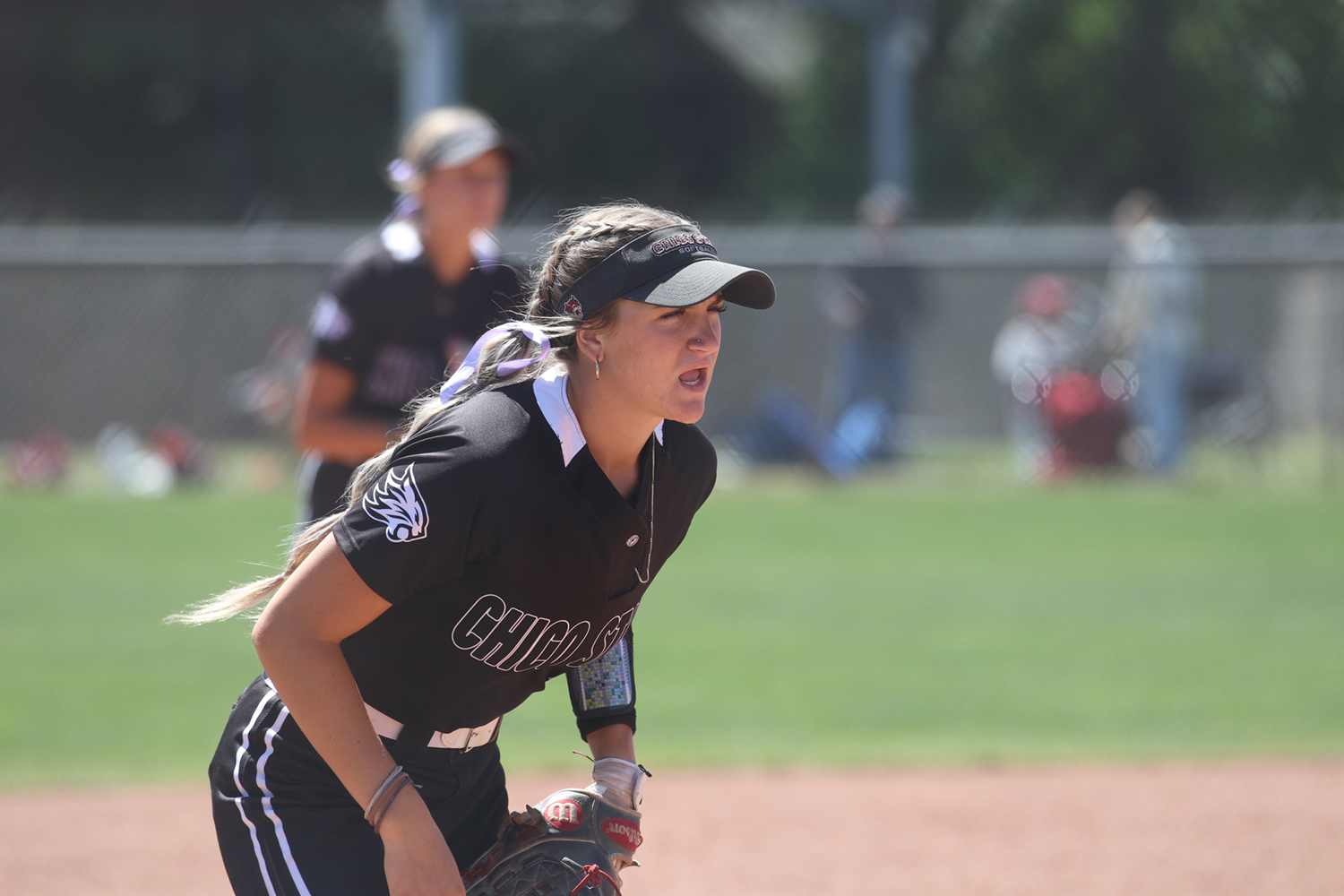 Larsen, who was recently selected as a 2022 Schutt Sports/NFCA DII Player & Pitcher of the Year finalist, came out blazing in the third game of the series as she retired the first three batters with ease.

“It is a big honor,” Larsen said. “It just means my hard work over the years is paying off.”

The offense quickly responded, as senior outfielder Nina Revoir hit a triple and brought in two runners to get an early lead of 2-0.

The Wildcat defense would finally give up a run after an error from their outfielder in the fourth inning. The offense backed up their defense, as Revoir’s double brought in two Wildcats.

The third game went to the Wildcats with a score of 6-3, and with this win they secured the win against the Pioneers. Larsen struck out 11 batters on the way to her 15th win of the season. Revoir was the hero of this game as she went three for four, and had four RBIs.

Revoir said her approach to the game was to leave everything she had at the plate.

“I just wanted to go balls to the wall and not overthink anything,” Revoir said. “I was just swinging and it ultimately paid off.”

The final game of the series had all the excitement. It started off scoreless for the first two innings, as both teams knew each other pretty well.

However, during the sixth inning junior infielder Grace Gallagher singled to right, which brought in a runner. Freshman pitcher Katelyn Oldwin was walked with the bases loaded, bringing in another runner.

Senior infielder Angel Lopez stepped up to the plate with two runners in position to score, with her teammates on the bench yelling “You’re built for this moment!” They weren’t wrong, as Lopez hit a double and brought in both runners. This wasn’t the end of the madness either, as an error by the Pioneers allowed Lopez to score herself.

Lopez said when she saw the opportunity she went into go mode.

“My mentality is see ball, hit ball,” Lopez said. “Seeing my teammates cheering me on got me hyped up and I did all I could to be a menace when I got up to bat.”

Going into the seventh inning the Wildcats led 7-3. The Wildcats may have thought they had a comfortable lead, but the Pioneers had something to say. Oldwin gave up one run, and was then subbed out for Takeda Bajan. The Pioneer offense got hot at the right time and they rallied back to tie the game at 7-7.

In the bottom of the seventh Revoir hit a single to set things up. Gallagher then stepped up to the plate and blasted a ball straight through the gap in center field. Revoir cruised her way to home plate to secure the Wildcats the series sweep. 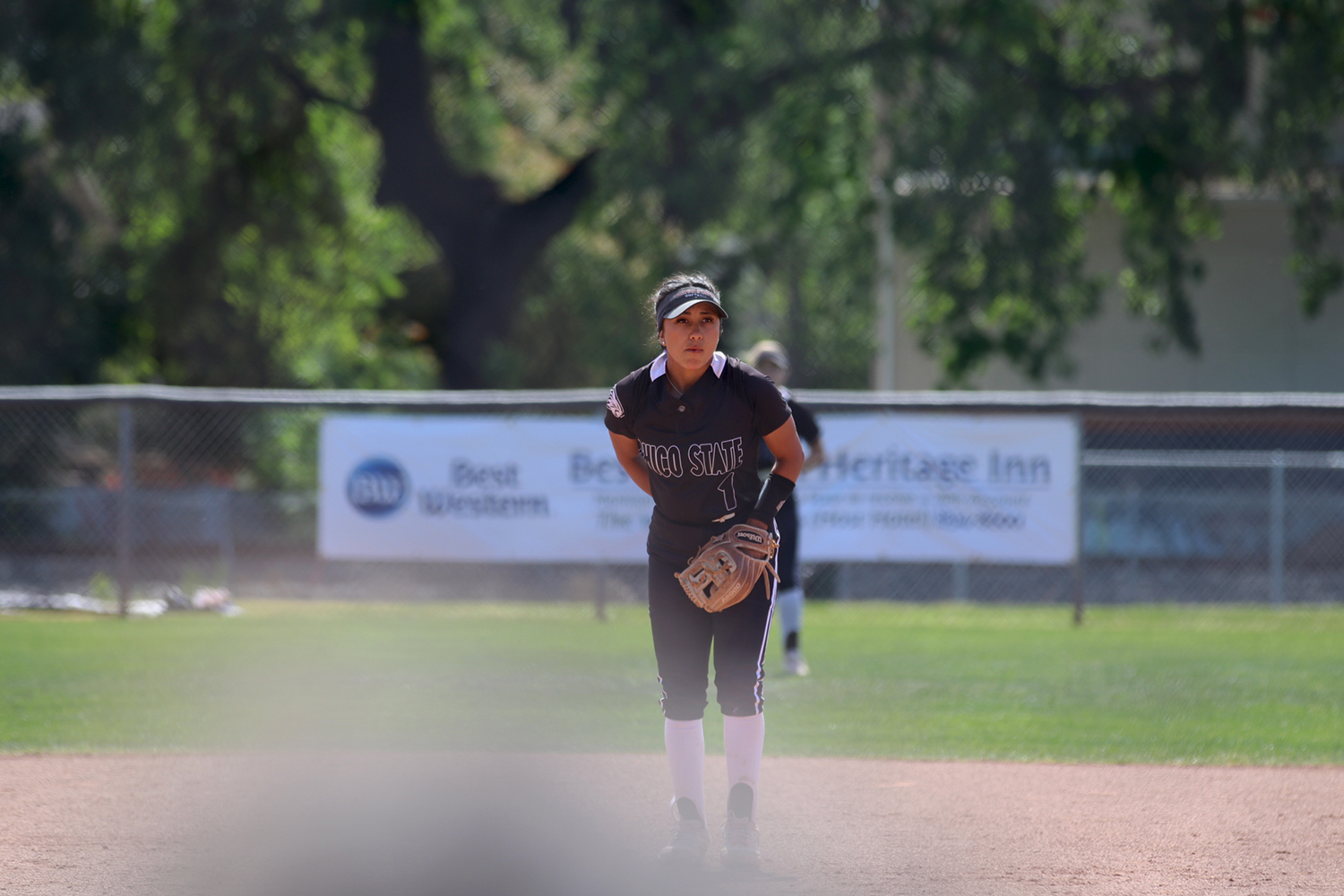 Wildcat Angel Lopez dialed in against the Pioneers. 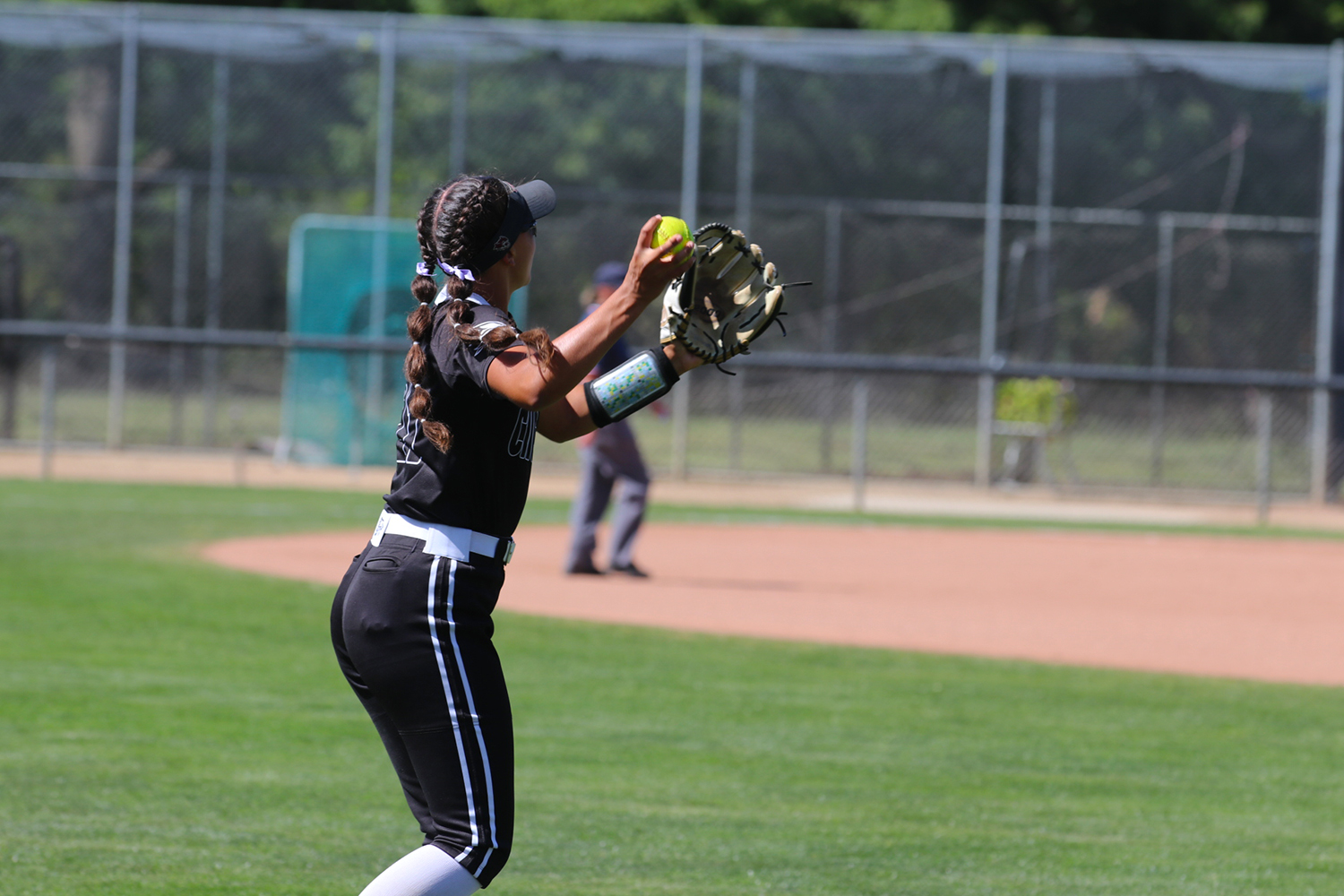 Wildcat Nina Revoir throwing a ball against the Pioneers. 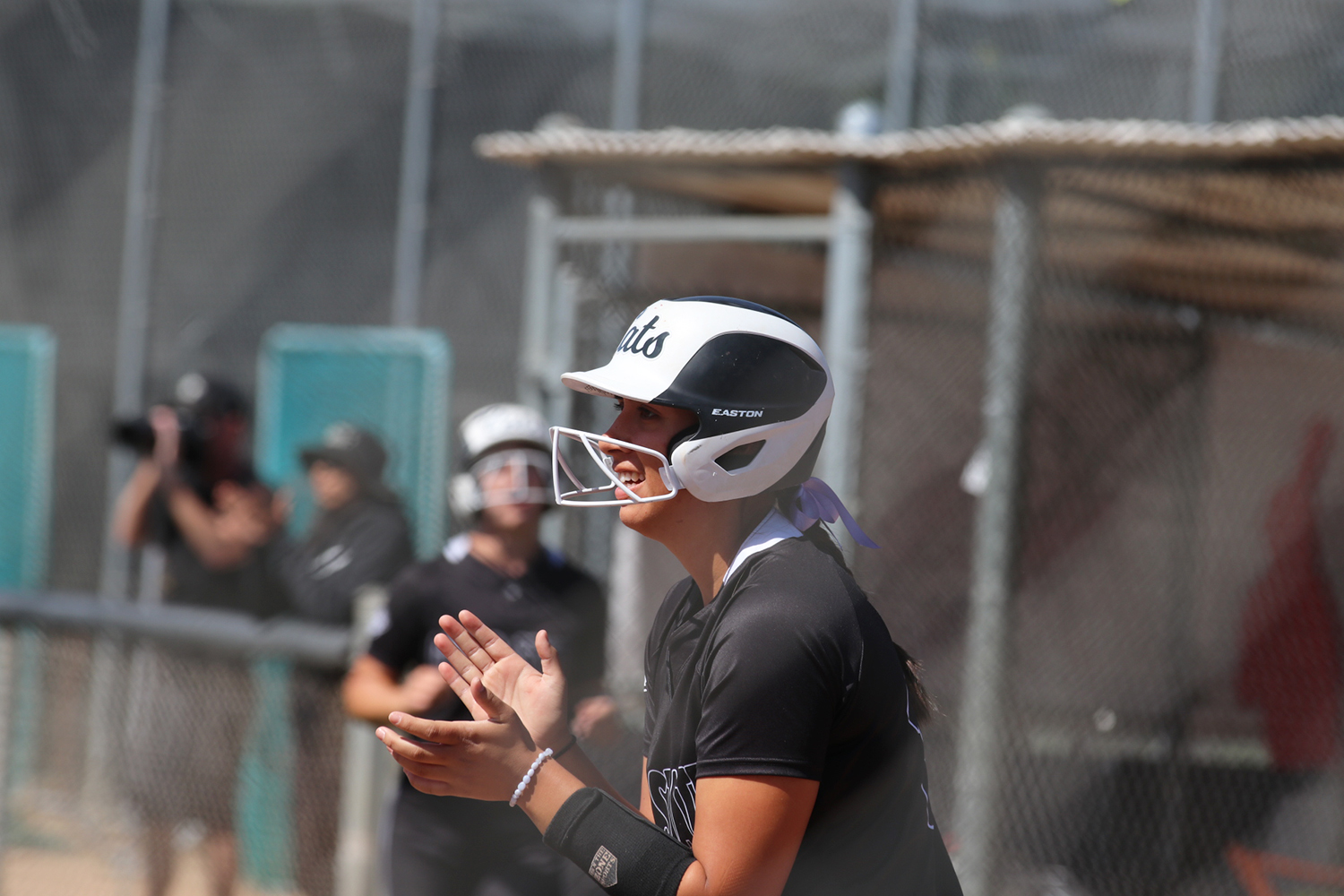 Wildcat Reilani Peleti cheering on her teammates against the Pioneers. 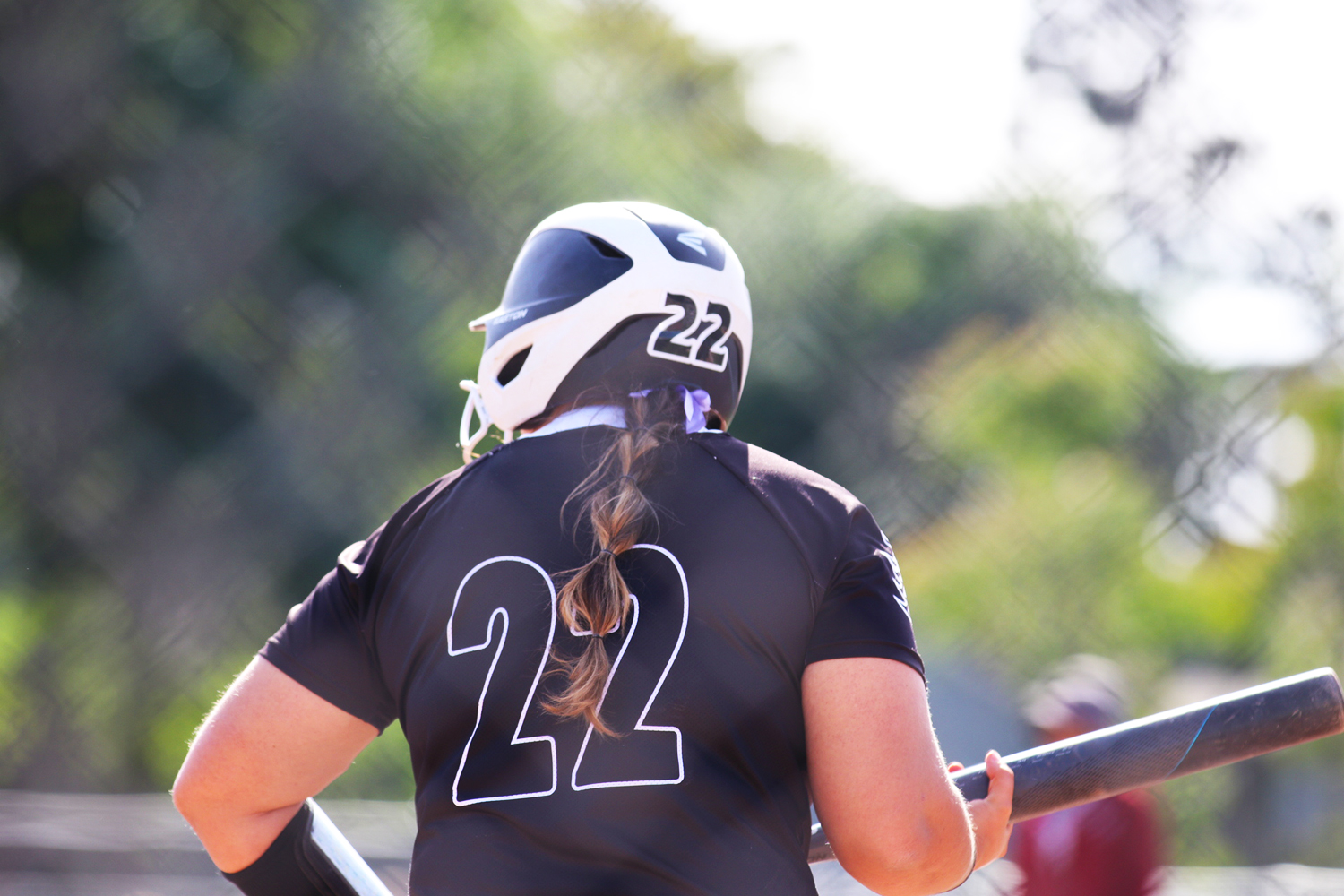 Wildcat Grace Gallagher prior to her walk-off double.
Photos Taken by Javier Hernandez

Gallagher said her game-clinching double felt surreal, especially because she was doing it for her pitchers.

“They have carried us this far, and I wanted to do it for them,” Gallagher said. “It felt great to help the team secure a win.”

The Wildcats improved to 30-11 on the season, and their 20-8 conference record allowed them to stay put in second place in CCAA standings. This series win also clinched the Wildcats a CCAA playoff spot.

Lopez said as long as the team continues to work a long postseason run is likely for them.

“If we keep pushing each other and working, we have a chance to make a special postseason run,” Lopez said.

Chico State Softball will have a week off before their last two season series. They visit the Stanislaus State Warriors from April 22-23 and finish off their season by hosting the Sonoma State Seawolves on April 29-30. Javier Hernandez can be contacted at [email protected] or @jhm1226 on Twitter