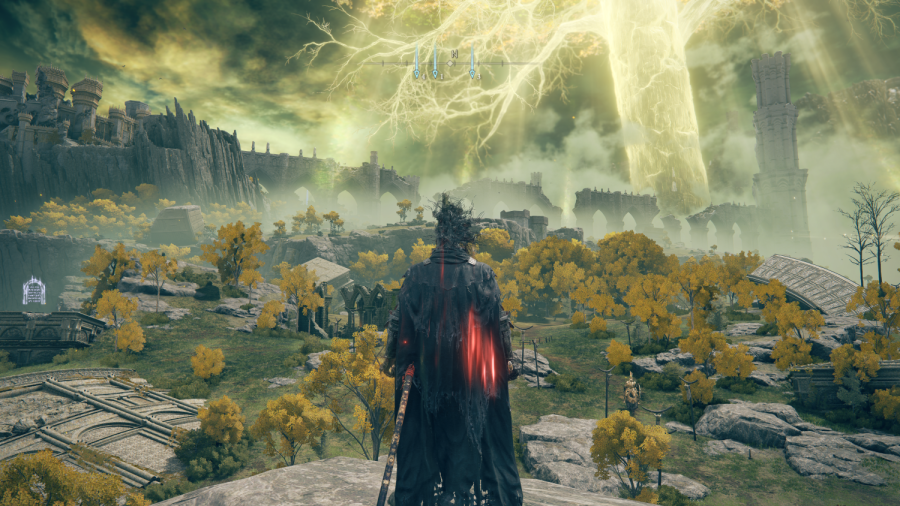 After leaving the tutorial area players are greeted with a vast open world with multiple paths of exploration.

Developer FromSoftware has a reputation of making finely tuned and difficult games for a niche audience of “hardcore” gamers, but something has changed with their new title “Elden Ring,” released Feb. 25, which had already matched half of the lifetime sales of the related “Dark Souls” series within a month’s release.

Some longtime fans have bemoaned Elden Ring for being not as challenging as previous titles, but Elden Ring has much more going for it than the perception that it is an “easy” game.Elden Ring was primed for success by an alliance uncommon in the world of gaming. Best-selling fantasy author, George R.R. Martin, participated in the project as a writer and a producer, played a prominent role in the world-building of the game and brought many of his long-time fans with him.Martin’s involvement segues into another fact that may have contributed to Elden Ring’s popularity.

Previous FromSoftware games have often taken place in relatively linear and confined worlds with a Gothic, fantasy influence. Elden Ring instead takes place in an open-world, and hosts a wide-variety of compelling environments and potential paths for completing the game. 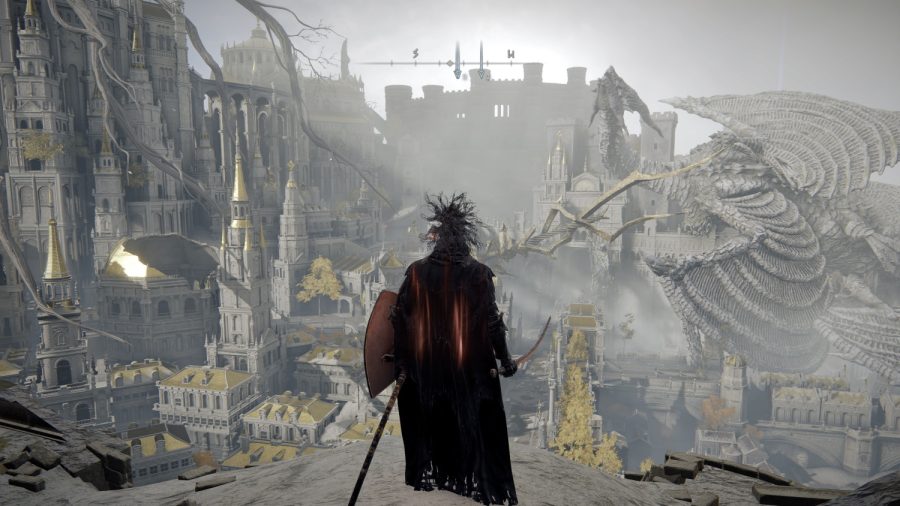 The dark fantasy elements are well-represented in the world of Elden Ring, but so too are more traditional fantasy elements, with some of the locations being sculpted with stunning detail.

The bleak dungeons are there, but so are the epic landscapes which would be a perfect fit for “Lord of the Rings” or Martin’s own “Song of Ice and Fire.”

Open world is not a new idea and has often been slapped on video games thoughtlessly as a selling point, without the open world actually serving a purpose. Elden Ring has succeeded where many of its predecessors have failed.

Not only is the world well-crafted and at times beautiful, but it actually contributes to the mechanics of the game (and you get a horse!). 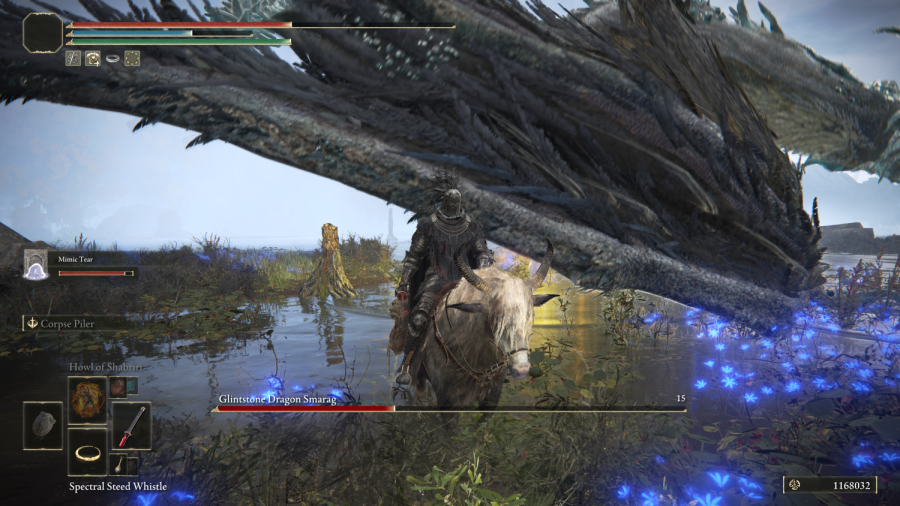 The horse (obtained early in the game) allows players to reach difficult areas, and to take part in mounted combat that wasn’t present in previous FromSoftware titles.

Whereas many players may give up after repeatedly being beaten by a difficult boss enemy in previous games, this type of problem is not something you have to worry about in Elden Ring.

When unable to progress in one direction, the player can explore somewhere else, and return once they have leveled up their character, found new gear or are just feeling more confident.

Adventurous players might even find that certain areas and enemies can be entirely bypassed by secret paths.

Elden Ring features a “Journey 2” mode, allowing players to restart the game while keeping their character’s stats and inventory intact, allowing them to search for new secrets and to experience the game’s multiple endings.

Elden Ring has online multiplayer, both cooperative and adversarial. Maybe a friend can make the difference in that tough fight? However, this does not mean that multiplayer is an absolute necessity to complete in-game content.

Various NPCs can be summoned to help in some of the more difficult boss fights, and the game features a system where various “spirits” take the form of different creatures and characters can be unlocked to summon throughout the game.This combination of design elements has led to a game that is much more accessible to a diverse audience of people without being dumbed down, and hopefully many lessons will be learned from it by game developers going forward.

Video games are stereotyped as being a low-form of entertainment for children and immature people, but the attention that was paid to world-building and storytelling in Elden Ring challenges this reputation, and shows that the medium is still valid as a literary form.

The game has a thriving online fan community, with players banding together to document many of the secrets and easter eggs present in the game, spread esoteric memes and to label every in-game Tortoise as a dog.This does not mean that Elden Ring or FromSoftware are entirely without blemish. The game is full of bugs, some harmless or even beneficial. However, others are game-breaking or allow players to completely bypass almost the entire game, a boon to its competitive speed-running community.FromSoftware has also been caught up in the ongoing controversy in the video game industry in regards to difficult working conditions — especially “crunch” — a practice of making employees work extreme hours in order to make sure a project meets deadlines.

Reports have also claimed that FromSoftware has a culture that has seen many employees, mainly women, face sexual harassment.

With Elden Ring, FromSoftware has brought much that is fresh to the industry, and received rightful acclaim for it. Let’s hope it can solve the problems with its internal regime, so that its workers can also take part in the game’s success in a healthy environment.