Am I Hmong enough? Students search for identity in diaspora 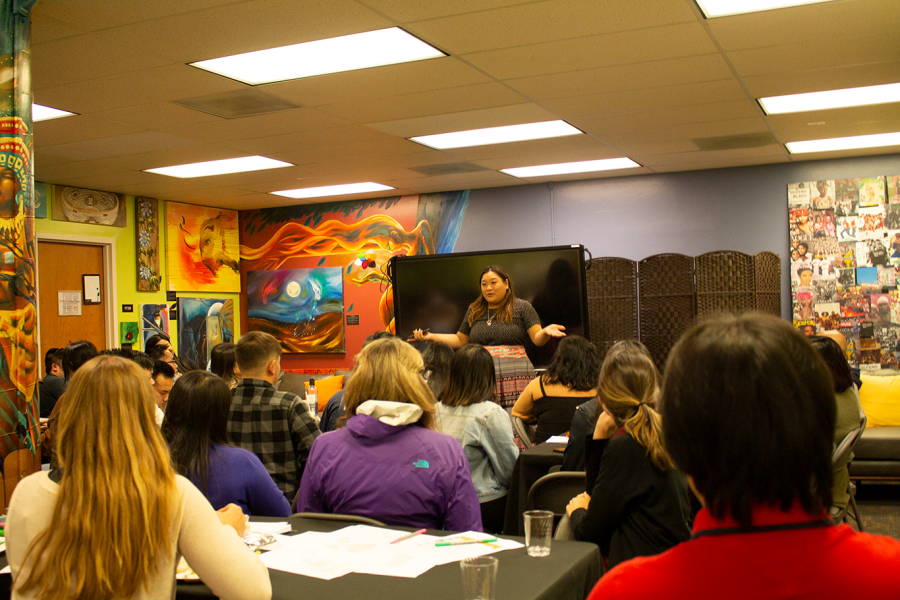 Wildcat Andrea Thoj presenting at the Hmong Legacy banquet in the Cross-Cultural Leadership Center on April 21.

Some Hmong students at Chico State are third or fourth generation Americans who can’t speak or read their native language. Finding one’s identity as a minority in an assimilated community can make some students feel “not Hmong enough.”

Pa Vue, former student and Writing Center coordinator, created Hmong Legacy, an initiative to help Hmong students find their identity and foster a sense of community. The six-week immersive course celebrated Hmong literature and culture so Hmong students could learn about their heritage and make friends. 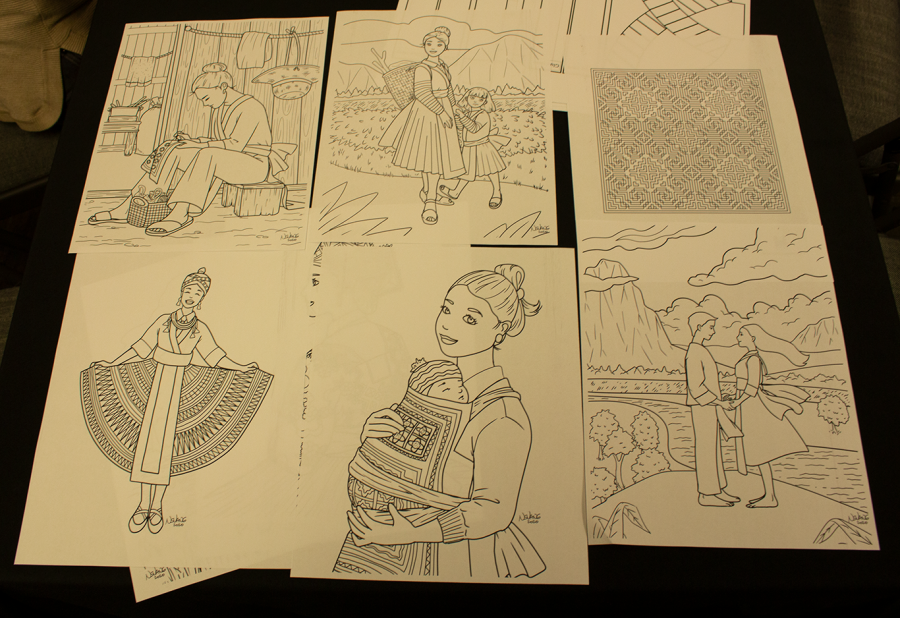 Some displayed art of traditional Hmong clothing, women and patterns at the Cross-Cultural Leadership Center for Hmong Legacy on April 21.

It’s run by the Cross-Cultural Leadership Center and requires student leadership. Hmong Legacy debuted in 2017 as a pilot program but became official in spring 2018. However, this will be the last Hmong Legacy until a new student volunteers to facilitate it.

Asian students make up only 5.6% of Chico State’s 2021 enrollment, according to the university’s Demographic Dashboard.

Selena Thao, CCLC paraprofessional, was a freshman when she joined Hmong Legacy. She didn’t feel welcomed at Chico State.

“Am I Hmong enough? Am I American enough? Who am I,” Thao said.

She joined the organization to find a community. Hmong Legacy taught Thao how to be proud of her heritage and helped her come into touch with her personal identity. 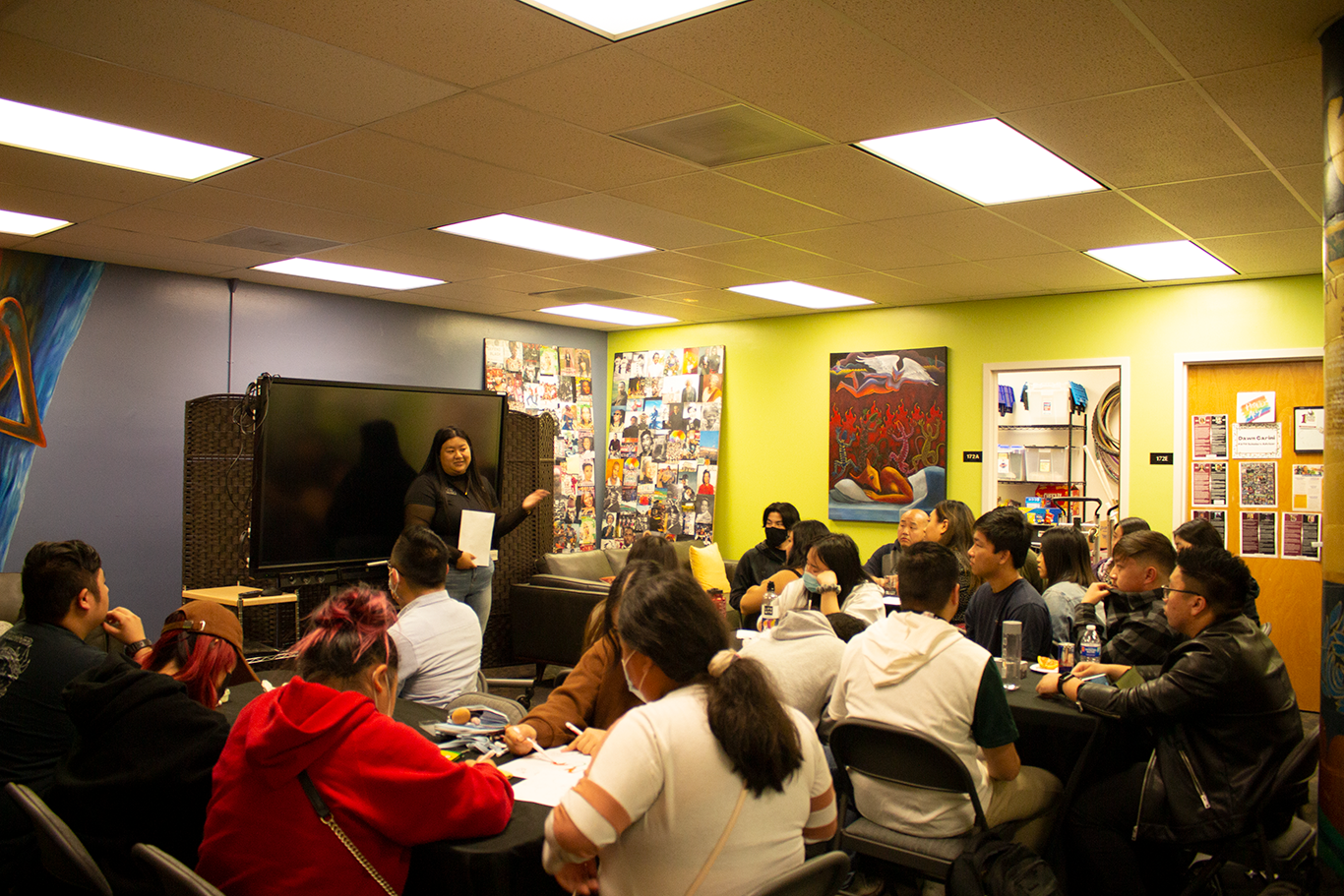 Selena Thao, program facilitator and CCLC paraprofessional welcoming participants to the final Hmong Legacy of the semester on April 24. 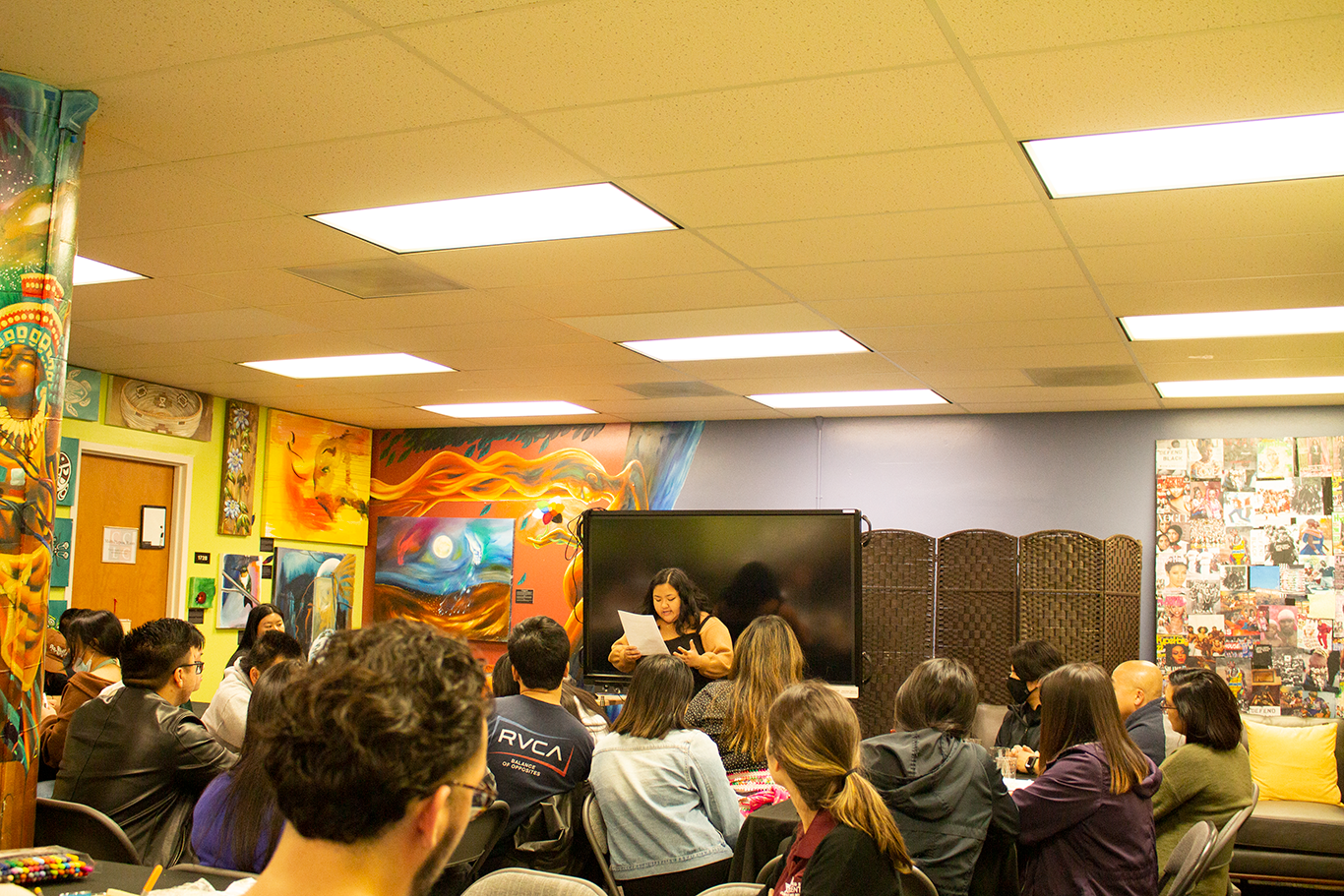 Wildcat Elizabeth Lo presenting her essay at the Hmong Legacy banquet in the Cross-Cultural Leadership Center on April 21.

“I’m not alone in that diaspora. I really solidified my standards of understanding my cultural heritage and being proud of being Hmong,” Thao said.

Elizabeth Lo found out about the program through flyers and by talking to the Hmong Student Association while they were tabling.

“It has definitely taught me how to network and with people, and I think really keep in touch with my identity and how I’m feeling while I go into higher education, especially with students who are in higher education,” Lo said.

Lo presented a poem about being perfect to make her family proud before trying to make herself proud. Lo said she was done “sitting still” and trying to be perfect.

“I don’t know what encouragement is, but I know what punishment is,” Lo said while describing her upbringing.

Thao said the program is intensive because people can’t learn about their identity overnight. It needs to be a gradual process where people come to terms with themselves.

Students read stories about Hmong experiences in English, although Hmong literature is scarce because of inaccessibility and the low number of writers.

Participants met every Thursday night, 5 p.m. to 7 p.m. at Selvester’s Cafe from March 3 to April 14. The program had 10-15 active participants,  nearly double the previous class. Thao said she decided to make it an open workshop this semester. 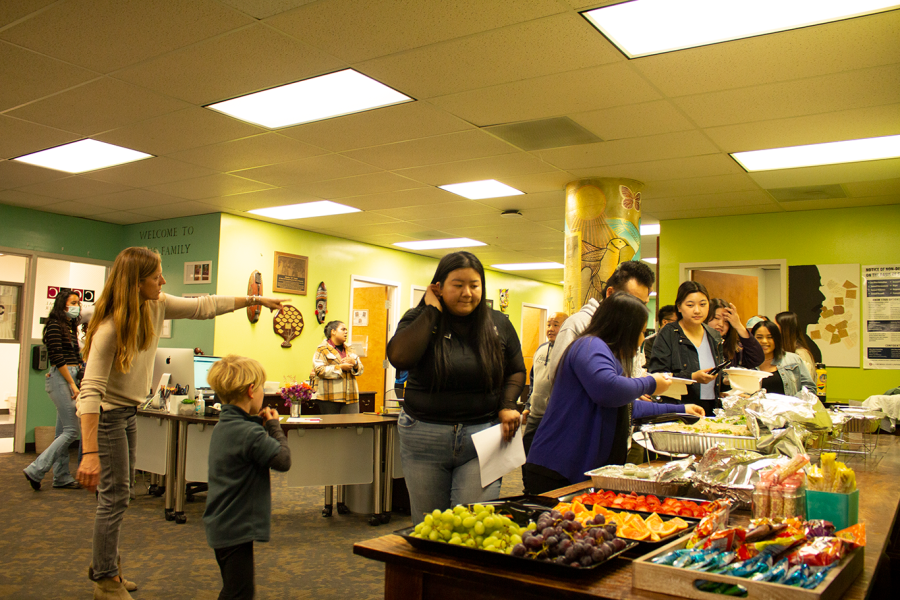 Hmong Legacy participants helping themselves to food before presentations begin at the Cross-Cultural Leadership Center on April 21.

This year,  six first generation students read poems and gave heartbreaking speeches about being Hmong in America. Professors, students and friends showed up to support the presenters, with about 25 people in attendance. They ate traditional Hmong food before the presentations.

All of the participants agreed that having an exclusive place where Hmong students can meet and build a sense of community was crucial in feeling welcomed on campus. 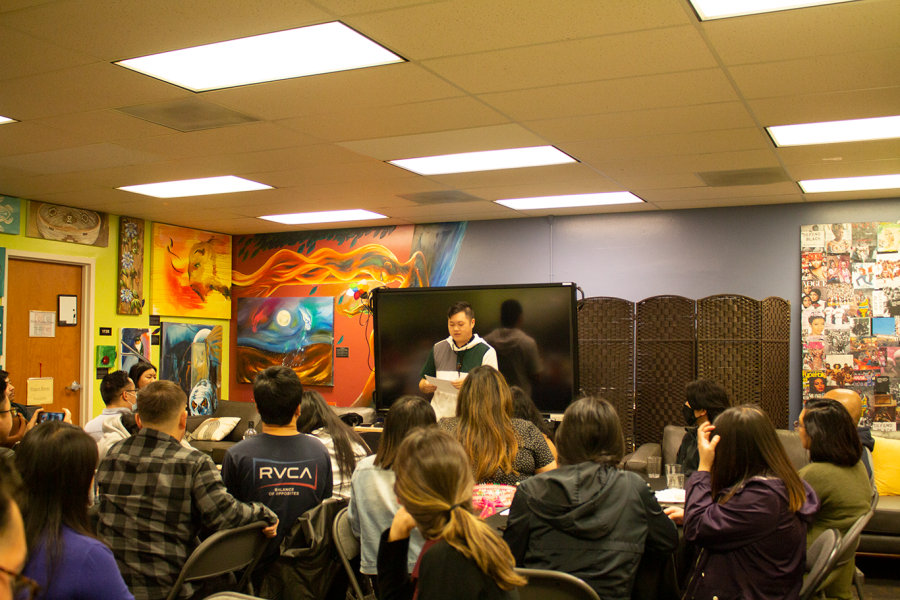 Wildcat Manting Xiong presenting his essay at the final Hmong Legacy of the semester on April 21. 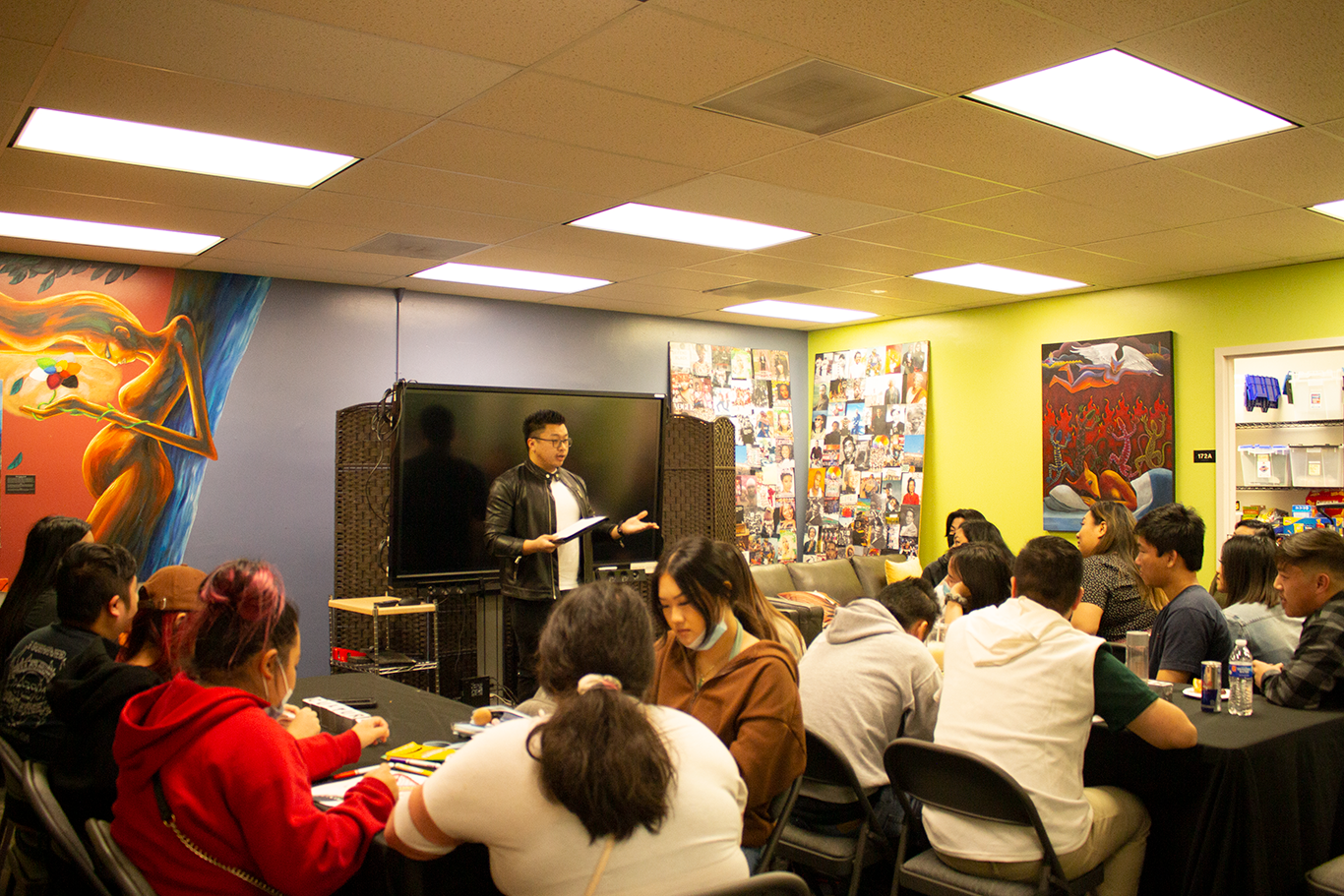 Kenji Lo presenting his essay at the final Hmong Legacy on April 21.

Wildcat Manting Xiong, presented his poem “Things I Have Seen,” and delved into the fragile masculinity that exists in the Hmong community. He was fed up with the way Hmong men justified the way they disrespect Hmong women. Xiong said his pride makes him question his culture and “being Hmong hurts.”

Xiong said that minorities should work together to promote peace and prosperity instead of putting one another down.

Andrea Thoj said the program has helped her navigate through her words and academia. She said the Hmong Student Association is nice for networking and meeting people, but Hmong Legacy delved into deeply rooted contemporary issues and appreciation which helped foster an intimate program setting.

“Words can take you away, but they can also bring you home,” Thoj said.

“I feel like there’s not a lot of space for Asian Americans [at Chico State], and even for our Hmong books, too,” Thoj said. “Just having an organization for us really impacted my experience as a Hmong American student.”Melvin Bui can be reached at [email protected] or @MelvinBuii on Twitter.