Resisting an officer at Coldstone Creamery 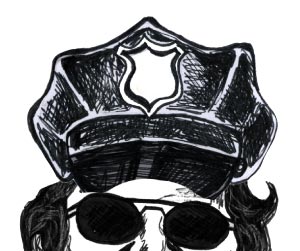 1:47 a.m.: Resisting a police officer at Coldstone Creamery on Broadway St. “Victim in physical fight on the corner. Subject is under the Chase awning, southbound on Broadway. No weapons seen. Trying to start a fight near Wiener Man. Victim and subject walking southbound on Broadway. Subject is with a group of 6 to 7, took his hat off, switched hats. Subject is black male American wearing a gray hat near hot dog stand 6 feet away. Crossing crosswalk at 3rd St eastbound. Victim wants no further action. Officer out with a subject on 3rd and Broadway. Officer is out with a victim. Checkered cab enroute. Victim left, refused medical treatment and is unable to provide identification.”