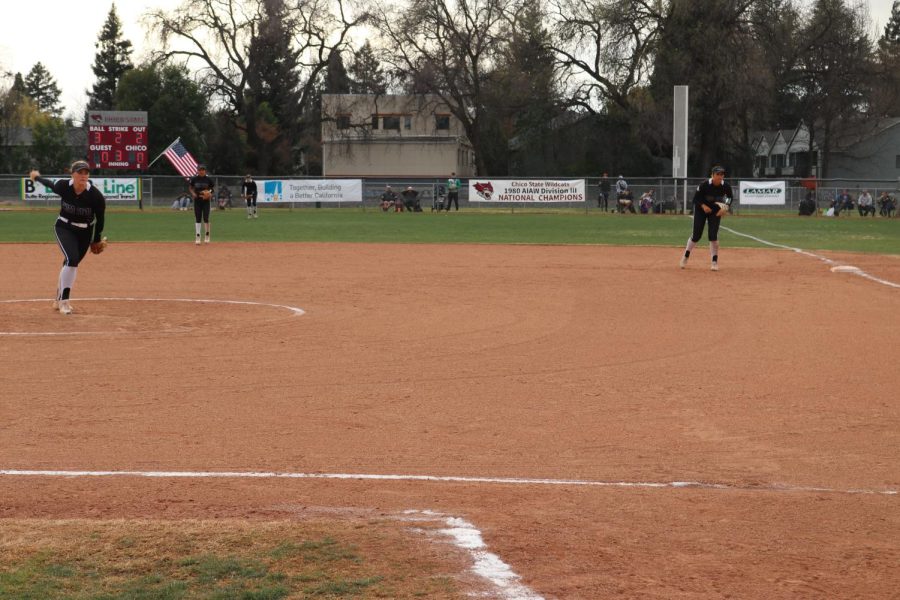 Starting off the series against Stanislaus State, the Wildcats were held scoreless until the fourth inning. Freshman utility player Hailey Seva kicked off the inning with a walk to get things started.

Standing in the batter’s box with two outs, junior third baseman Grace Gallagher hit the go-ahead RBI-double. This hit along with a throwing error committed by the catcher permitted Gallagher to score.

Leading 2-0 in the sixth inning, Chico State looked to keep adding to their lead against the Warriors by scoring a run in the sixth and two more in the seventh, winning 5-0.

Senior pitcher Brooke Larsen showed no signs of fatigue, as she collected another complete game shutout. She earned her 16th win of the season, while piling up 11 strikeouts and only giving up three hits.

The Wildcats showed off their firepower with three doubles, two of them from Gallagher and one from senior utility player Nina Revoir. Also getting in on the action was senior catcher Amanda Metzger, who hit her sixth homerun of the season.

Game two of the doubleheader saw the Warriors come alive offensively, starting in the third. Prior to their first run, Chico State held Stanislaus State scoreless for nine consecutive innings with their stellar pitching staff.

“I think what makes our pitching staff so dominant is how all of us continuously work on the little things we want to improve on from the weekend before,” Oldwin said. 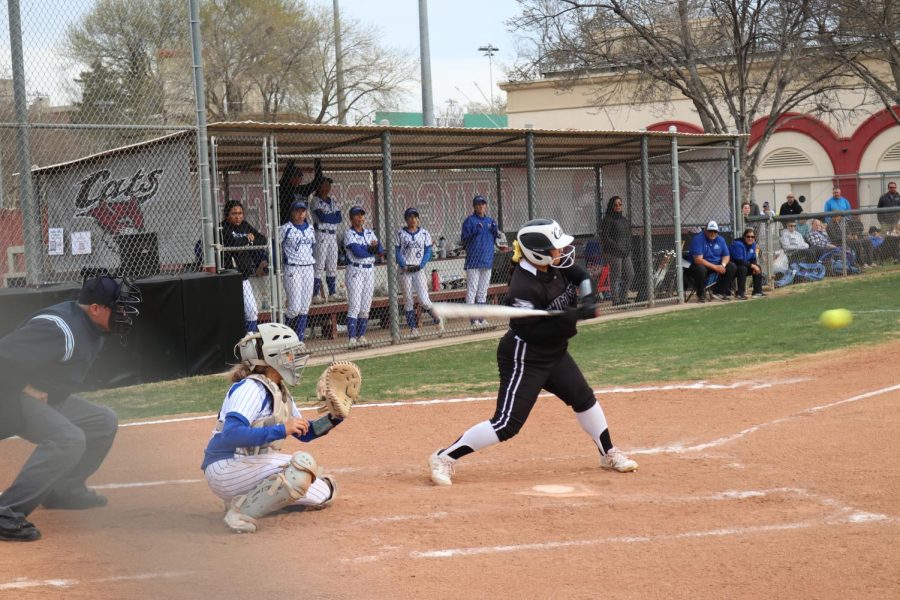 In the batter’s box junior Alani Nguyen swinging to put the ball in the play against Cal State San Bernardino.

After a five-run rally for the Wildcats in the fifth inning and a 6-1 lead, it seemed as if Chico State was going to run away with a victory — but the Warriors had other plans.

Stanislaus State retaliated with three runs of their own to keep within distance of the Wildcats.

With the Warriors applying constant pressure to Chico State, they caused the Wildcats to commit three errors and earned two hits off.

Oldwin was replaced with freshman Mari Takeda-Bajan. She was able to get through the disastrous inning with no further damage.

Takeda-Bajan said their opponents had a hard time adjusting to new pitchers, which helps them get out of difficult situations.

Freshman infielder, Anastacia Alba, hit her first triple of her college career, on the first pitch she saw to lead off the final inning. The Wildcats were able to add an insurance run off a sacrifice fly from freshman third and first baseman Grace Stover, securing another 7-4 victory.

Heading into their third game, the Wildcats exposed the Stanislaus State defense. They committed four errors and Chico State was able to bring in three runs as a result.

Larsen cruised her way through seven innings to help secure their 4-0 victory and collected six strikeouts while doing so.

Revoir and Junior infielder Alani Nguyen led the team in hits that game with two each.

For their final game, the Warriors came out the gates hot. They scored in the first and second inning but that’s all they managed.

After they scored in those innings, Takeda-Bajan came in to finish off the game.

Chico State had a slow start offensively, although Stanislaus State had their own challenges on defense which caused them to forfeit their lead. 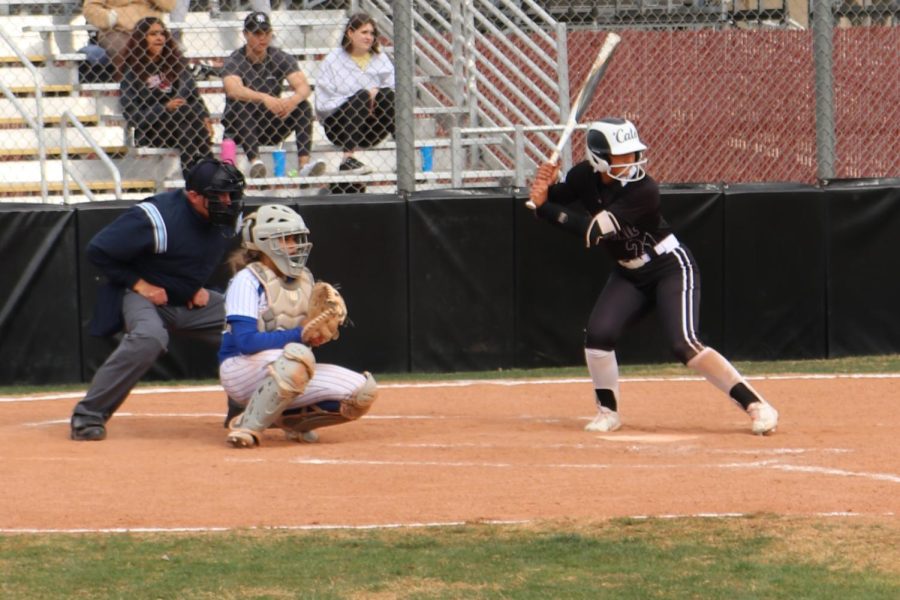 The Warrior’s catcher attempted to back-pick senior first baseman Reilani Peleti but threw it away and she was able to score, making it 1-2 in the fourth inning.

The following inning Pelleti says they were able to get going offensively by believing in each other.

“After our slow start, what helped wake up our bats was that we never doubted ourselves,” Peleti said. “We kept making adjustments at the plate until it clicked.”

Chico State was able to get three hits and score two runs, giving them a 3-2 lead.

With help from Takeda-Bajan she was able to protect the lead and the Wildcats earned another sweep this season.

Scoring off of Takeda-Bajan has been a challenge for teams throughout her last six pitching outings. She has lowered her ERA from 2.06 to 1.78.

“It’s important to win this last series for our standings, but it’s also a sentimental weekend for us seniors being that it is our last home series,” Peleti said.

This homestand will feature two of the hottest teams, Chico State has won 10-straight games while the Seawolves are sitting at noon.