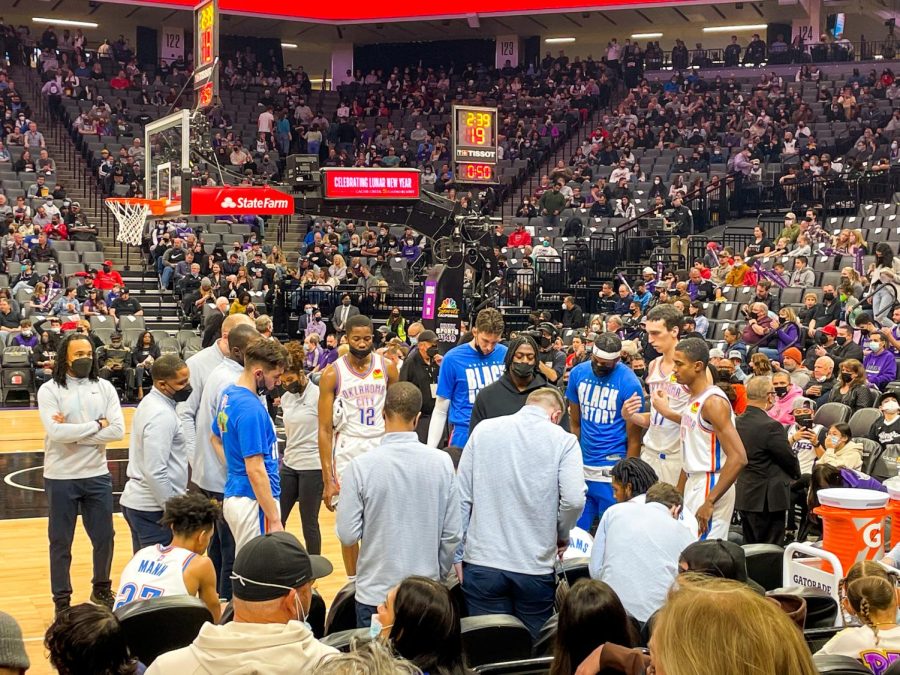 On Feb. 5, 2022, the Oklahoma City Thunder played the Sacramento Kings in Sacramento at the Golden 1 Center. The Kings defeated the Thunder 113-103.

Over the weekend, I scrolled through Twitter while the Cleveland Guardians and the New York Yankees played at Yankee Stadium. I saw Yankees fans start throwing trash after the walk-off win, this upset me because at the end of the day professional athletes are humans too.

Reason one: Athletes have mental health problems as well.

As an avid sports fan, I tend to watch a lot of games throughout the week, from Major League Baseball games, National Basketball Association games, Premier League matches and Formula 1 races. One thing that I always seem to get upset about is the fans’ lack of respect for the athletes.

People need to treat the athletes better because just like everyone else, they are human. To sports fans, professional athletes are viewed as role-models so when someone doesn’t play to their expectations, the fans can become frustrated because of their performances. This can lead to some players like Naomi Osaka, Ben Simmons and other athletes to take some time off from the sport to reflect and deal with mental health struggles.

I remember hearing the news that Naomi Osaka omitted herself out of the 2021 French Open because of mental health issues. In a tweet from Osaka, she addressed her battles with depression after the 2018 U.S. Open championship against Serena Williams.

After winning her first tennis grand slam she became more famous, which brought higher expectations from many fans of the sport. After reaching No.1 in the Women’s Tennis Association Tour single rankings she began to attract more media coverage, rightfully so.

But, that also led to her having to take some time off because she was covered in the media so frequently, as many tennis fans view Osaka as the next generational talent. In an article by Naomi Osaka for Time Magazine she says that the media focuses more on the subject, meaning the player than the object, meaning the match.

That’s what reporters have to do. People want to know what the player is thinking about their next matchup and what they thought about their last performance, it’s because fans want to know. However, this takes a toll on the athlete, and they deserve to be public with their feelings and emotions.

According to the American College of Sports Medicine, professional and elite athletes face mental health challenges, and data indicates that approximately 35% of elite athletes suffer from disordered eating, burnout, depression and/or anxiety. So if over one-third of professional athletes feel this way, why do fans treat them so poorly?

I’m not saying that sports fans are what’s causing athletes to have mental health issues, but with some of the things that people say about their performance, it can add onto the problems they are struggling with that the public is unaware of.

Ever since I started watching the NBA I have always been an Oklahoma City Thunder fan Even though the team is currently in the rebuilding process, I hate to see the slander that some former players have been receiving, more specifically, Russell Westbrook.

To give context, the Lakers traded for Westbrook in hopes of a championship run in this year’s NBA season. This trade was make-it-or-break-it for the Lakers, because they gave up young players and draft capital to acquire Westbrook and pay his $44 million a season salary.

The Lakers struggled this year, missing out on the playoffs and seeing star players suffer injuries like Lebron James and Anthony Davis throughout the season, which left fans to blame Westbrook for some of their struggles this season.

An Instagram post by Complex Sports shows fans in Toronto calling Westbrook, “Westbrick,” using the word brick in reference to missing a shot badly. Westbrook had a field goal percentage of 44, with the lowest in the NBA by Jalen Suggs at 36%. This also led to it becoming more personal to him, with people disrespecting the last name of his family, and his family receiving harassment and other threats by fans because of his performance.

There was also another instance between another fan and NBA player Jusuf Nurkic. In an Instagram post by Complex Sports, it showed that Nurkic threw an Indiana Pacers fan’s phone into the stands because of the things he said to Nurkic. It was reported that the fan called his mother “trash” and his grandmother a “bitch.” Back in August of 2020, Nurkic’s grandmother died from COVID.

I also think that this situation, with Nurkic being fined $40,000 because of the confrontation, should not have happened. Personally, that fan should have just been removed from his seat and kicked out of the stadium because what gave him the right to bring personal matters into a sporting event?

If Nurkic wasn’t a basketball player and he was just another fan and acted the same way, he wouldn’t have gotten fined $40,000 for standing up for himself and his family.

Reason three: At the end of the day, it’s just a sport.

For me, I grew up watching and playing sports, it has always been something that has played a role in my life, and it still does. I talk bad about the opposing team whenever I watch a game. It’s just the nature of the game. But to a certain extent fans need to appreciate and humanize these athletes. 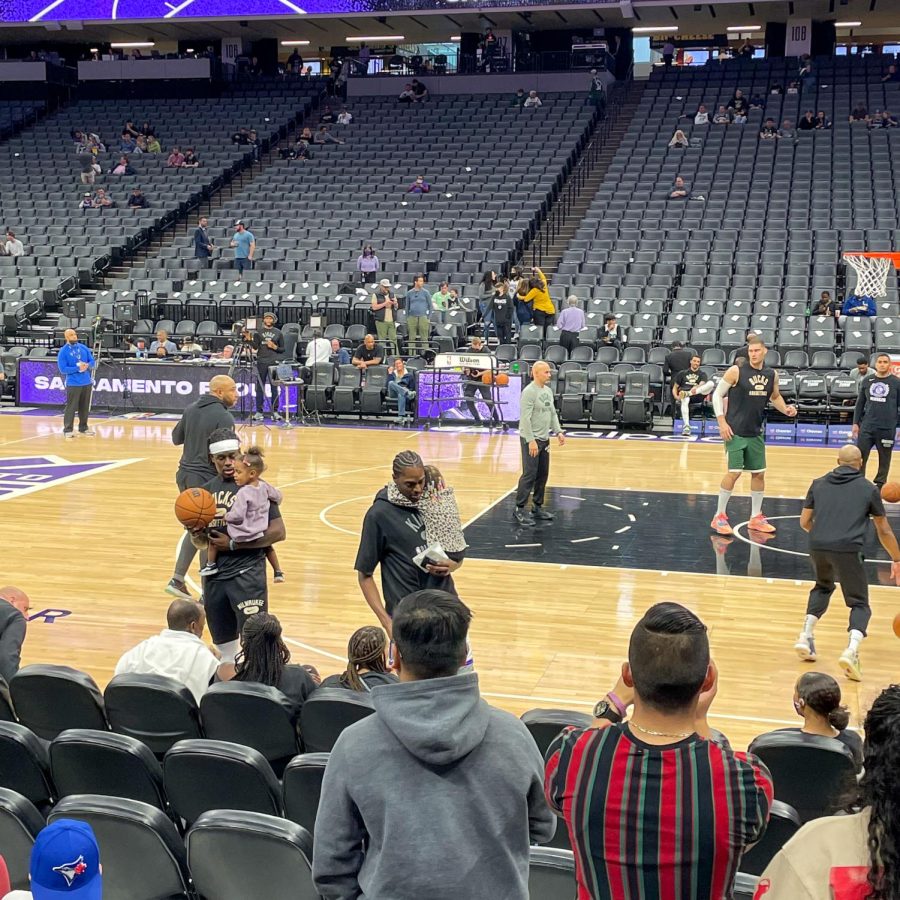 On March 16, 2022. Milwaukee Bucks guard Jrue Holiday and Sacramento Kings forward Justin Holiday met with one another before the game began. The Bucks defeated the Kings 135-126 at the Golden 1 Center in Sacramento.

For example, research by the National Collegiate Athletic Association shows that the likelihood of a Division One NBA draft eligible athlete going pro is just 1% and for other sports it varies. So anyone that is on the field, court, pitch or race track (Formula One has only 20 race cars) has put in the time and effort to be in the position they are in.

Next time you think about going to a sporting event, it’s alright to be against the opponent and for a fan to be rowdy, but when it becomes personal that is when someone takes it too far. These same humans created a different career opportunity to showcase their talents to sports fans all around the world, and we should appreciate that and respect them for it.