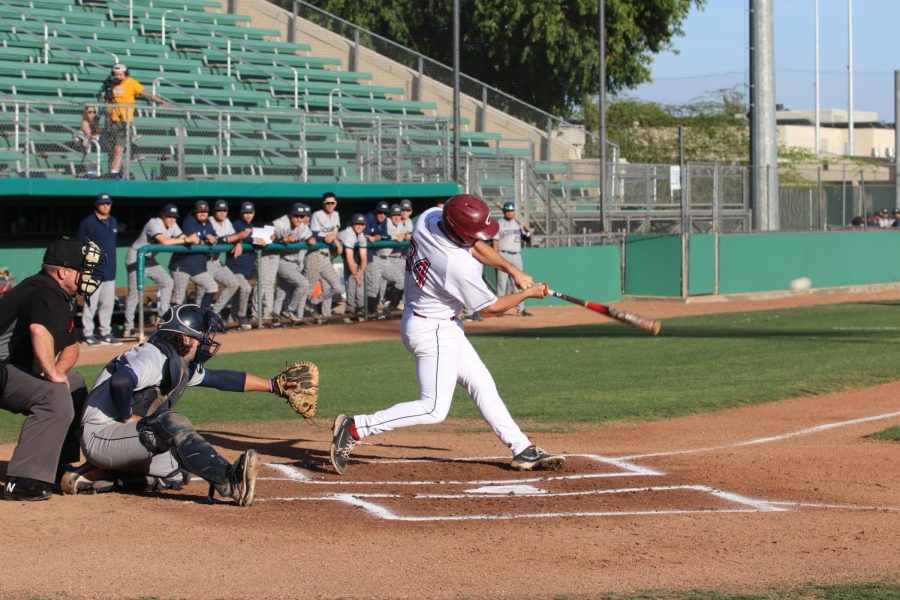 During the four-game series it looked as if Cal State Monterey Bay would walk away with four victories, but the Wildcats were looking for vengeance in their final home game.

Game one had two innings of silence until junior first baseman Willie Lajoie hit a two-run home run over the center field fence giving the Wildcats a 2-0 lead.

Their early lead soon became a slugfest as neither team refused to give up. Going into the ninth inning Chico State had the Otters’ backs against the wall with two outs and a 7-5 lead.

The Otters had no intention of losing, as they kept fouling pitches off and remained patient during each at-bat. As soon as Monterey Bay regained the lead, the home crowd’s energy was sucked out of them. 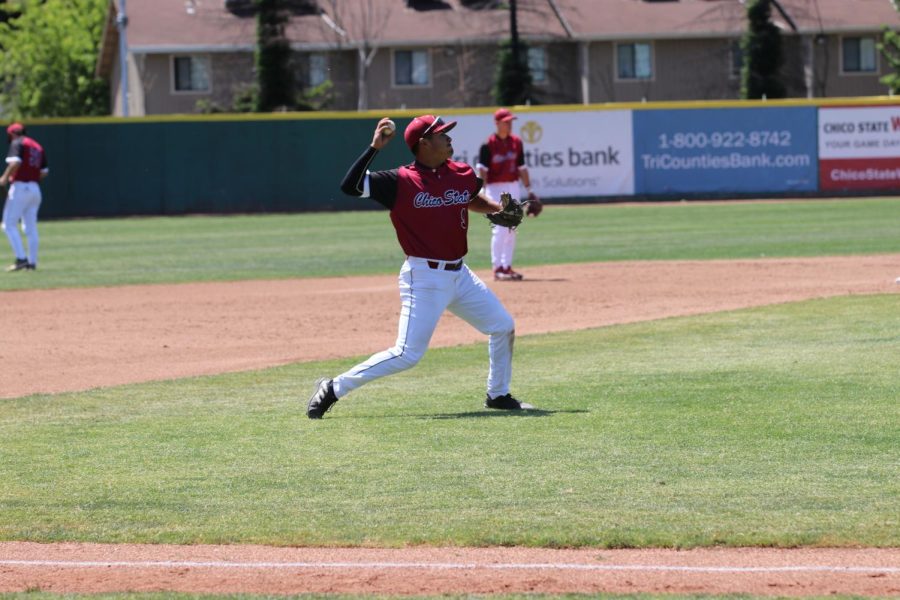 Unfortunately, with the offensive support the Wildcats provided, their pitching staff had trouble putting the Otters away and they were able to rally back in heartbreaking fashion, winning 7-8.

Regardless of the pitching staff’s performance, Lajoie had a perfect night at the plate going 4-4 along with a walk, and sophomore outfielder Kyle Dobson went 2-3.

“It came down to two outs and two strikes and we couldn’t get it done,” Ray said. “That’s just how the game goes, sometimes they got a couple big hits that got them the lead.”

Starting off with a clean slate in their second game, Chico State had a 1-0 lead in the second inning and kept the Otters scoreless until the fifth. 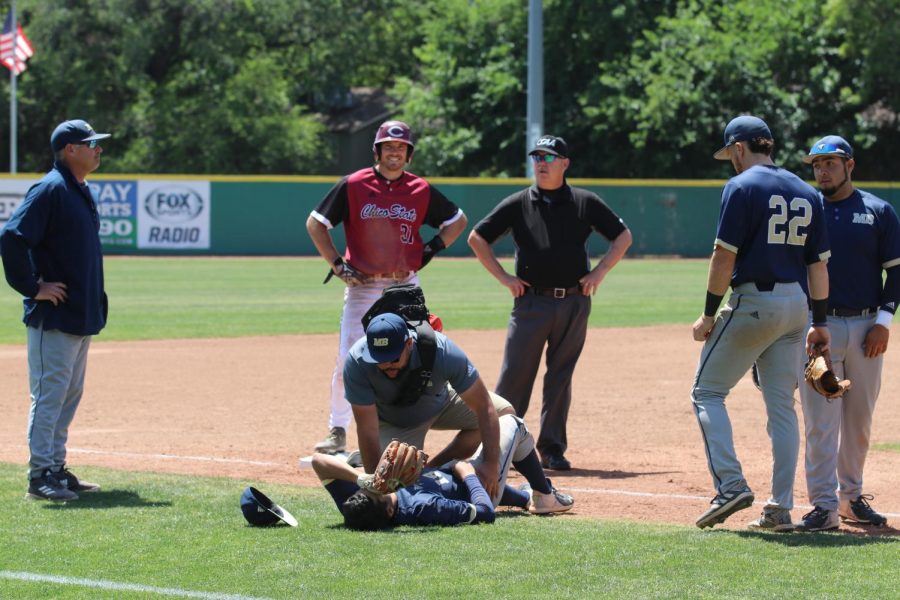 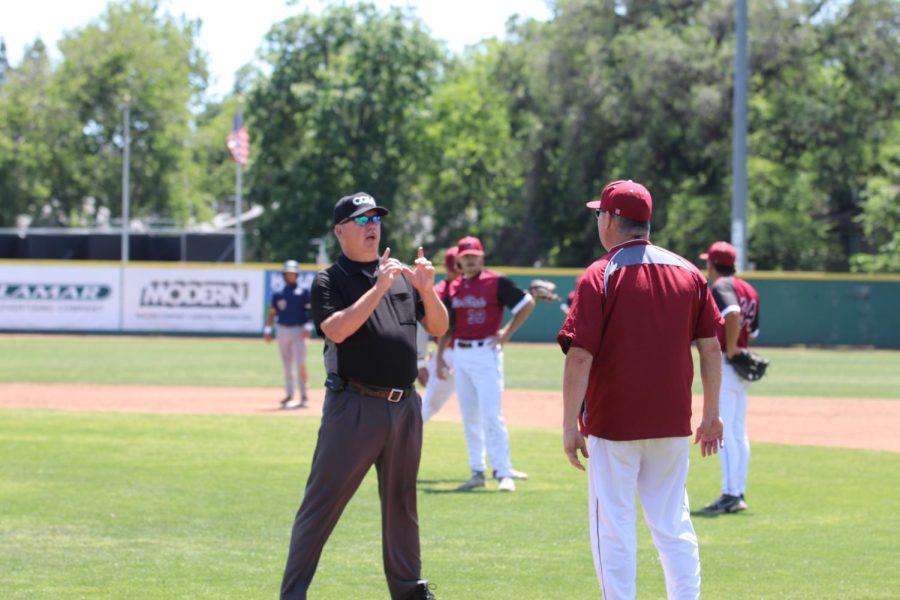 An umpire giving their explanation on a call at second base to Head Coach Dave Taylor.

Freshman pitcher Cody Gentry had six innings of work, and only allowed five hits and one earned run. He said trusting his pitch repertoire and defense got him through this outing.

“Monterey Bay is a great team but I just kept doing what worked for me the whole year,” Gentry said. “Trusting my stuff, executing off speeds and knowing my defense will get it done.”

Once the starting pitchers for both teams were taken out, the offense ignited once again.

In the ninth inning Chico State was down 6-5. Unfortunately the Wildcat pitching staff could not maintain the one-run deficit, losing 8-6.

In their second game of the double header on Saturday Chico State’s offense was nowhere to be found.

“They lead the league in pitching,” said junior catcher Jarret Lindsay. “We had a difficult time with the game three starter and he did a good job mixing different pitches in different counts.”

Monterey Bay’s only runs came in the second inning and sophomore starting pitcher Austin McFarlane was able to get through the rest of his pitching outing. 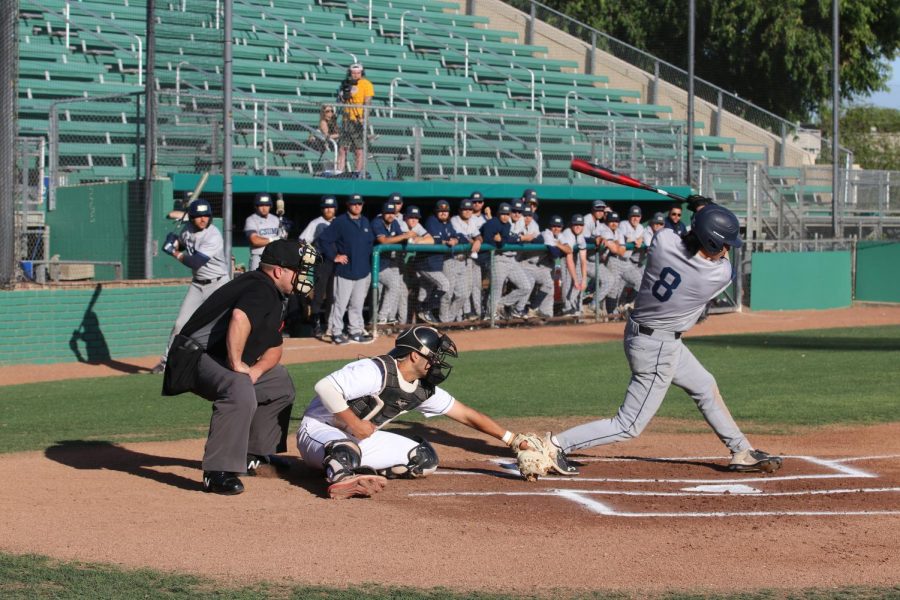 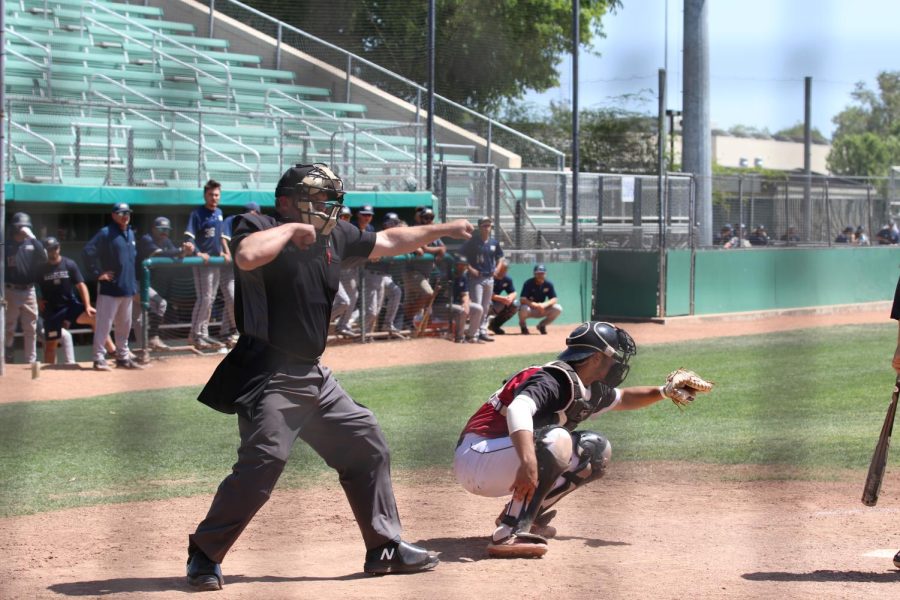 Unfortunately, while the bullpen was able to blank the Otters in the ninth,Chico State couldn’t find a way to chip away at the lead losing 1-4.

Despite losing three straight games the Wildcats managed to move past it all on senior day, Ray said, as they obliterated the Otters, 26-7.

“Everyday is a new day to win and what happened the first three games already happened,” Ray said. “So we just put it in the past and looked at our goal to continue to win.”

Sophomore pitcher Kevin Lyons earned his fourth win of the season in four innings of work.

Chico State managed to rack up 21 hits, six walks and only struck out six times across 45 at-bats.

Their final home game was neck and neck in the first three innings. Once Chico State took the lead they never looked back.

Seven out of the nine players who started had multi-hit games. Sophomore outfielder Grady Morgan and shortstop Elijah Jackosn led the team in hits with three each.

On top of that, history was made at Nettleton Stadium. Ray is now the 20th player in Division II history to hit two grand slams in a game. This marks his third one in his college career. 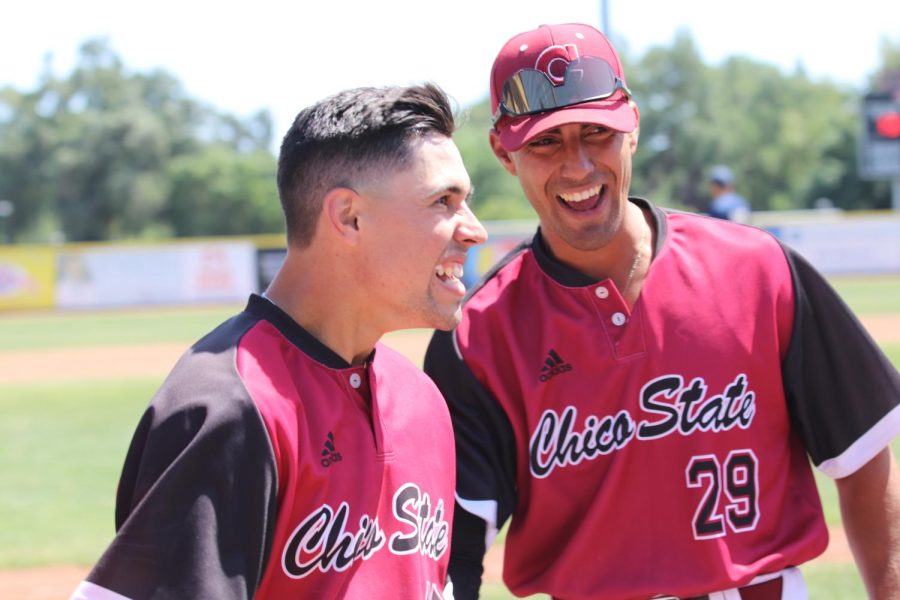 “It’s definitely a great accomplishment, to be the 20th player to ever do that is an amazing feeling,”  Ray said.

Chico State Baseball knows how important it is to win the remaining games, since Cal Poly Pomona is right behind them in the CCAA standings.

“This last series is extremely important to how our year could unfold,” Lindsay said. “ We need to focus on one game at a time and focus on winning innings in each game.”

To wrap the regular season up Chico State will head to Cal State East Bay for their final road series from May 5-7. Game one on Thursday starts at 3 p.m. On Friday their double-header starts at noon and 3 p.m. Finally, the series finale will begin at 11 a.m. on Saturday.