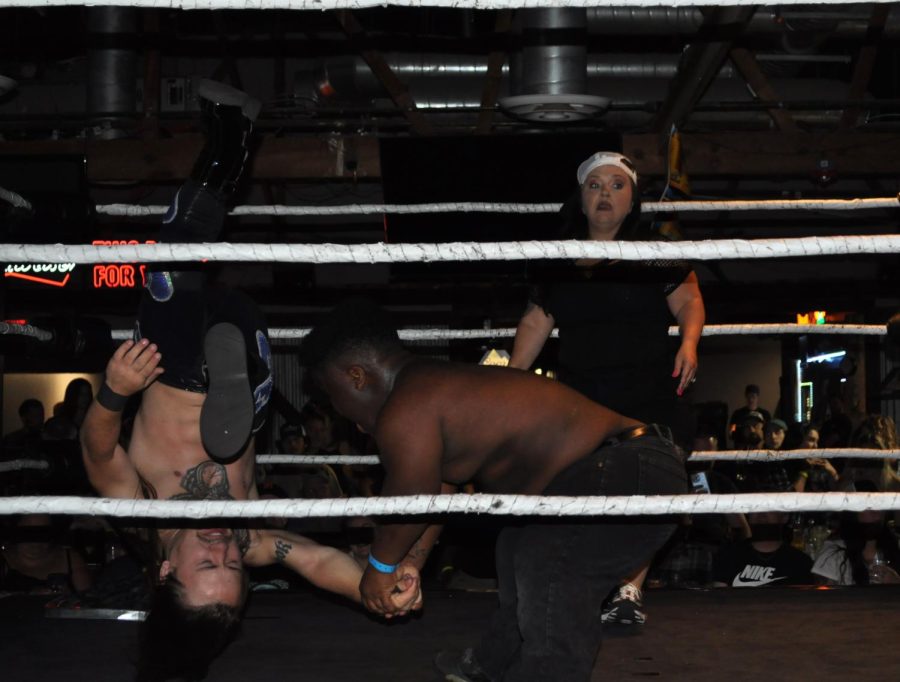 It’s an oddly cold, rainy night in the middle of June, and Chico’s The Tackle Box Bar and Grill is hosting Micro Mania, also known as the “Biggest Little Show In The USA.”

With tickets only $20, this unconventional form of entertainment was not something to be missed.

The event was hosted and founded in 2016 by Billy Blade, a pro wrestler of 20 plus years. 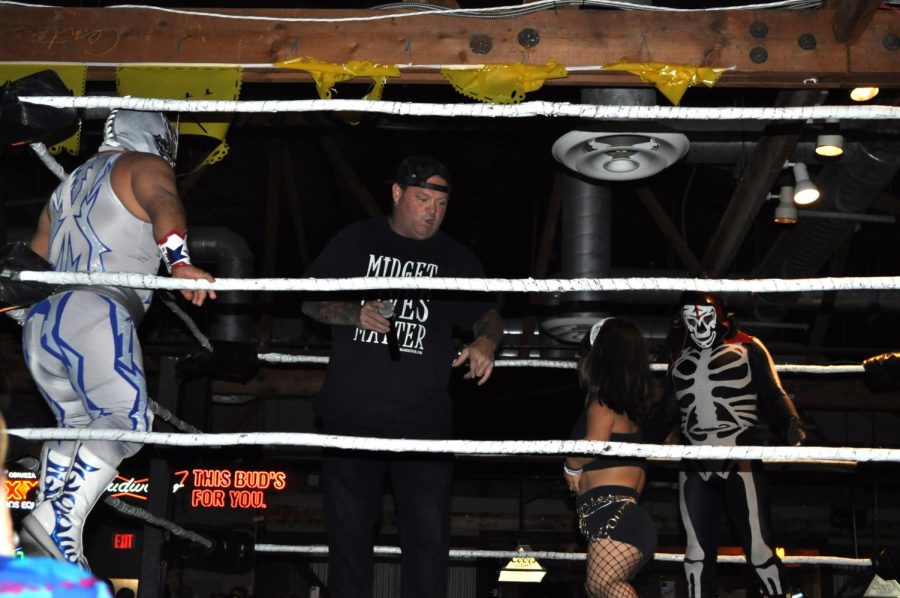 The night began with Max Mini, aka The Tsuky vs. La Parkita, and was refereed by Chica Chicana.

Tsuky dawned a Lucha Libre outfit, and La Parkita, a person not of short stature, was wearing a skeleton outfit with a matching mask. Blade served as commentator, adding little people jokes and other jokes that were related to the current political atmosphere of the new decade.

The crowd laughed, and it seemed like everyone was enjoying the event. 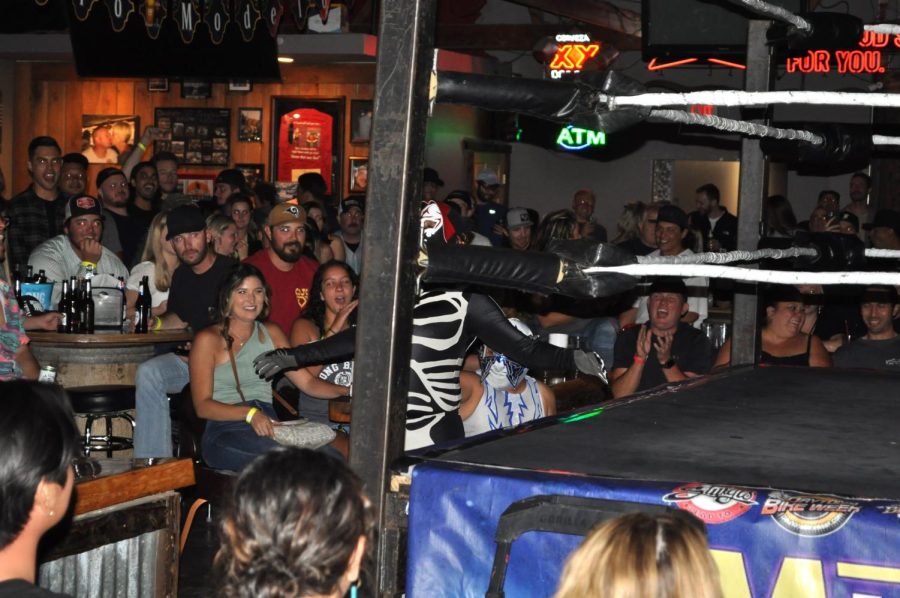 La Parkita (Skelton) and Tsuky (Luchador) outside the ring. Photo taken by Mario Ortiz on June 17.

After Tsuky and La Parkita threw each other around and got the crowd pumped-up, next up was 25 Cent and Dylan Michaels.

25 Cent, a 20-year-old originally from Jamaica, Queens, New York, has been part of Micro Mania for “about a year.”

Dylan Michaels, aka “Heartbreaker,” lived in Paradise up until 2009 or 2010. He’s a third-generation wrestler, following in the steps of his father and his grandfather who competed in the early days of dwarf wrestling in the 1950s. 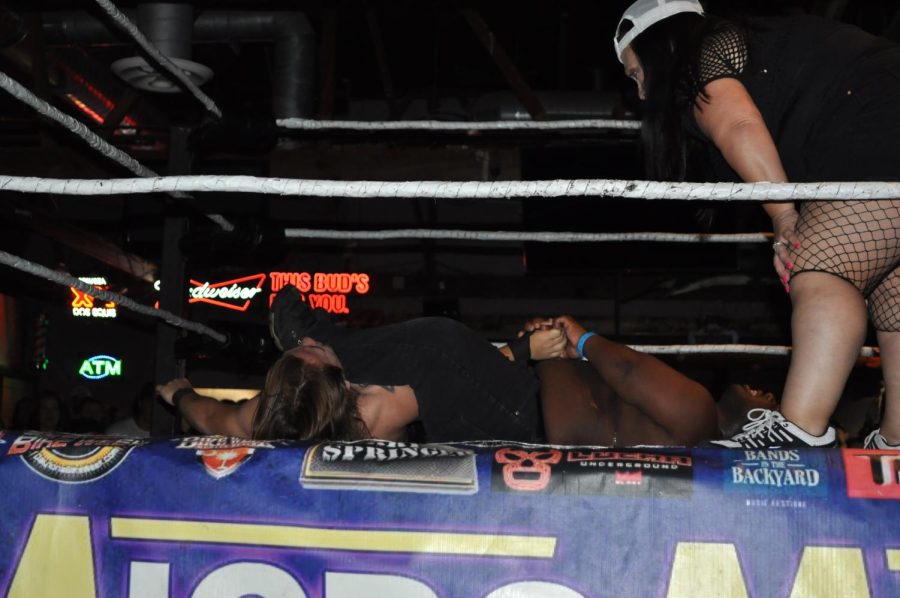 Tiffany Payne refereed 25 Cent and Michaels’ match. Payne has been part of dwarf wrestling for 20 years, and believes Micro Mania has had a positive effect on the community.

She explained why events like this can positively impact and normalize people of short stature.

“I know that we’ve helped a lot of people that had a fear of being around us, like they were scared of us,” Payne said. “And I was like, how can someone be scared of me? But I’ve actually seen it, you know? And it kind of breaks that fear.”

“I just think what we do brings awareness to people… I think it opens people’s eyes more, like, ‘Oh, they’re fucking cool as hell.’”

The match was a high point of the event.

The wrestlers flew through the air, tossing each other around the stage like rag dolls, and the crowd ate it up. 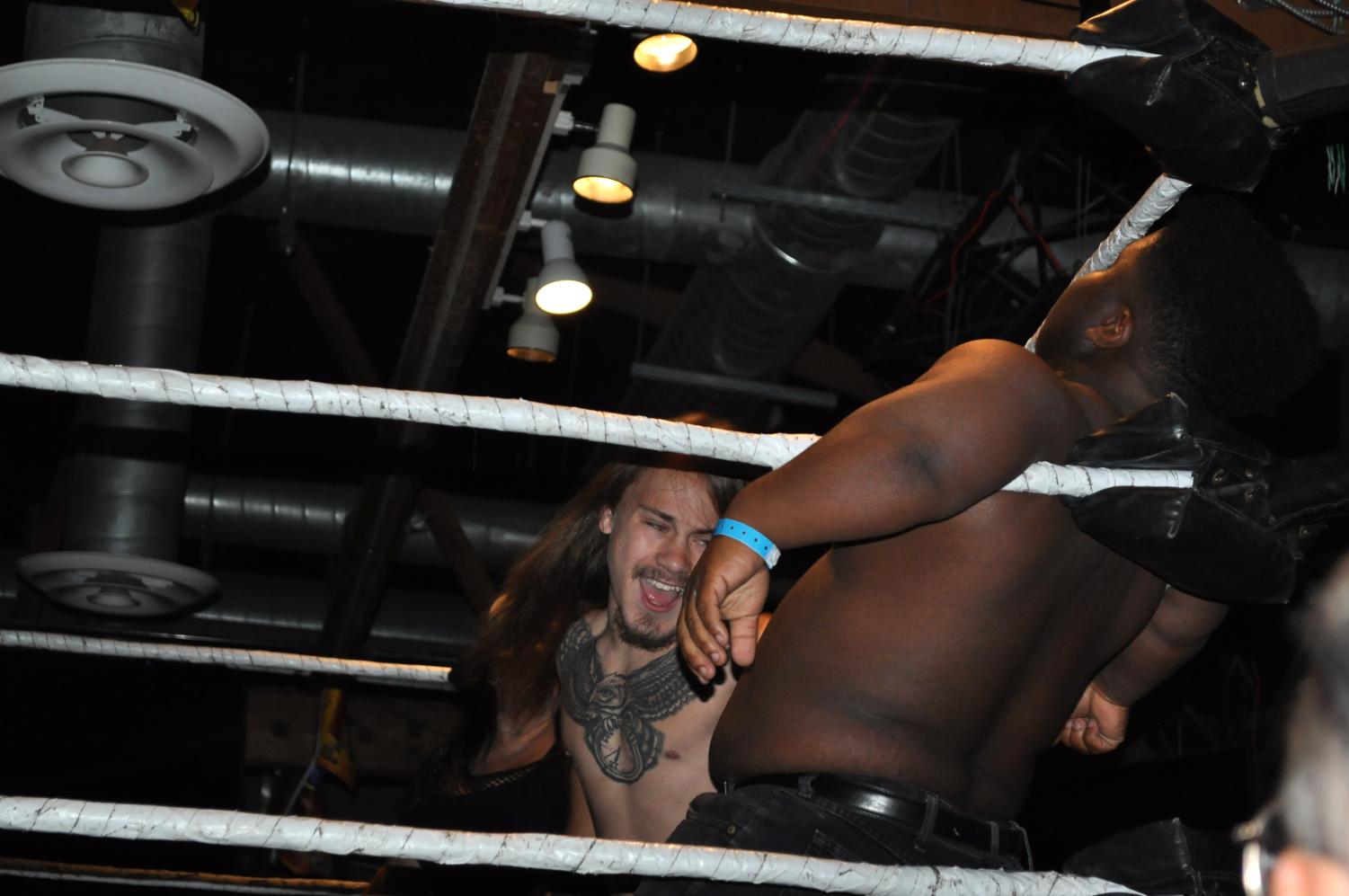 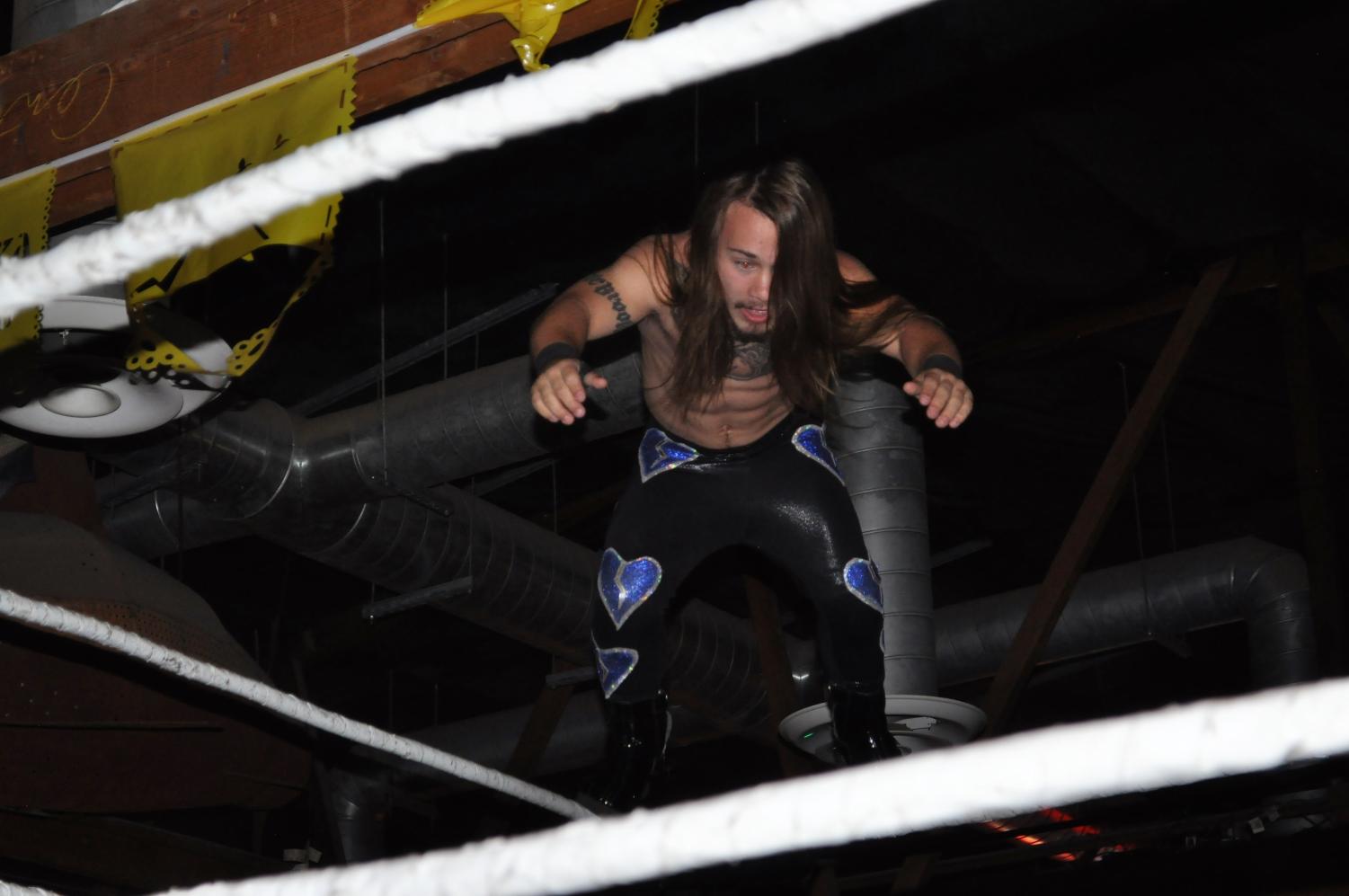 Even though both wrestlers delivered an excellent performance, Dylan Michaels came out on top.

The Tackle Box seems like every other generic American bar. It’s filled with all different walks of life, including students, older adults, couples, singles, that one group of guy friends on the prowl for the night and because it resides in Chico, there are more than a handful of cowboys.

Or at least men dressed in traditional cowboy apparel, such as boots, hats and pockets with the outlines of cans of chewing tobacco.

The bar was illuminated by neon signs that filled the walls, and right in the middle was the ring, with some foldable metal chairs scattered around it, taped off for special guests.

A merchandise table was set up near the door with a variety of apparel for sale, including beer koozies, buttons and a variety of t-shirts, with the most eye-catching being the ones that said “Midget Lives Matter.”

Some bar-goers may have felt uneasy or unsure about attending the event. While it was a unique and extremely entertaining experience, some may see the event as superficial or even offensive.

However, it doesn’t take much digging to discover that “midget wrestling” — an offensive term —  has deeper roots, and that this event has had a positive effect on many lives.

Realistically, it can be traced back to the 1950s with wrestlers like Sky Low Low, who was part of the Canadian National Wrestling Alliance and is one of the smallest entertainers in WWE history, and Little Beaver.

A video from Wrestling Films

The use of the word “midget” is only used when referring to entertainment, due to the term commonly appearing in the titles of performances and organizations.

The word is highly offensive to people of short stature.

After the first two fights had declared their winners, Micro Mania had an unorthodox intermission that kept the crowd entertained.

“Grind on the midget,” a dance concert where people from the audience had to grind or twerk on two of the dwarf wrestlers in the middle of the ring attracted its fair share of applause and wide-eyes.

After the dance concluded, a winner was decided by whoever the crowd cheered for the loudest.

The final brawl included all the wrestlers in the event and was nothing short of a crowd-pleaser.

Some of the event’s die-hard fans stayed after the show to get their heads smashed with trays by the wrestlers, and got to take home a signed tray. 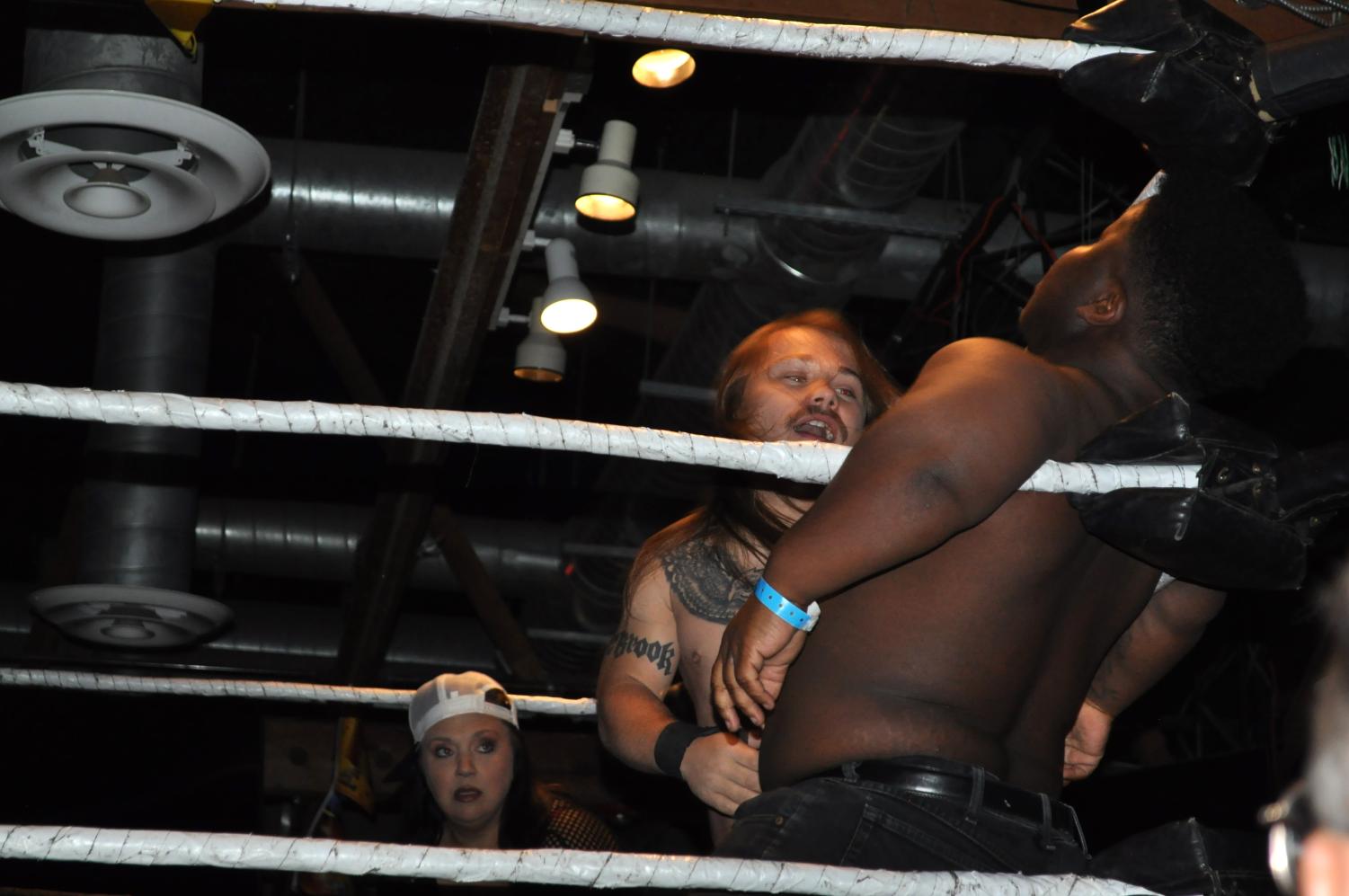 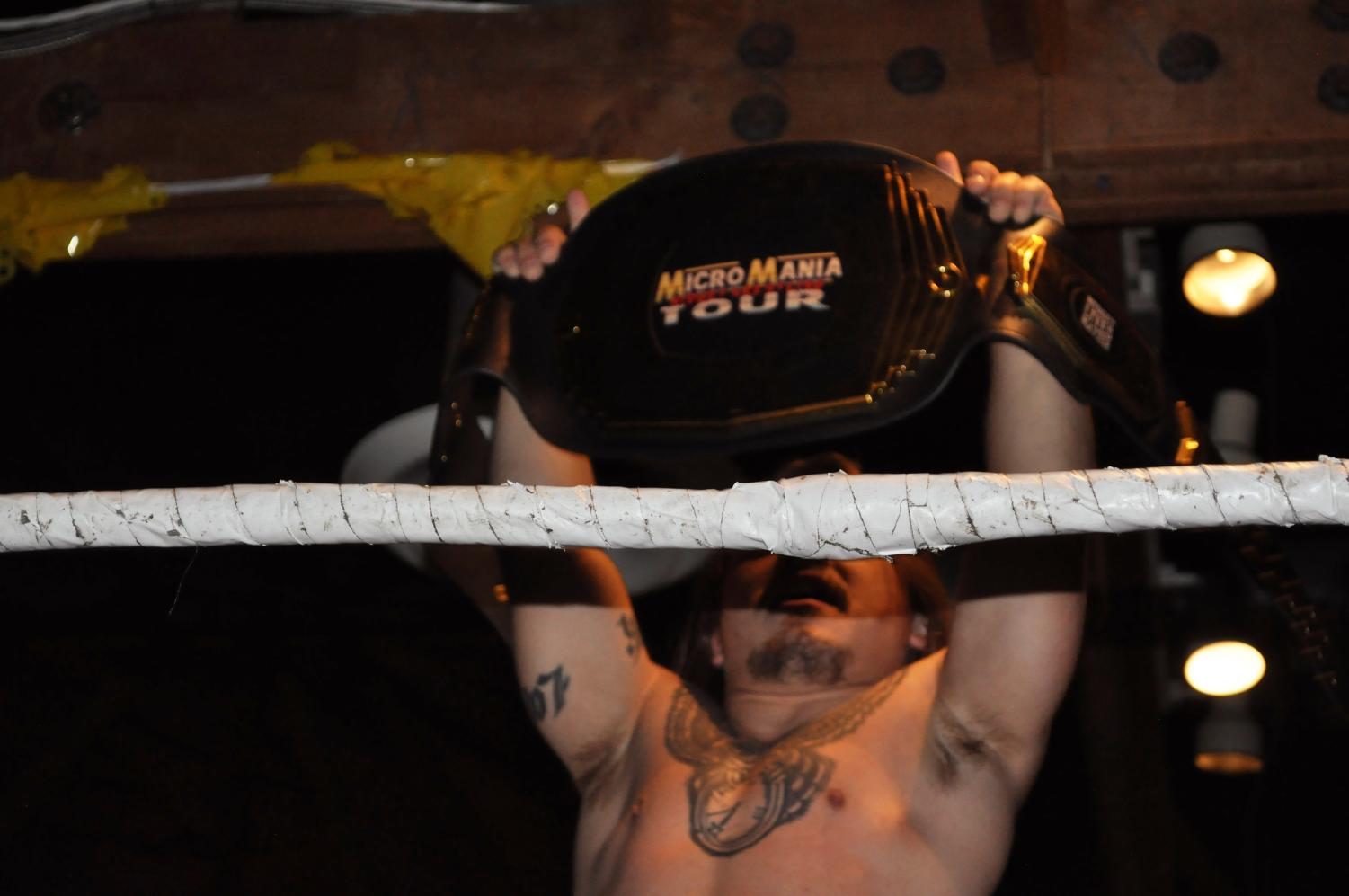 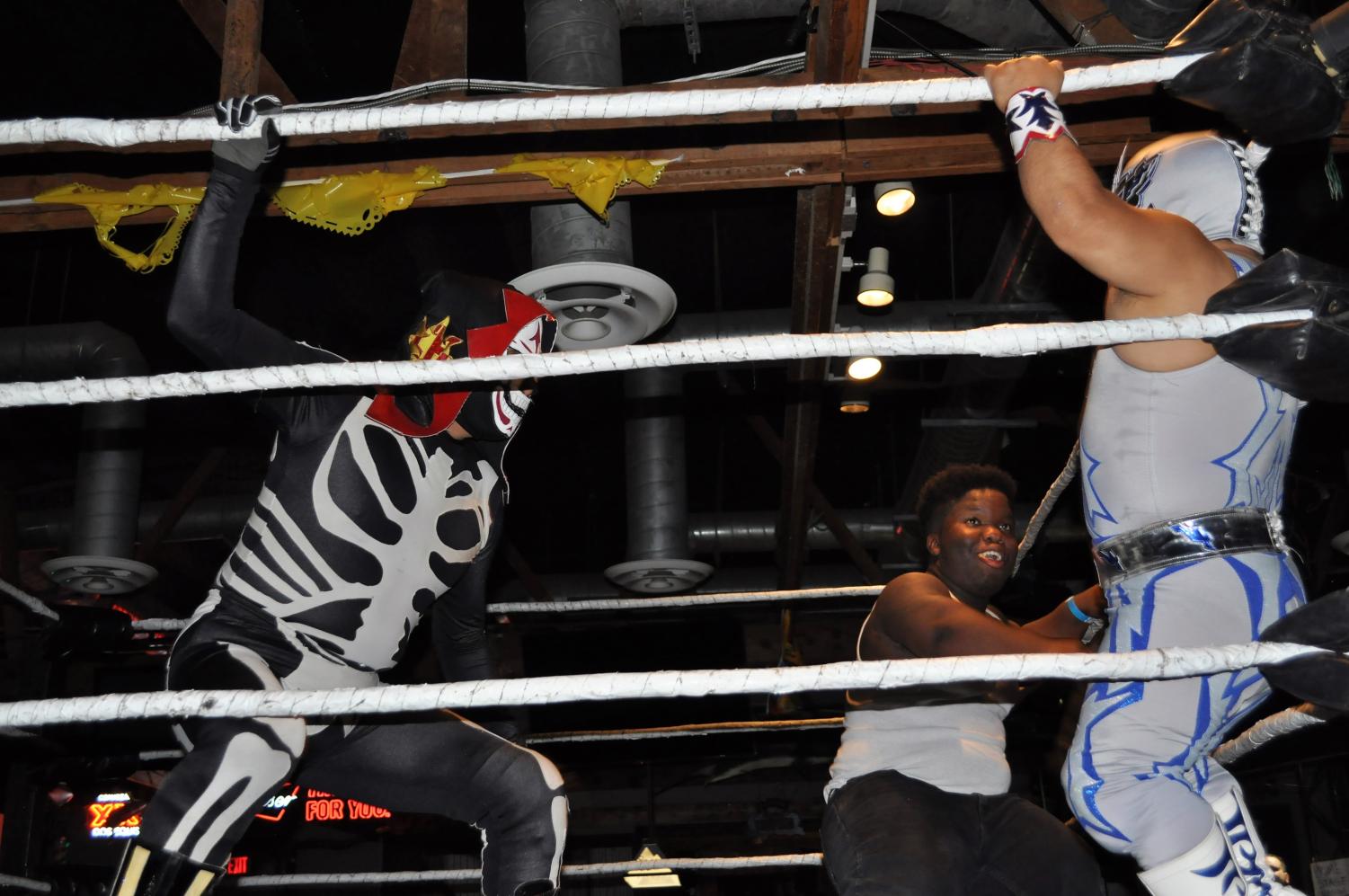 La Parkita and 25 cent teaming up against Tsuky. Photo taken by Mario Ortiz on June 17