Risk regret by getting hitched too soon 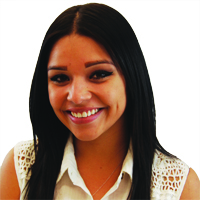 Students have many pressures after college, and marriage shouldn’t be one.

Young adults often assume that they are entitled to spend an average of four to five years in college, graduate and eventually get married.

With almost two years of college under my belt I’ve realized how fast time is passing me by, which only makes me worry more about the societal pressures of starting a family soon.

Many young women believe they need to rush into marriage and have babies before they get too old, but extensive research proves that a woman’s biological clock doesn’t stop at age 25.

In fact, as of 2012, the Council on Contemporary Families states that 40 percent of all babies born in the U.S. are to women over 30.

It’s important for couples to talk about their views on marriage and children to gain better insight on whether or not their partner is on the same page.

Having just turned 20, I already feel the pressures of being an adult every day. It doesn’t help that I now have to add “finding a future husband” to my to-do list.

Some students are lucky enough to have found their college sweetheart already, but this could also add the pressure of taking their relationship to the next step, which usually means getting married.

Many want to move to the next level after they’ve been dating for more than five years, because of the well-known five-year plan — when partners reach their five-year mark and almost instantly wish to discuss marriage, children and growing old together.

However, I believe that there shouldn’t be a need to rush things if two people are in a strong and healthy relationship.

As if committing wasn’t enough stress for relationships, marrying at a young age could result in a higher risk of getting divorced. Sixty percent of couples who marry between the ages of 20 and 25 end up divorced, according to the National Center for Health Statistics.

I have firsthand experience with divorced parents, so the last thing I want to do is put myself in a
position where my child might feel the absence of a parent like I did.

Whether or not couples are feeling 100 percent confident in their relationship, making a decision too soon could have heartbreaking consequences that involve more than just the people in the relationship.

Taking the extra time to date longer and learn more about a significant other will always be worth it.

How much can someone really know about a person they met freshmen year? Considering the changes students go through, are they still that same person by senior year?

Students in their 20s are discovering who they really are, so they owe it to themselves to carefully decide what they want before making a
decision they could regret for the rest of their lives.

Veronica De La Cruz could be reached at [email protected] or @Veronica_dlc on Twitter.