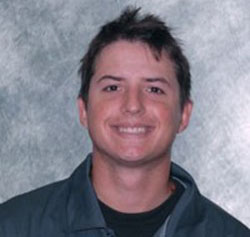 Playing the first game for a new team is a unique experience for athletes. It’s like starting a new job — a player must perform at a high level in order to gain respect from their teammates and coaches.

A few players recently found out firsthand what that pressure is like.

“I was definitely very nervous for my first game,” said junior pitcher Alex Mistuloff. “I almost don’t remember what team we played. I was super nervous, but once I got out there on the field I knew my teammates and the fans were there to support me, so I felt a lot better.”

Mistuloff transferred from the University of Tennessee last year to join the Wildcat baseball team during spring training. The Wildcats quickly figured out that he would become useful on the pitcher’s mound. Mistuloff started his Chico State debut during the ’Cats Feb. 6 sweep of Azusa Pacific University with four shutout innings, three strikeouts, no walks and only five allowed hits.

Mistuloff was not, however, alone on his debut. The Wildcat coaches decided to start three other pitchers against the Cougars, including first-year Clayton Gelfand.

“It was a thrill ride to say the least,” Gelfand said. “I’m younger, so I get some great advice from teammates who have been doing this for a long time, so they helped ease my nerves a bit.”

Gelfand pitched one inning for the ‘Cats, allowing a single hit and one walk. To end the inning, he struck out two and threw a man out at first after snatching up a grounder hit in his direction.

“It’s a completely different level compared to high school,” Gelfand said. “The intensity is higher, it’s a quicker game and the atmosphere is electric.”

Pitchers Luke Barker and Brad Lohse were among the other ’Cats that made their debut. Barker only threw 7 pitches in his lone inning and Lohse only allowed one single during his two innings of relief.

The baseball team wasn’t the only one to show off new ’Cats. Sarah Rebibo, junior guard for the women’s basketball team, is playing her first season as a Wildcat. Rebibo transferred from Citrus College in Glendora before last semester and was on the court against UC San Francisco for her first game.

“It was very exciting, of course,” Rebibo said. “Obviously, I was a little nervous and the competition was something I was not used to at all. The people I played with at my other school were not on the same level as my teammates here.”

Rebibo understood that coming to Chico meant trying to gain the respect of her teammates and that meant playing well, she said.

“The relationships with my teammates were a bit distant at first,” Rebibo said. “But now we are a more tightly-knit group than I’ve ever experienced. Chico is on a completely different level than other schools.”

Lee Masten can be reached at [email protected] or @lee23masten on Twitter.