Girls get smegma too: Things I wish I learned in sex ed

How adolescents are taught to fear STDs and how this stigma leads to anxiety. 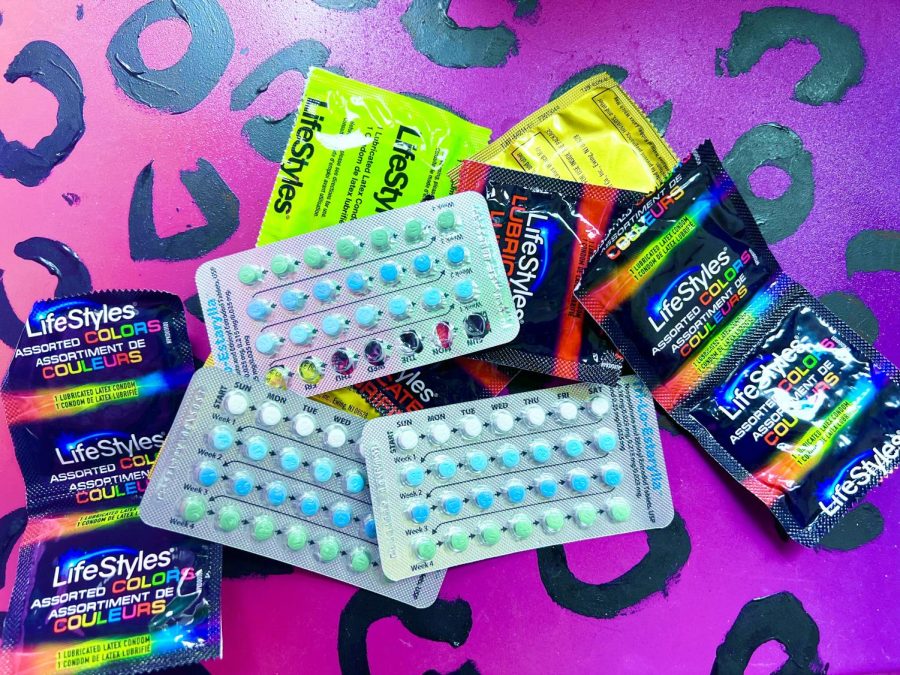 At age 20, I found out pee does not come out of the clitoris. I am a woman with a vagina.

Needless to say, the sex education I received in high school was comically brief. Outside of school, my parents never talked to me about sex, but my mom did let me know about menstruation when I was 9-years-old. Upon hearing this unfortunate news I proceeded to cry and said that I should have been born a boy. After that we never had another sex talk.

What I did learn in sex education was that STDs are terrifying. This was my biggest take away.

During health class our teacher clicked through slides of worst case scenario STD symptoms while the class laughed, cringed and even cried out in horror. Our teacher did not scold us for being immature, but instead nodded in agreement.

The vagina has many — let’s call them “quirks.” Whenever I experienced one of these “quirks,” I thought I had an STD, resulting in immense anxiety.

Let’s start with smegma. According to Healthline, “Smegma is a secretion of the oil glands around the genitals.” When you hear about smegma you typically think about penises and foreskin.

We aren’t taught that women experience smegma. Of course we learn about discharge, but that’s what ends up in your underwear. Smegma on the other hand, is tucked away in the folds of the vagina.

Not knowing what smegma was, and seeing thick, white paste in my labia was already concerning enough. But seeing keratin pearls truly gave me the fear that something had gone terribly wrong.

They can also be pretty painful, especially if you try to remove them, which you shouldn’t. Basically, any medical website you look at will tell you not to try to remove keratin pearls.

Of course I tried to remove them. To get them out I would squeeze the pearl until it came out. They don’t pop because they aren’t liquid. It’s like pushing a grain of sand out of your clitoris.

This was very painful and I do not recommend it. If they aren’t bothering you just leave them alone. If they are really bothering you, there is a delightful sounding procedure that involves, “breaking up the adhesions with a fine metal probe and then removing the keratin pearls,” according to The Centers for Vulvovaginal Disorders.

Side note: “Clutching my keratin pearls,” was an alternate headline to this article.

Other than keratin pearls, I also thought the pimples on my ass were the result of an STD. They were not, but they also weren’t pimples.

Ask any girl and they’ve probably dealt with what we commonly think of as “ass pimples.” The technical term for these outbreaks is “folliculitis.” Folliculitis is typically caused by a hair follicle becoming infected.

According to Medical News Today, “A pimple is a result of a pore becoming clogged. A boil, or furuncle, is a pus-filled lump caused by bacterial infection.”

These bumps are not the result of an STD. Instead they are actually God’s sixth plague, boils.

The difference between pimples and boils isn’t really significant. If the boils are persistent or bothersome you can get them drained, but often they go away on their own.

It’s just the idea that they are boils that makes them seem so gross and worse than pimples.

I could go on and on about the normal tribulations of vaginal health that I thought were STDs. Honorable mentions include yeast infections, urinary tract infections and ingrown hairs (the classics).

The problem with the sex education I received is not only the lack of depth but also how I was taught to fear STDs.

My sex ed teacher discussed many things that could go wrong, but failed to mention the things I would experience from just having genitallia in the first place.

Even though my sex education was lacking, I was lucky to go to school in one of just 17 states that requires medically-accurate sex education. Oklahoma in particular does not require general sex ed in schools, but does require that HIV prevention is taught.

Oklahoma’s HIV prevention curriculum focuses on abstinence and emphasizes that gay sex and promiscuity are, “primarily responsible for contact with the AIDS virus.” At least in California I wasn’t taught abstinence-only-homophobia.

Regardless of your state’s laws, there’s room for improvement. In high school I was taught to fear STDs and that the only way to be absolutely safe was abstinence. Much like the only way to avoid car accidents is to not drive.

We did get the birth control spiel. Including but not limited to diaphragms, dental dams and “con-dams.” I did learn important information. But when it came to STDs the message was clear: if you contracted one you were disgusting.

STD prevention is important to learn. Nonetheless, we shouldn’t be taught that because a disease or infection is contracted during sex it is more morally shameful than non-sexually transmitted diseases.

Going through puberty and finding out about sex is already confusing and troubling enough. Adolescents, especially women, need more general information about their genitalia before even getting to STDs. Then, by taking the stigma and fear out of sex ed, teachers can properly inform students without causing unnecessary anxiety.

Molly Myers can be reached at [email protected]