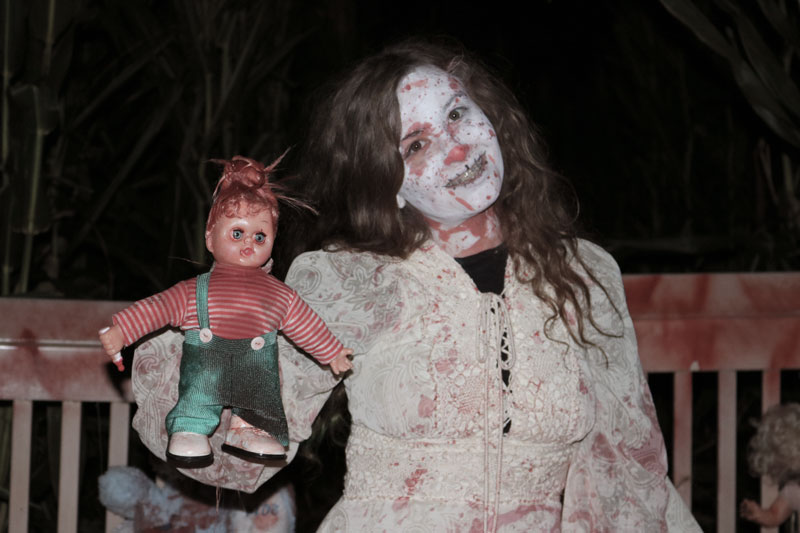 One of the 50 actors in the haunted corn maze. Photo credit: Matthew Manfredi

One of the 50 actors in the haunted corn maze. Photo credit: Matthew Manfredi

Fifty-three arrest were made this Halloween 2016. In comparison, 58 were made in 2015 and over 41 in 2014, according to a Chico Police Department press release.

Most arrests made this year were local non-students and CSU students. Friday and Saturday nights were active with large crowds in the south campus area of Chico.

“When we have situations like that we needed to address those situations, when those tragedies occur what can we do as a community to come together to make sure that these things don’t happen,” Nguyen said. ”With these events that have happened it’s a really clear message that we value your safety and you should as well.”

Safety and intentional decisions are crucial during this historically busy weekend, Nguyen said.

“If you don’t have your basic needs met how are you going to have the best college experience if you’re worried about your safety,” he said. “No student should feel as though they can’t be safe in their own environment.”

Amanda Hovik can be reached at [email protected] or @theorion_news on Twitter.