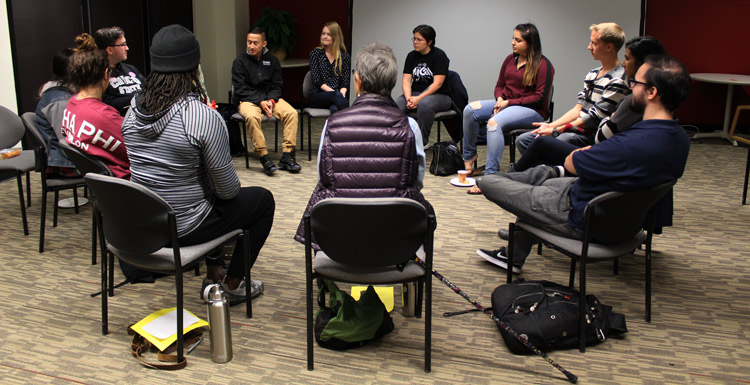 Students talked about themes of fear, shame and grief during the post-election forum for Democrats Nov. 16 in the Bell Memorial Union.

Students gathered in four groups where they discussed their feelings after the election and support systems they needed. The 3-hour discussion was moderated by Chico State and Butte College staff.

“I think people need to talk things through,” Associated Students President Michael Pratt said. “They needed a place to express themselves in a civil discourse, and begin to engage with all the different complexities of what’s happened, and to try to go from a nebulous ‘this is what happened’ to ‘how do we move forward.’”

After the group conversations, the more than 50 students in attendance formed one large group and proposed ideas for helping each other through the next four years.

A forum for local Republicans will be held in University Housing’s “The Hub” Thursday from 5 to 8 p.m.

A town-hall meeting for Democrats and Republicans will be held on Dec. 5 from 4 to 7 p.m. in the Bell Memorial Union auditorium.