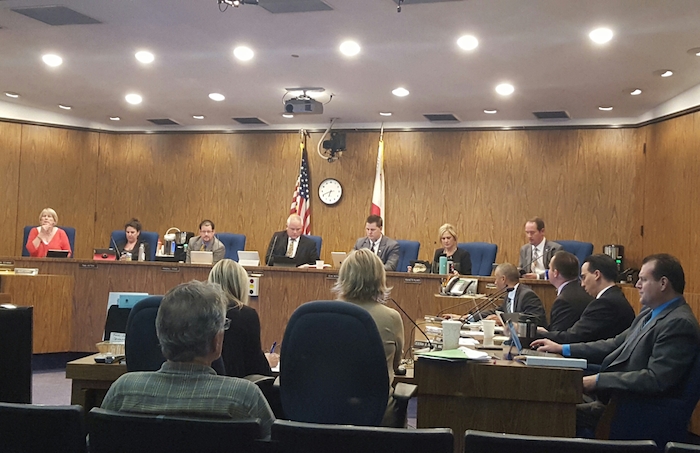 The Chico city council approved an amendment to the noise ordinance that allows for citations to second offenders. Photo credit: Lauren Anderson

The Chico city council approved an amendment to the noise ordinance that allows for citations to second offenders. Photo credit: Lauren Anderson

Sean Morgan, a lecturer at Chico State, and Reanette Fillmer were elected as mayor and vice mayor of Chico at the City Council meeting on Tuesday.

Morgan was unanimously elected after the current mayor, Mark Sorensen, nominated him. Morgan holds a Bachelor’s and Master’s degree in business from Chico State, and he currently teaches in the College of Business. He was elected to the Chico City Council in 2012 and served as Chico’s vice mayor for the last two years. He will serve another two-year term as mayor.

Council Member Reanette Fillmer was also elected vice mayor in a 6 to 1 vote, with Council Member Ann Schwab dissenting. Fillmer graduated from Chico State with a degree in public administration. She has been a city council member for two years and will serve a two-year term as vice mayor.

Morgan and Fillmer are Republicans and they both cite balancing the city’s budget and increasing public safety in their platforms.